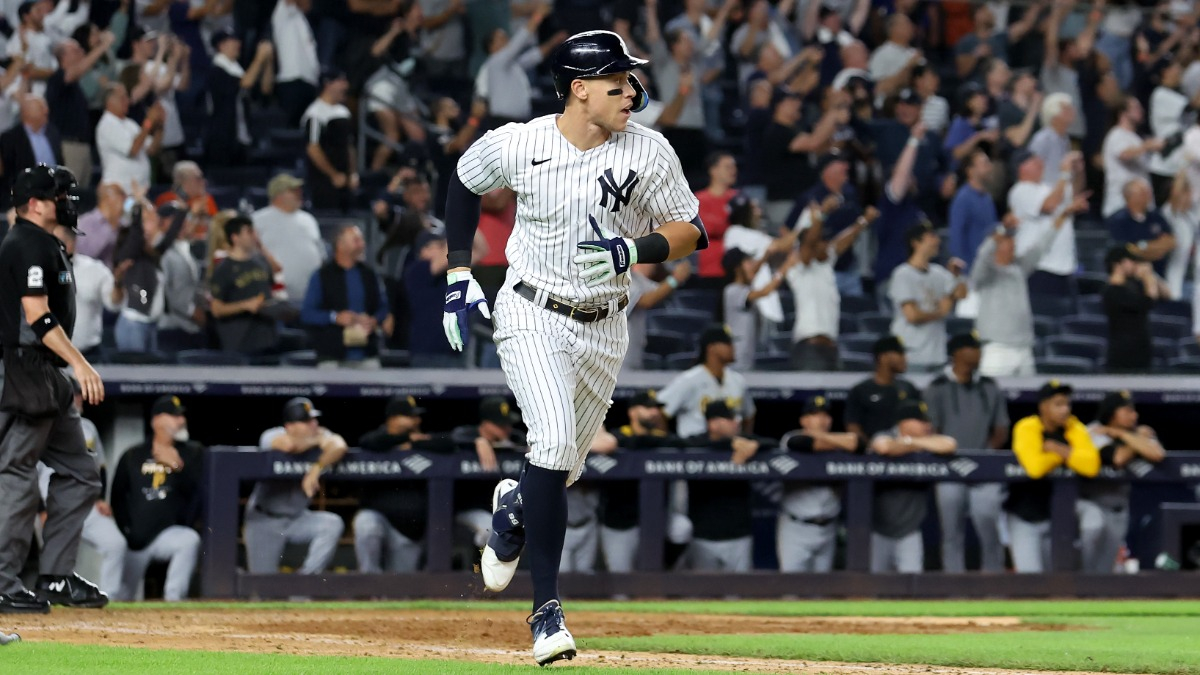 The New York Yankees continue to sit back and enjoy the show Aaron Judge is putting on at the plate as the right-handed slugger is inching closer to the all-time American League home run record.

On Tuesday, against the Pittsburgh Pirates, Judge got even closer.

In the bottom of the ninth inning with the Yankees trailing four runs, Judge kicked off an epic five-run walk-off rally. The 30-year-old AL MVP favorite launched his 60th home run of the season, a solo blast off Pirates right-hander Wil Crowe’s 3-1 95 mph sinker.

The big fly tied the mark of baseball great Babe Ruth, who hit his career-best 60 home runs with the Yankees during the 1927 campaign.

Judge now sits one round-tripper shy of tying the all-time AL home run, originally set by another former Yankees slugger Roger Maris during his AL MVP-winning season in 1961. Should Judge connect on at least two more homers before the end of the regular season, the soon-to-be unrestricted free agent would overtake the (ironically) 61-year-old record.

Judge finished 1-for-4 at the plate with his historical tone setter before handing off to teammate Giancarlo Stanton, who delivered an electrifying walk-off grand slam to give the Yankees their 89th win of the season.