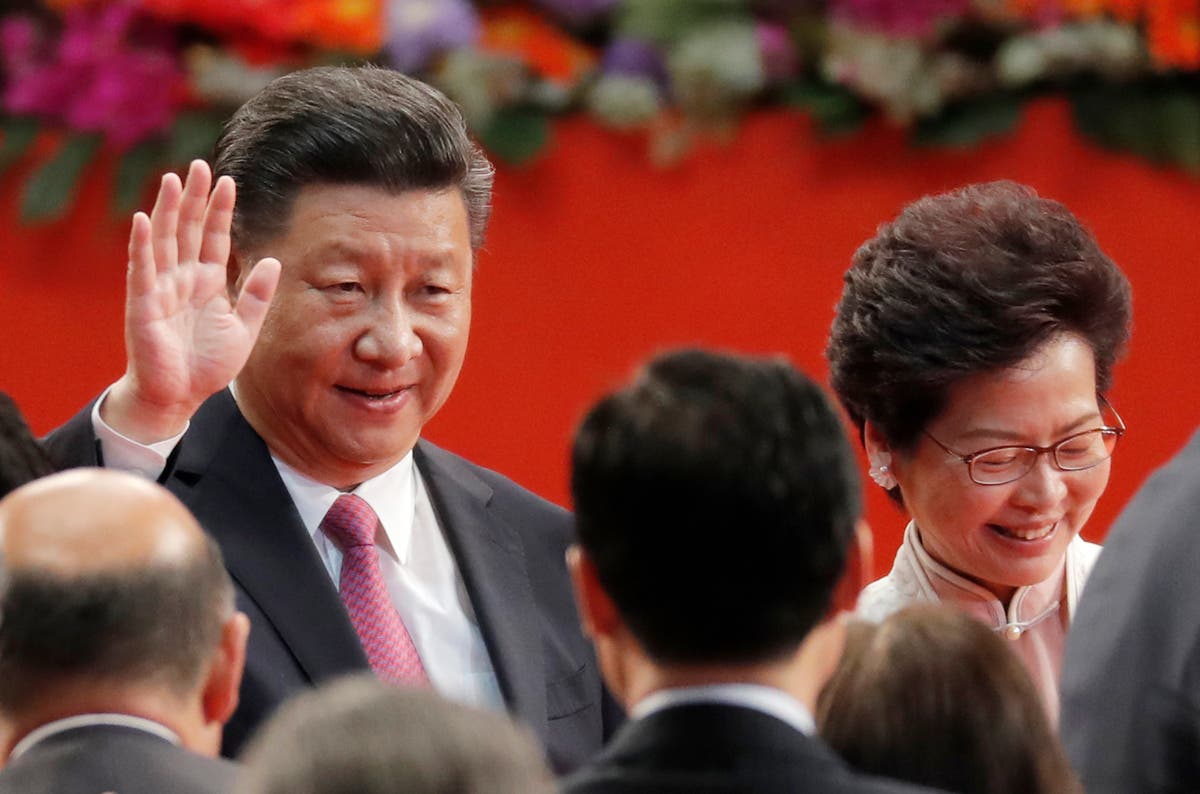 Xi Jinping will “attend” the next week’s celebrations of the 25th anniversary of the return of Hong Kong to China and the swearing-in ceremony of Hong Kong’s new chief executive Jon Lee, state media reports have said.

However, it remains unclear whether that would be a physical visit to the former British colony that remains embroiled in protests after a crackdown on the pro-democracy movement.

On Saturday, the Chinese government’s official Xinhua News Agency said Mr Xi will participate in a meeting for the anniversary and the inauguration of the newly appointed chief executive. But the announcement gave no other details.

It left the door open for speculation on the nature of the attendance of the Chinese president, who has addressed a range of international gatherings through video conferencing in the last two years.

If Mr Xi decides to make a visit in person, it would be his first outside of mainland China since the start of the pandemic over two years ago.

Mr Lee and his predecessor, Carrie Lam, both issued statements thanking Mr Xi for participating in anniversary celebrations but didn’t clarify whether he would visit Hong Kong.

The anniversary is one of the highest-profile political events in a year when Mr Xi is widely believed to be trying to break with tradition and award himself a third five-year term as party leader.

He is already the most powerful Chinese leader since at least the 1980s and wants to be seen as leading a “national rejuvenation” amid a military buildup and more assertive policy abroad.

This would also be the first time Mr Xi will be in Hong Kong since Beijing imposed the sweeping national security law in 2020 following protests that erupted over a proposed extradition law and spread to include demands for more democracy.

Many activists, journalists and politicians have since been arrested under the government’s brutal crackdown on any kind of dissent, including Jimmy Lai, former publisher of the defunct pro-democracy newspaper Apple Daily and Hong Kong’s 90-year-old former Roman Catholic bishop, Joseph Zen.

The announcement of Mr Xi’s attendance also comes as Hong Kong is reporting an increased number of coronavirus cases following the emergence of the new Omicron sub-variant.

The city reported over 1,800 cases on Friday, sparking a return of stringent isolation laws forcing Covid patients and their close contacts into centralised quarantine to control the spread of the virus.