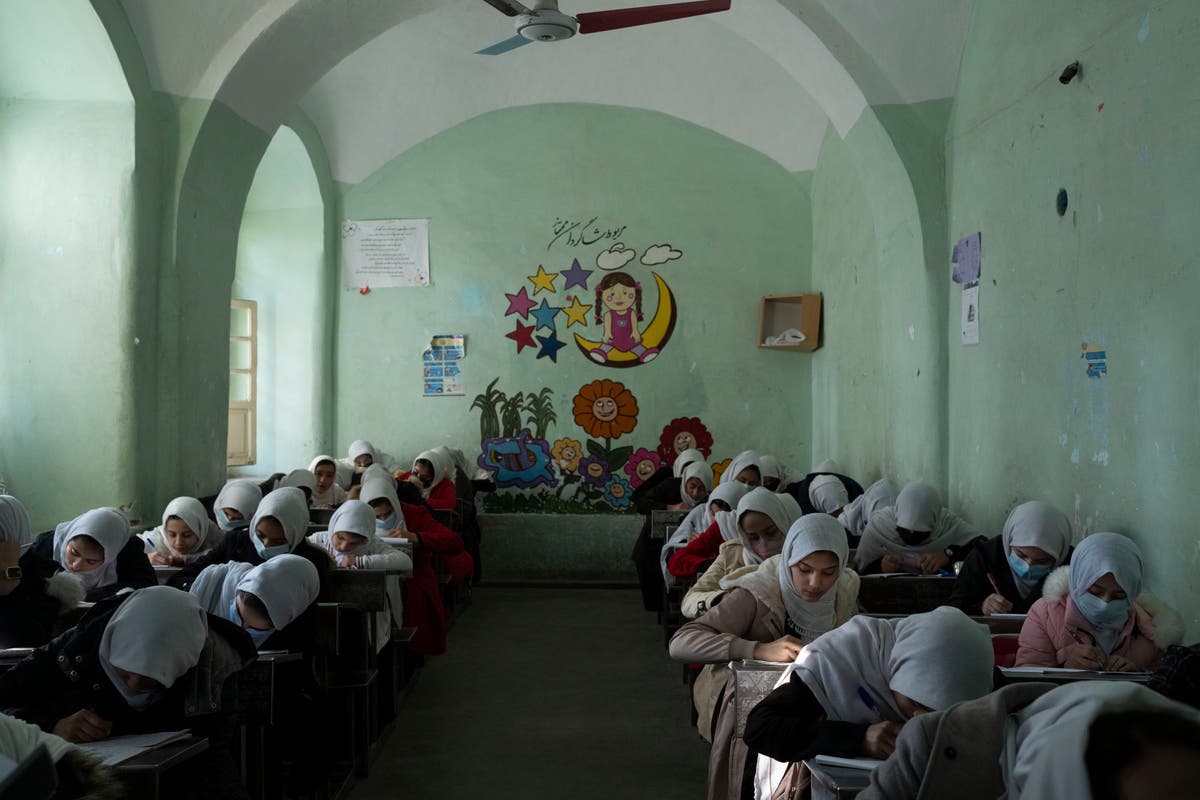 The World Bank has suspended four projects in Afghanistan worth $600m (£456m) after the Taliban’s decision to ban girls from returning to secondary and high schools.

The projects include initiatives to improve education, health and agriculture in the war-torn country, which is experiencing a humanitarian crisis.

The Afghanistan Reconstruction Trust Fund (ARTF) – which had been frozen since the Taliban took control of the country last August – was released at the start of this month by the executive board of the World Bank, which approved a plan to use more than $1bn from the fund to support “urgent needs” and deliver “essential basic services”.

The fund was aimed at bypassing the sanctions the Taliban regime was facing internationally and to disburse the money through UN agencies and aid groups.

However, the latest decision to suspend this funding comes after the Taliban, in a dramatic U-turn last week, refused to allow girls to return to secondary and high schools, a decision that has drawn national and international condemnation.

The World Bank said the four projects will be presented to ARTF donors for approval only “when the World Bank and international partners have a better understanding of the situation and confidence that the goals of the projects can be met”. It was not immediately clear when that could occur.

The bank’s guidance requires all ARTF-financed activities to support access to – and equity of services for – women and girls in Afghanistan, the bank said, citing its deep concerns over the Taliban’s ban on girls attending school.

The bank had said earlier the projects set to be funded through ARTF had a “strong focus on ensuring that girls and women participate and benefit from the support”.

Within a span of 10 days, the Taliban has turned the clock back on its claims that it would be more progressive than its previous regime in the late 1990s.

Besides the U-turn on education for girls, the Taliban also banned women from travelling alone on flights in the absence of a male relative.

In further restrictions, the Taliban said that the use of parks would be segregated based on sex, which effectively stops couples and families from going to these places together. Women can enter parks on only three days a week, while men will be able to go there on the other four days, which include the weekend.

The group has also banned international media broadcasts – including the Pashto and Persian BBC services – and foreign drama shows.

In their previous rule, spanning from 1996 to 2001, the Taliban banned women from leaving their house without a male family member, preferably their husband or father. It also asked men to grow beards.