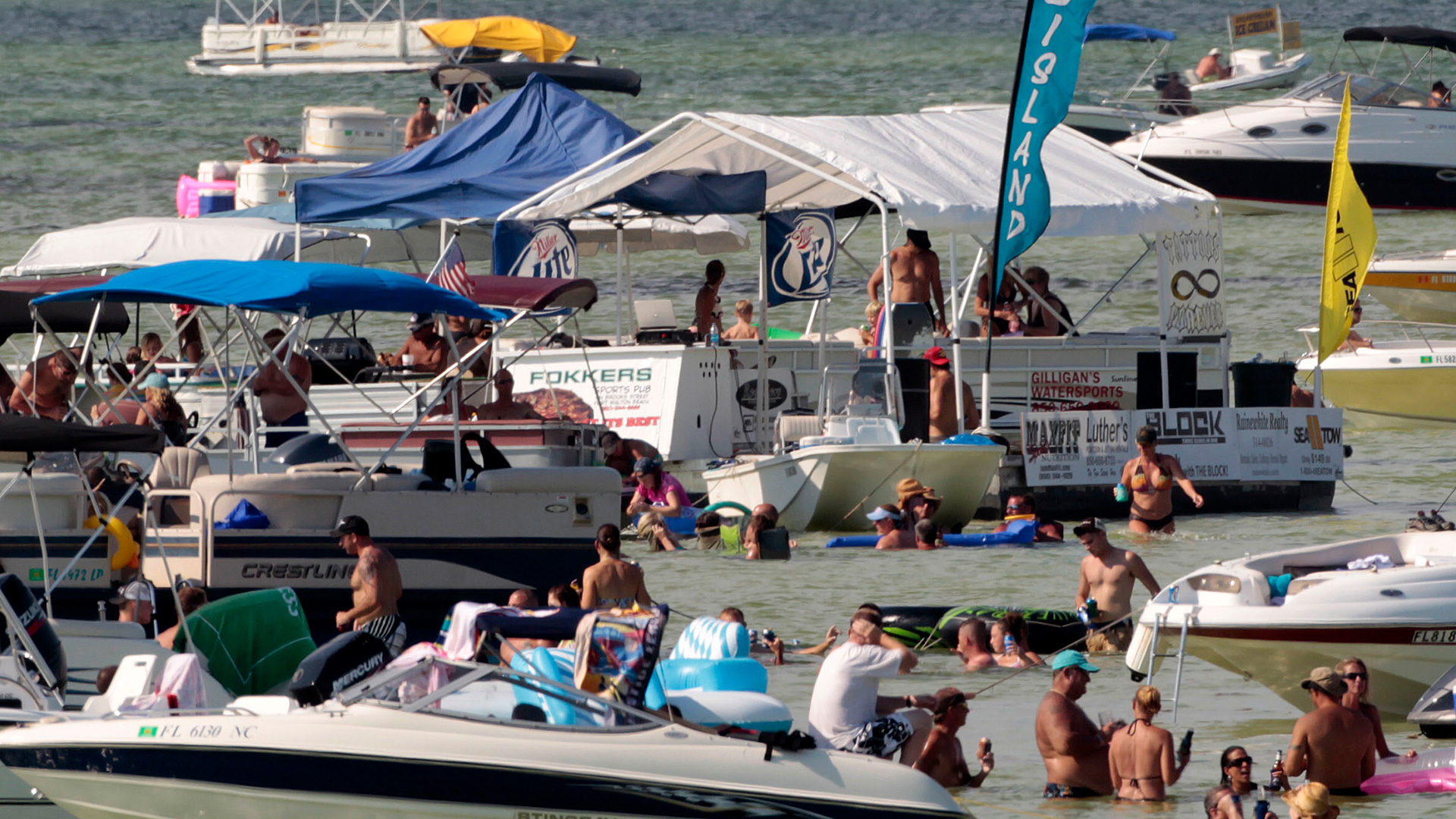 A WARNING has been issued after a 22-year-old woman was seriously injured when she fell off of a boat and was sucked into its propellers.

The Florida accident is the latest in a string of boating-related incidents that have claimed lives in multiple states.

The woman, a tourist, suffered “multiple very deep lacerations to her arm” after falling from the pontoon boat on July 25, the sheriff’s office said.

She was reportedly riding on the bow with her feet dangling in the water when the boat hit a wave.

The motion from the wave pulled the woman into the water and underneath the boat by the propeller.

First responders from the sheriff’s office were able to tend to the woman until emergency personnel could arrive.

The incident occurred west of Crab Island along the intercoastal waterway.

“We wanted to take a moment to drive home guidance to avoid sitting on the bow of a pontoon boat while it’s underway,” a statement from the Okaloosa County Sheriff’s Office reads.

“And we want to remind everyone to please use caution on the water.

“A fun day of boating can turn tragic very quickly.”

The incident is being investigated by the Florida Fish and Wildlife Conservation Commission.

News of the accident comes as a third body was pulled from Florida waters in a matter of days.

The Florida Fish and Wildlife Conservation Commission believes a “fatal boating accident” led to the death of a 27-year-old Port Orange man, according to the Miami Herald.

Two other boating accidents occurred during the Fourth of July holiday weekend.

Julia Budzinski, the 17-year-old daughter of Toronto Blue Jays first-base coach Mark Budzinski, was struck by a boat propeller while tubing in a Virginia river.

Two days later, the body of Madison Bradley, also 17, was recovered from the Blind River, according to the Louisiana Wildlife and Fisheries.

Bradley had been a passenger on a pontoon boat with five other people. Agents said she was riding on the bow in front of the protective rail with a male passenger.