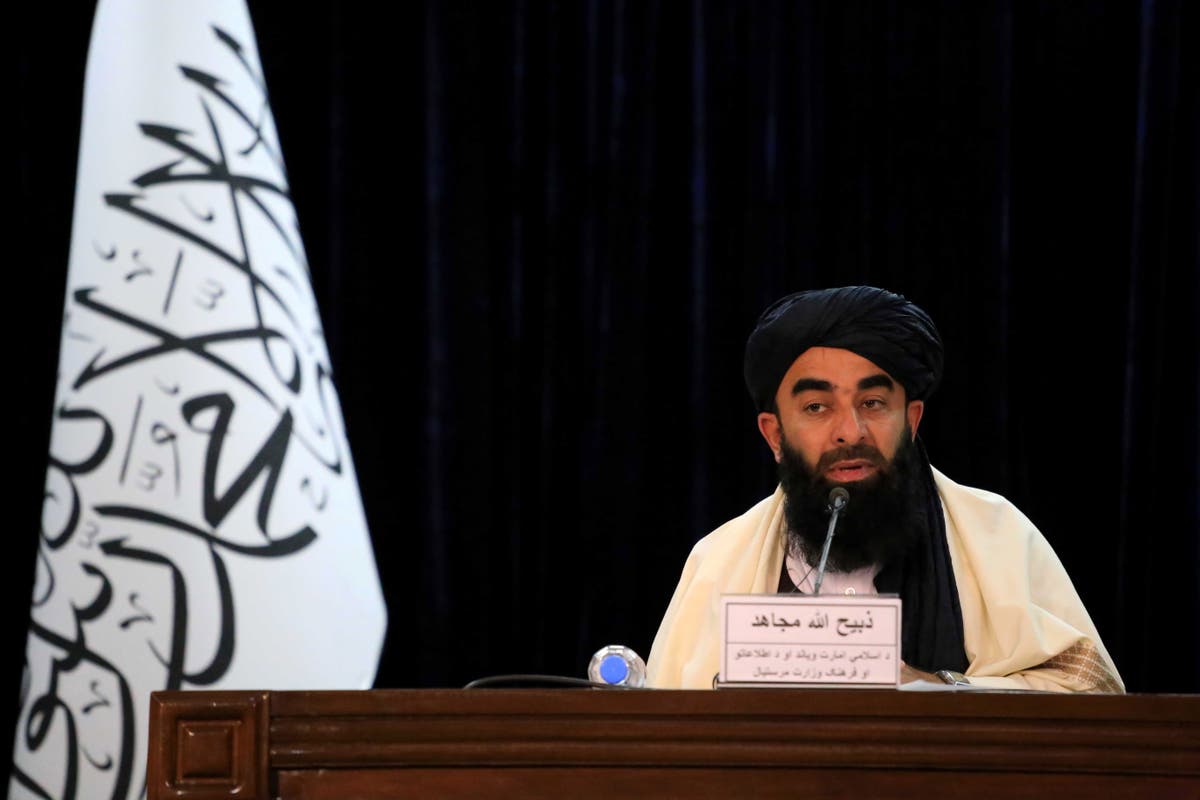 As Russian troops continue their invasion of Ukraine, the Taliban in Afghanistan is conducting door-to-door raids as part of massive search operations across Kabul.

On Sunday, Taliban spokesperson Zabihullah Mujahid said at a news conference that the search operations, which started on Friday, had resulted in the arrests of dozens of kidnappers, smugglers and criminals.

Calling the operations “successful”, Mr Mujahid said the aim of the searches around the capital and its neighbouring provinces was to “collect weapons”, reported The National newspaper.

The Taliban leader added that over 60,000 rounds of ammunition, 13 armoured vehicles, 13 tonnes of gunpowder and explosives along with rocket launchers and grenades were seized in the raids.

After the searches, the Taliban said nine kidnappers, six Isis members and 53 thieves were arrested in connection with the raids.

However, the door-to-door campaign attracted criticism, with several citizens claiming civilians were beaten up during the raids.

A Kabul labourer’s wife told The Washington Post that about half a dozen gun-wielding Taliban fighters came into their home on Saturday for searches.

The men allegedly took knives to the cushions that lined the family’s sitting room, split them open and dumped stuffing onto the floor, pulled family photos off shelves and tossed clothes out of closets.

“They said they were looking for weapons,” the labourer’s wife was quoted as saying.

“They said, ‘We know you had relations with the former regime.’ But my husband never worked for the government.”

When the Taliban fighters found nothing in their house, they beat the labourer’s adolescent son and stole a family car.

International officials in Afghanistan have also sought to draw attention to the raids.

Andreas von Brandt, the EU’s ambassador to Afghanistan, said in a statement on Twitter: “The intimidations, house searches, arrests and violence against members of different ethnic groups and women are crimes and must stop immediately.”

“Despite [Vladimir] Putin’s war we are watching you!”

Andrew Fox, operations manager for the UK-based Azadi Charity which says it helps targeted Afghans flee the Taliban-ruled country, said that while it was “quite understandable Ukraine is getting the media coverage… it’s really taking a turn for [the] worse in Kabul this weekend”.

“The Taliban are sealing off the city district by district and methodically searching every house. Those they seize are being tortured and ransomed,” he tweeted. “Our WhatsApps are full of horror stories and utterly horrific photos.”

Taliban officials have denied claims of abuse and said the searches were only aimed at enhancing security.

At the news conference on Sunday, Mr Mujahid dismissed allegations of abuse during the raids and said: “You may remember the search operations carried out by the Americans and their allies with planes and helicopters that entered people’s homes at night and bombed us, killing civilians,” he said.

“If we compare the current operations with that situation, our search operations are much more professional and carried out with greater caution.”

“If abuses did happen, it was not our intended policy,” said Mr Zadran.

“We have phone numbers to call if anyone has any complaints, and I have not received any calls.”