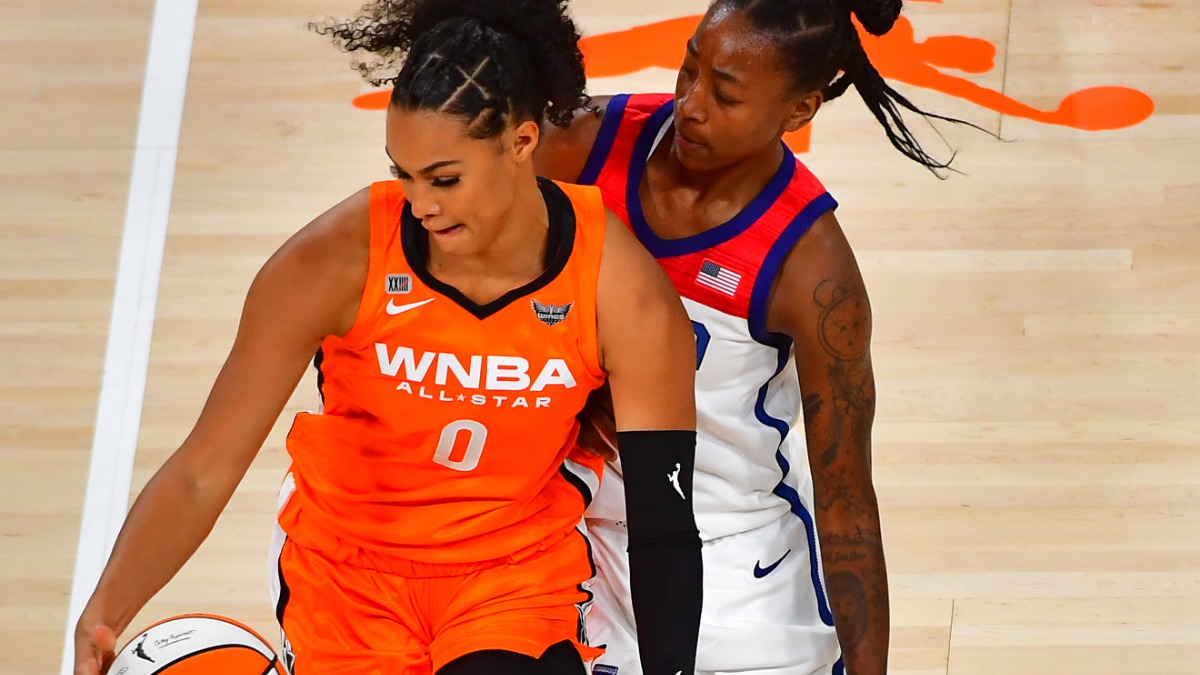 Dallas Wings forward Satou Sabally made the most out the first quarter’s final seconds in Game 1 of the First Round of the WNBA playoffs against the Connecticut Sun on Thursday.

With under four seconds remaining on the clock, Sabally secured a rebound off the missed layup from Connecticut guard Odyssey Sims, following her defensive effort with an insane shot from beyond half-court distance — ending the quarter with the Wings down three, instead of six.

The WNBA wasted no time, sharing the impressive deep heave by the 24-year-old, on their Twitter account.