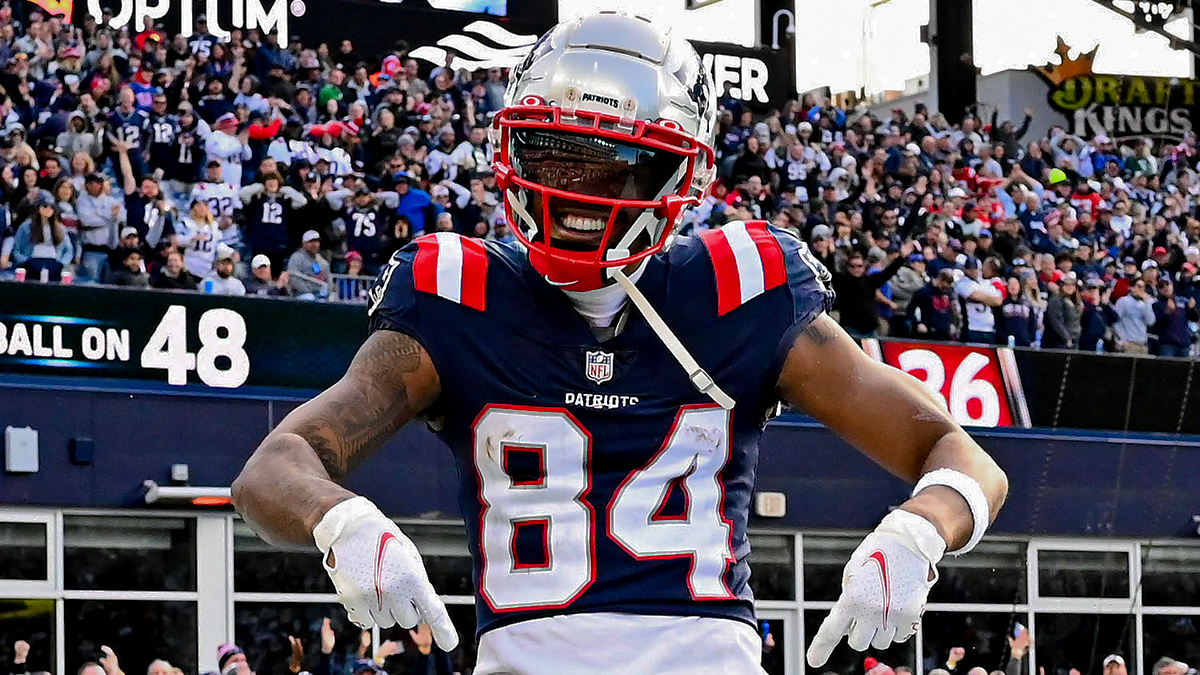 Meyers and Parker are the two starting wideouts, but the Patriots should strive for a more equitable snap distribution that gets Bourne into the mix more often. And that seems likely to happen. Recent reports have suggested Bourne’s playing time will increase moving forward, perhaps with a nudge from team owner Robert Kraft.

@Ashley1992__
Hi Zack, great job as usual!! I wanted to get your thoughts on how Cole Strange played in his first game.
Thank you!! It initially looked like Strange had been benched in the second quarter of his NFL debut, but he returned after two series and said after the game that his temporary removal was part of a planned rotation. We’ll see if that was just a one-off designed to combat the oppressive Miami heat or something that will continue in future weeks.

When he was on the field, Strange generally held up well. Pro Football Focus graded him as the Patriots’ top-performing pass blocker, charging him with no pressures, hits or sacks in 27 pass-blocking opportunities. Since we don’t know the exact protection call, it’s tough to determine whether Strange was at fault on Emmanuel Ogbah’s unblocked first-quarter sack, but PFF charged that one to left tackle Trent Brown.

PFF was lower on his performance as a run blocker. His 57.0 grade in that area was the second-lowest of any Patriots lineman, ahead of only his short-term replacement, James Ferentz.

Center David Andrews gave Strange an unprompted shoutout in his postgame presser, saying the first-round rookie “did a great job in his first NFL start.” So, it seems like his teammates were encouraged by his performance.

@supermarra1991
Will New England find a way to get Jonnu smith the ball more?
Yes, and I think you saw that start to happen last Sunday. Three catches on four targets for 33 yards isn’t exactly a banner performance, but it was far more productive than most of Smith’s games in 2021, when he caught more than two passes just once after Week 4 and topped 30 receiving just three times all season.

I don’t think Smith is suddenly going to start averaging six or seven catches per game — that’s never been his M.O., even during his best years in Tennessee — but I do believe the Patriots will try to set him up for more few catch-and-run opportunities than they did last season. They ran two screen passes to him against Miami, and both picked up first downs on second-and-10.

Making plays with the ball in his hands always has been Smith’s greatest strength. Remember, Belichick once said he’s “probably the best in the league” at generating yards after the catch, and the numbers — which I’ve mentioned in several previous mailbags — bear that out. Per NFL Next Gen Stats, he’s ranked in the top three among tight ends in YAC per reception in each of the last three seasons, and he was third overall in 2021, trailing only wideouts Deebo Samuel and Mecole Hardman.