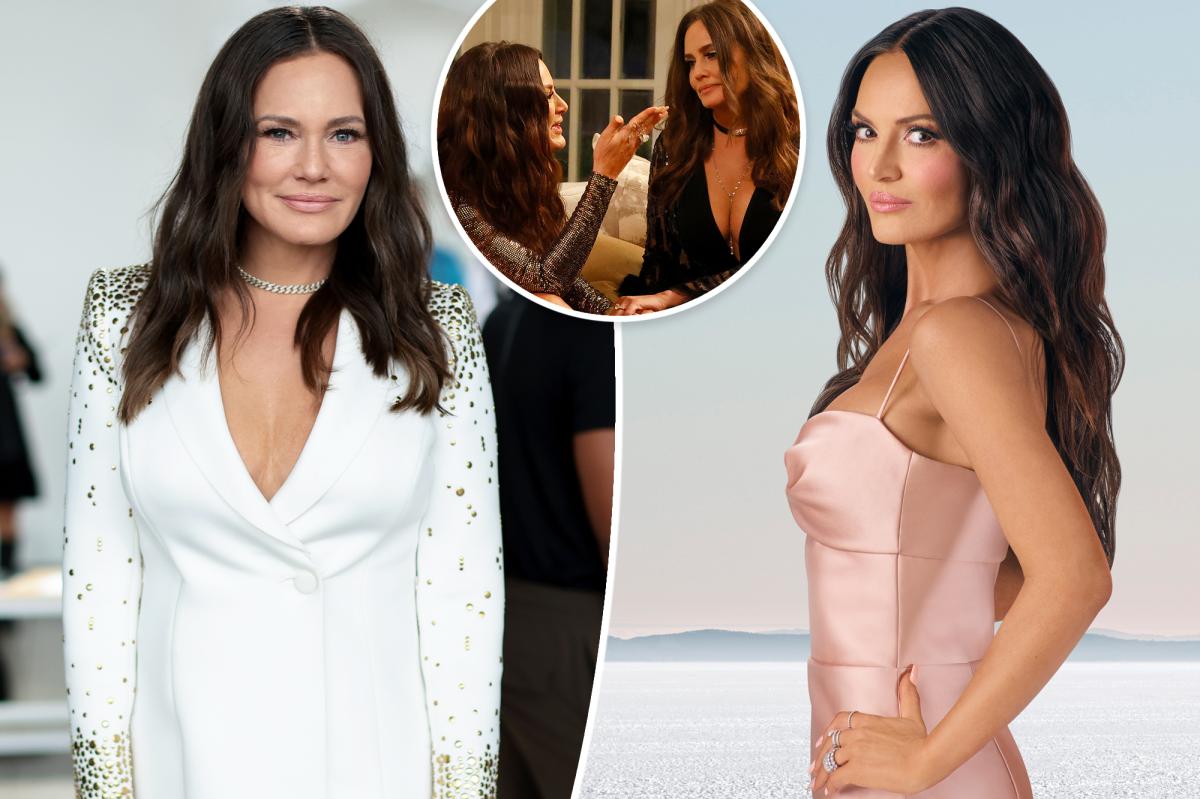 Meredith Marks admitted in a preview for “The Real Housewives of Salt Lake City” Season 3 that she could “never full trust” her ex-BFF Lisa Barlow, not even during the heyday of their friendship.

Now, Marks, 50, explains in an exclusive new interview with Page Six why she didn’t feel comfortable confiding in Barlow, 47, throughout their years-long accord.

“There were red flags. There were reasons I was concerned about confiding in her,” the jewelry designer tells us. “Some of which I think you see, and some of which you don’t.”

Marks says that “hearing the way [Barlow] spoke about others” consistently put her on edge.

She finally walked away from the friendship after she herself was targeted in Barlow’s infamous “RHOSLC” Season 2 outburst.

“I think she was one of the conduits between Windsor…

In a moment of rage, the Vida Tequila founder hurled a series of insults at Meredith. Barlow called her a “whore” who “f–ked half of New York and had “10 motherf–king boyfriends,” also attacking her husband Seth Marks’ career and their “f–king fake family that poses.”

“I still don’t really — from that moment, seeing that played back — understand what could’ve happened that would justify that kind of behavior to spew hate and lies about me?” Meredith reflects, urging fans to stop referring to Barlow’s effusion as a “hot mic rant.”

“Let’s clarify that it was not a hot mic. We saw her remove her microphone. So I don’t know why everyone keeps going there with it. I would also call it a childish tantrum rather than a rant,” she says, acknowledging that it “ultimately” ended the friendship as both women knew it.

Barlow tried apologizing to Meredith last season, though it seemed Meredith needed more time to recover from the harsh tirade.

“Accepting an apology is very easy. If you are given a genuine apology without explanations and strings attached to it, what are you going to do? You have no choice but to accept and forgive,” she tells Page Six.

“The question always is, ‘How do you move forward from there?’ If you don’t have an understanding of why someone behaves the way they do that’s hurtful to you, you can’t have any assurance that it’s not going to happen again. And it makes it very, very complex and difficult to move forward in any capacity beyond just a total surface-level relationship.”

Barlow has gone on the record to say she’s “not proud” of her diatribe, seemingly incited by what she perceived to be Meredith’s loyalty to Barlow’s onetime adversary Mary Cosby. The controversial preacher, 49, departed the series earlier this year after skipping out on the Season 2 reunion.

New dynamics abound in “Salt Lake City” Season 3. Notably, Barlow forms a tight bond with her former foe Whitney Rose, while Meredith does the same with hers, Jen Shah.

Minutes into the premiere, Meredith tells Shah, 48, that rumors about Barlow’s business and marriage are echoing through the snow-capped mountains of Utah.

“I said there are rumors. I don’t know if they’re true or false. Maybe there’s a deeper problem,” Meredith says of her decision to discuss the hearsay.

“There were red flags. There were reasons I was concerned about confiding in her,” Marks says of Barlow.

“I think she was one of the conduits between Windsor…

“That was me trying to explore if there was some reason that Lisa treated me the way she did, so that I could understand it and move forward. I said I don’t know if they’re true or false and … that’s not the point,” she elaborates.

“I’m trying to understand, is there something bigger going on here? And yeah, there are rumors out there. It’s not that big of a deal. A rumor’s a rumor.”