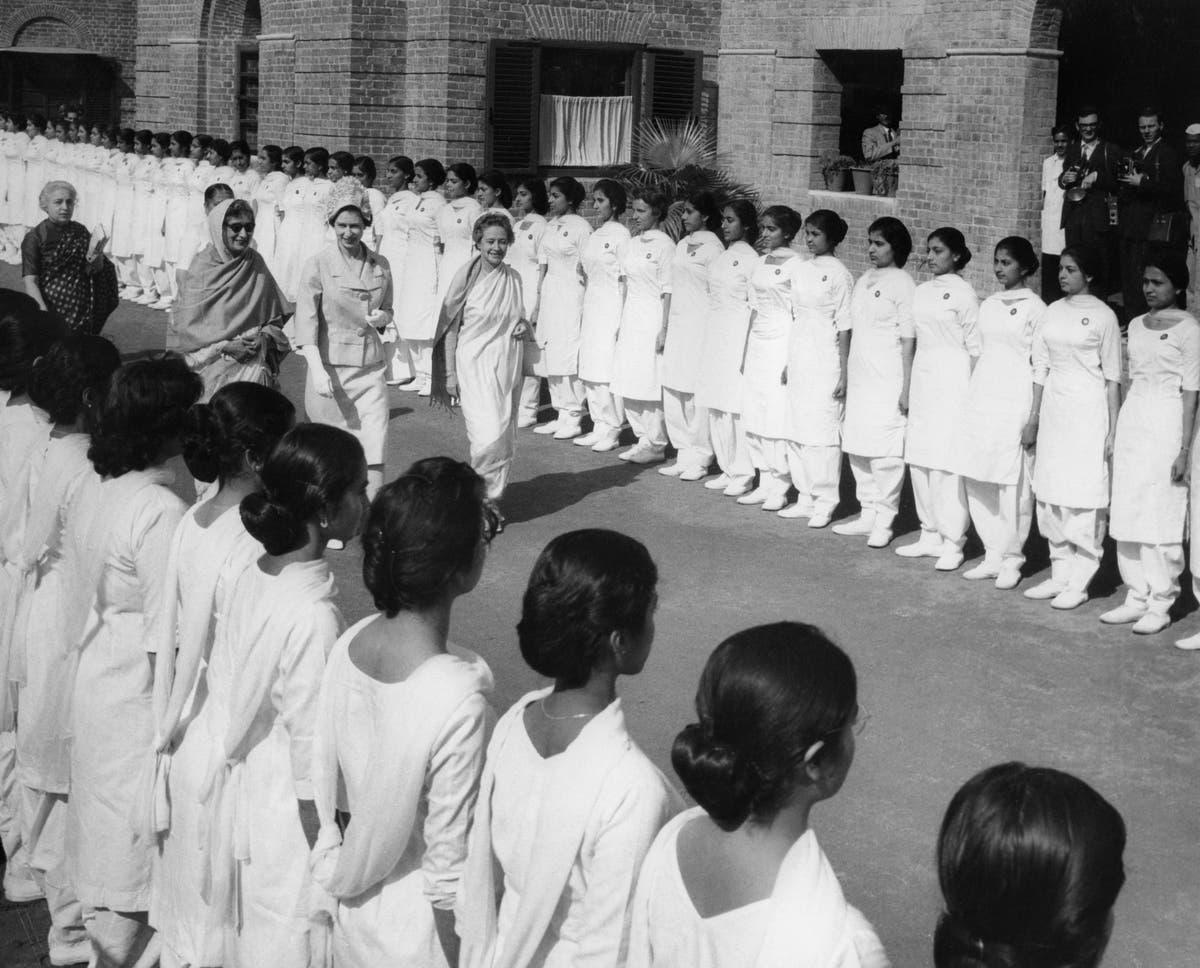 Britain’s longest-serving monarch, Queen Elizabeth II, died aged 96 on Thursday at Balmoral in Scotland after 70 years as head of state.

While millions mourned and tributes poured in from world leaders, there were mixed reactions to her death across former British colonies such as India and Pakistan in south Asia.

With her ascension to the throne in 1953, Elizabeth II became the monarch of more than a dozen nations. Her seven decade-long reign spanned a time of important transitions, not only in Britain but throughout the Commonwealth too.

Known as the jewel in the crown of the British empire, India became an independent country in 1947 after more than two centuries of colonial rule, just a few years before the Queen’s coronation.

The end of British rule left behind a divided nation as the new country of Pakistan was born, unleashing the world’s largest forced migration, during which more than a million people died and nearly 15 million were displaced.

Reflecting on their countries’ relationship with the monarchy in the wake of the Queen’s death, commentators told The Independent that, while the modern histories of independent India and Pakistan were intrinsically related to their colonial past, the Queen in many ways represented a shift in geopolitical relations for these countries as Britain retreated from global dominance.

Mridula Mukherjee, a leading historian and former chair of the Centre for Historical Studies at Delhi’s Jawaharlal Nehru University, said that right from the first decade of independence the Queen was received warmly in India. This was helped by the fact that the more difficult aspects of the transfer of power had already been dealt with by 1953.

“India had already joined the Commonwealth and the manner in which India would join had already been sorted out,” she explained.

The Queen was given a red-carpet welcome by India’s first prime minister, Jawaharlal Nehru, guided by Mahatma Gandhi’s cardinal principle of not subscribing to hate.

“We were interested in overthrowing the British imperial system only and did not have any hatred towards the British people,” said Ms Mukherjee. “And that is how the Queen was seen in India.”

She added that India did not want to continue a legacy of discord, despite how the subcontinent had suffered through colonial rule.

“It is true that two centuries of colonial rule had left the economy in a bad shape: whether it was life expectancy, health or any other criteria, it was all abysmal in 1947.

“This was especially true of the partition and the manner in which it was done, without taking adequate care to ensure that the division took place without bloodshed. These questions remain, but they did not reflect on how the Queen herself was perceived in India.”

Manisha Priyam, an academic and political analyst, said India had steadily drawn away from the influence of its former colonial power over the course of the Queen’s reign, but the way she seemed to have accepted this with “grace” and continued to visit India and praise its diversity had been appreciated.

“The fact that India has contested many forms of colonial power, that’s something she has been able to take with grace. Over the years, India has no longer remained reliant on the UK in terms of geostrategic alliances. To India, the Quad grouping [US, Japan, Australia and India] now matters more; in many ways, India’s ties with the US matter more. And the Queen responded to these different political transitions gracefully. So today we mourn with the UK after her demise,” she said.

Mani Shankar Aiyar, former Indian minister and diplomat, said that in many ways the Queen was a “symbol of continuity in a churning ocean of change”.

“When she became the Queen, the British empire had lost the ‘jewel in its crown’ – India – but was circling the globe in many parts of Africa and dominion status in many monarchies.

“She had to preside over Britain’s retreat from global dominance, and she did so with resilience and restraint,” he told The Independent.

On Thursday evening, as the Queen’s health deteriorated, Mr Modi was reopening the newly renovated Central Vista of Delhi, a colonial-era landmark, and changing the name of its central boulevard the Rajpath (it was Kingsway before independence) to Kartavya Path (duty road).

Mr Aiyar said that the timing of the Queen’s coronation meant she could not be regarded as one of the symbols of India’s colonial past.

“She became the Queen a good six years after Indian independence. Gandhi himself gifted her a piece of Khadi cloth as his gift to the heir apparent.

“To confuse her with the empire is to make the historical mistake that this government stands accused of.”

Although India and Pakistan share a common colonial history, divided by a gruesome partition, the evolution of the two countries has been different.

Qamar Cheema, a south Asian analyst based in Islamabad, said that the decades after independence had seen the rise of a new kind of political leadership in both nations.

“The elite connected with colonial powers have been castigated by the rise of new leaders. While colonialism as a political narrative is sometimes raised in rallies, it does not refer to the Queen but rather a sense of losing value for the dormant connections that some politicians had with the British empire,” he said.

With the end of the second Elizabethan era, he said, it was now time for these new leaders in south Asia to leave behind their differences, which were rooted in the colonial-era legacy of partition. “There may be unfinished business, including the wars [between India and Pakistan] and the issue of Kashmir, but the focus should be on moving forward as nations.”