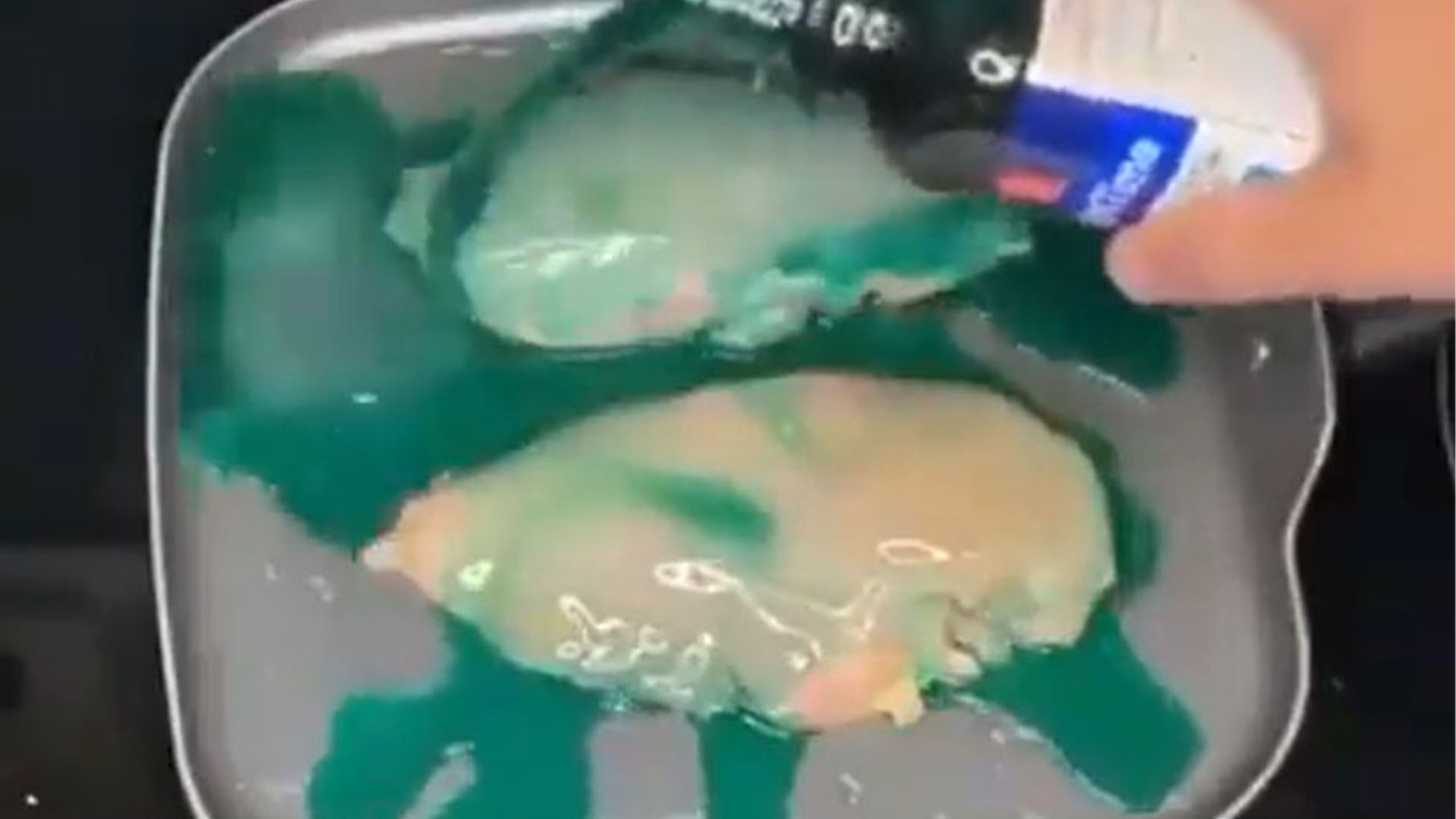 THE Food and Drug Administration is warning about a dangerous TikTok trend that started spreading in January 2022.

TikTok’s Sleepy Chicken Challenge is the most recent in a long line of dangerous trends such as the tide pod challenge and the Benadryl challenge.

What is the Sleepy Chicken TikTok trend?

This trend tells viewers to use over-the-counter drugs to cook the chicken.

The mixture of drugs includes acetaminophen, dextromethorphan, and doxylamineover which are all found in NyQuil.

The video directs individuals to coat the chicken in a dangerous concoction before cooking and consuming it.

Cooking chicken or any other food using drugs such as the ingredients in NyQuil can have detrimental effects on the body.

According to the Food and Drug Administration (FDA), even if the individual does not consume the food, even ingesting the fumes can harm the individual’s lungs.

The NyQuil Chicken Challenge is not recommended and for safety purposes, the directions will not be provided.

Did the FDA issue a warning against the NyQuil Chicken Challenge?

The FDA issued a warning on September 20 regarding the extreme dangers of cooking with medicine and any other over-the-counter drug.

“One social media trend relying on peer pressure is online video clips of people misusing nonprescription medications and encouraging viewers to do so too.

“These video challenges, which often target youths, can harm people — and even cause death,” the FDA stated in a warning.

By cooking with the medication, the individual is boiling it down, causing it to become more concentrated and change its properties in other ways,” the FDA said.

“Even if you don’t eat the chicken, inhaling the medication’s vapors while cooking could cause high levels of the drugs to enter your body. It could also hurt your lungs.”

The FDA said in a statement: “The challenge sounds silly and unappetizing – and it is.

“Put simply: Someone could take a dangerously high amount of the cough and cold medicine without even realizing it.”

The FDA released a public announcement after reports surfaced of teenagers being rushed to the emergency room or dying after attempting the challenge.

What did social media users say about the Sleepy Chicken Challenge?

Online social media spectators took to their pages to voice their opinion about the unsafe trend.

One Twitter user said: “Casually going through articles on google home page and apparently there was a PSA from Doctors not to consume “sleepy chicken” which is chicken boiled in NyQuil etc…. Like what the actual f***? I just have no words…”

Another user tweeted: “People won’t get vaccinated to save themselves and others, but they’ll make and eat ‘Sleepy Chicken.’ I…just give up…”

“Boiling chicken in a pot with NyQuil. Where do they come up with it and what happens when there are consequences,” tweeted another.