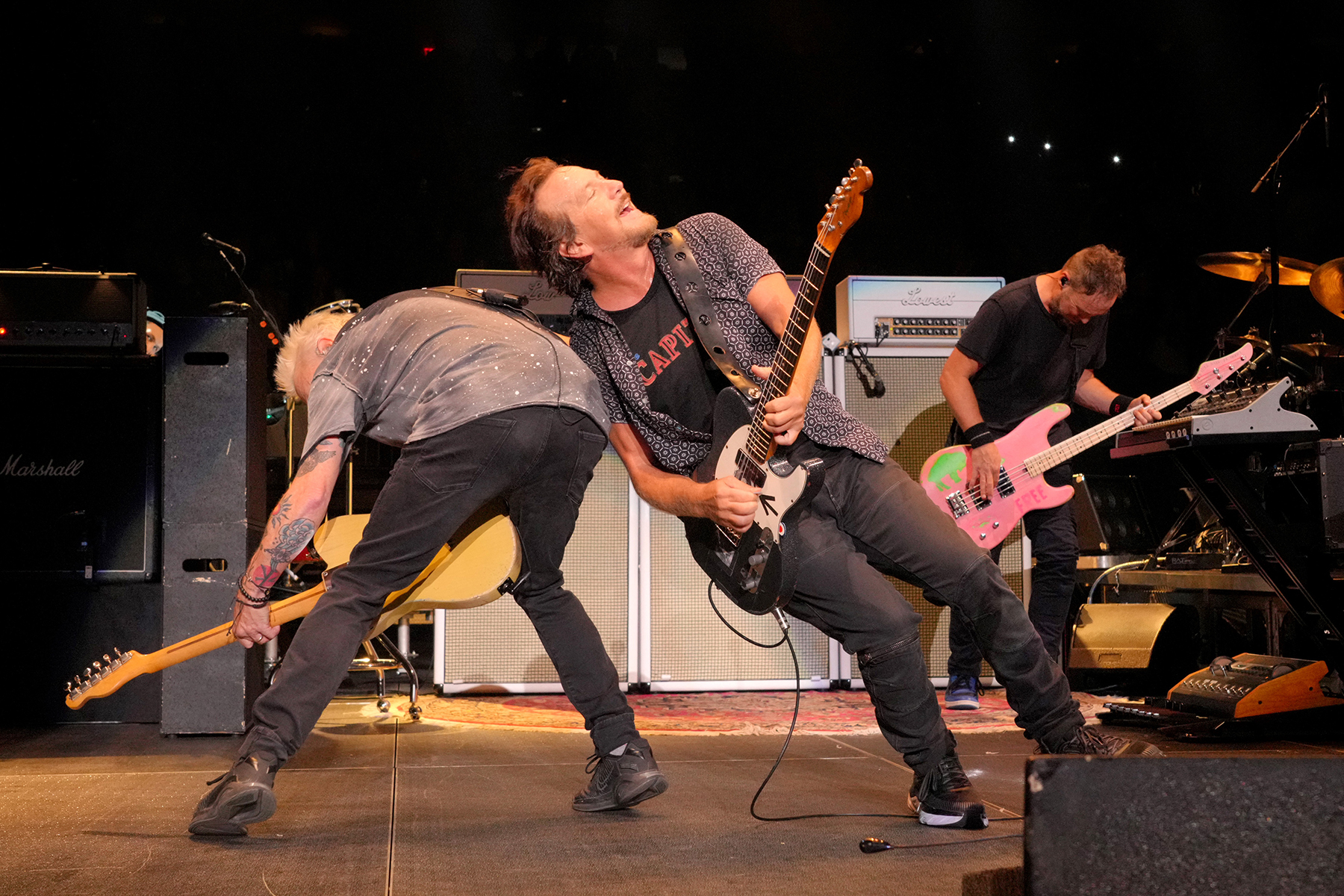 Just one day after playing a special show at the Apollo Theater for SiriusXM, Pearl Jam returned to their natural habitat of Madison Square Garden on Sunday night. It was their first time playing the New York venue in six years, and they packed the set with classics like “Given to Fly,” “Daughter,” “Do The Evolution,” and “Alive.”

Midway through their traditional set closer of “Rockin’ In The Free World,” Red Hot Chili Peppers drummer Chad Smith ran onstage. He perched himself at a tiny drum kit next to his former Chili Peppers bandmate Josh Klinghoffer, who has been playing with Pearl Jam over the past year. When the song ended, Smith embraced Matt Cameron, who was wearing a Taylor Hawkins T-shirt.

Pearl Jam’s relationship with the Chili Peppers goes back to their earliest days in 1991 when the two bands toured together. “Back in the day when we were just a baby band with shit in our diapers, they took us on the road not just once to a great theater like this, not just twice, but then they took us to Lollapalooza in 1992,” Vedder said at the Apollo Saturday night. “I think we have them to thank for changing our life. Flea, Anthony, Chad, John, thank you.”

Other highlights from the Madison Square Garden show included a rare rendition of the Mother Love Bong songs “Chloe Dancer” and “Crown of Thorns,” a salute to 9/11 first responders, covers of “Sonic Reducer” by the Dead Boys and “Purple Rain” by Prince (with Klinghoffer on guitar and vocals), and a snippet of “Chaise Lounge” by Wet Leg during “Daughter.” Venus and Serena Williams were both in the audience, and the band bowed down to them Wayne’s World-style before “Even Flow.” Vedder also called out Seattle Storm icon Sue Bird, who retired from the WNBA earlier this year after an incredible 20-year run.

The Pearl Jam tour heads to Camden, New Jersey on Wednesday, and hits arenas in Nashville, Tennessee Louisville, Kentucky, St. Louis, Missouri, and Oklahoma City, Oklahoma before wrapping up September 22 in Denver, Colorado. Vedder has solo dates in October at the Ohana Festival in Dana Point, California, Paso Robles, California, and Las Vegas, Nevada. His plans beyond that are unclear, but fans are hoping for another leg of Pearl Jam’s Gigaton tour in 2023.