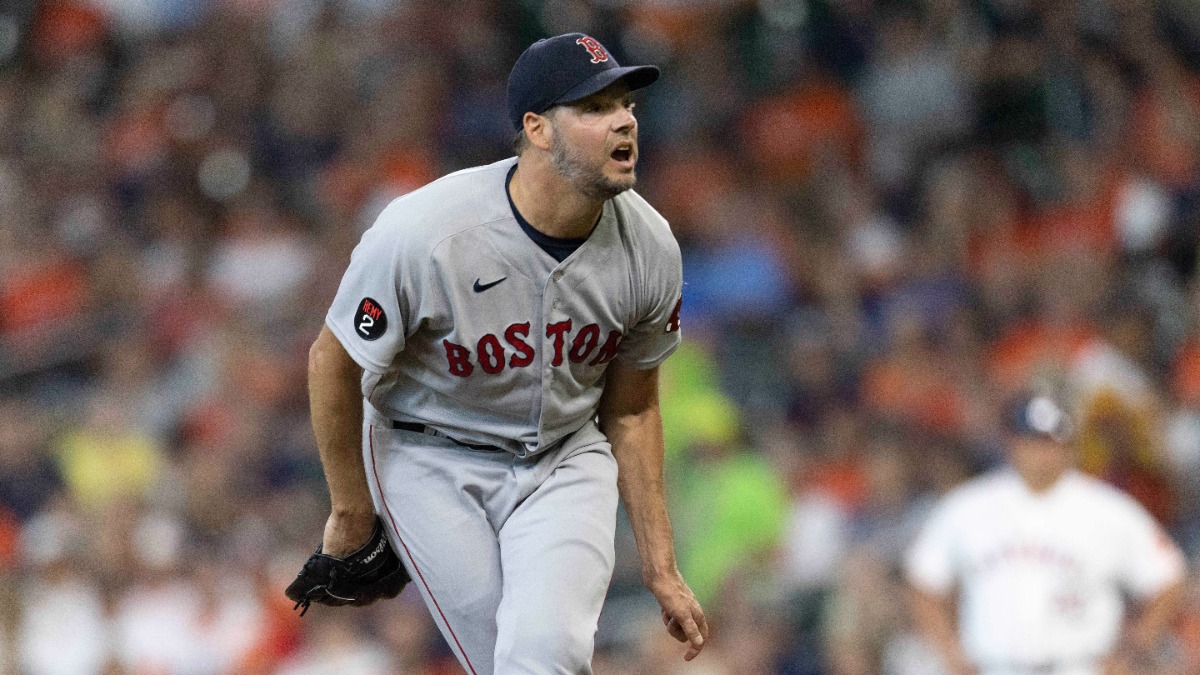 The Houston Astros made Boston Red Sox starting pitcher Rich Hill work extra hard Wednesday, and it seems the home plate umpire had a hand in it too.

Hill, 42, was making his first start since returning from the injured list, started off the third inning by pitching to Astros slugger Yordan Alvarez.

He started the at-bat with a ball and strike meaning Alvarez went staring down a 1-1 count. Alvarez hit the third pitch of the at-bat into the stands, after Hill hustled to the dugout in pursuit of the foul pop up. Strike two. Then Alvarez watched at a 83 mph changeup pass him by, which should have been strike three. The home plate umpire even game a strike signal.

Alvarez, however, got another chance as he stayed in the batter’s box. He hit the fifth pitch of the at-bat to first baseman Bobby Dalbec with Hill running over to cover the bag. It marked the first out of the inning with Boston already trailing by four runs.

The ESPN play-by-play confirms Alvarez received five pitches with three strikes and one ball before the ground out. And if you don’t believe it, you can watch the video evidence here.

Hill ultimately ended up allowing four runs on six hits in three innings. The Alvarez at-bat had no connection to any sort of trickle-down effect with the Astros not recording a hit or scoring a run on the extra pitch. Houston won the series finale 6-1.

Nevertheless, though, the aging Hill probably could have done without the extra pitch to the towering slugger.