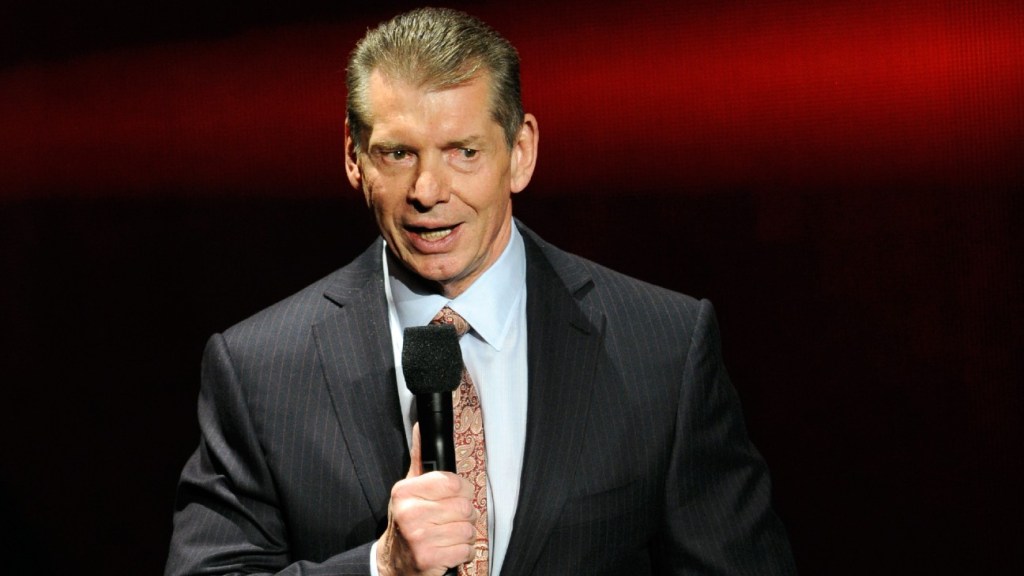 Vince McMahon made a brief appearance on WWE Friday Night SmackDown after the company announced earlier in the day that he would be stepping back from his roles as CEO and chairman amid misconduct allegations against him.

“It is a privilege as always to stand before you here tonight, the WWE universe,” the longtime WWE fixture told the crowd at the Friday event. “I’m here simply to remind you of the four words we just saw in what we call our WWE signature. Those four words are: then, now, forever — and the most important word is together. Welcome to SmackDown!”

This follows The Wall Street Journal reporting earlier this week that multimillion-dollar hush money payments were made to women who alleged having sexual relationships with the wrestling-industry mainstay.

In response to an investigation focused on him and WWE head of talent relations John Laurinaitis, the company said in a previous statement, “McMahon will retain his role and responsibilities related to WWE’s creative content during this period and remains committed to cooperating with the review underway.”

McMahon, 76, issued a statement at the time that read, in part, “I have pledged my complete cooperation to the investigation by the special committee, and I will do everything possible to support the investigation.”