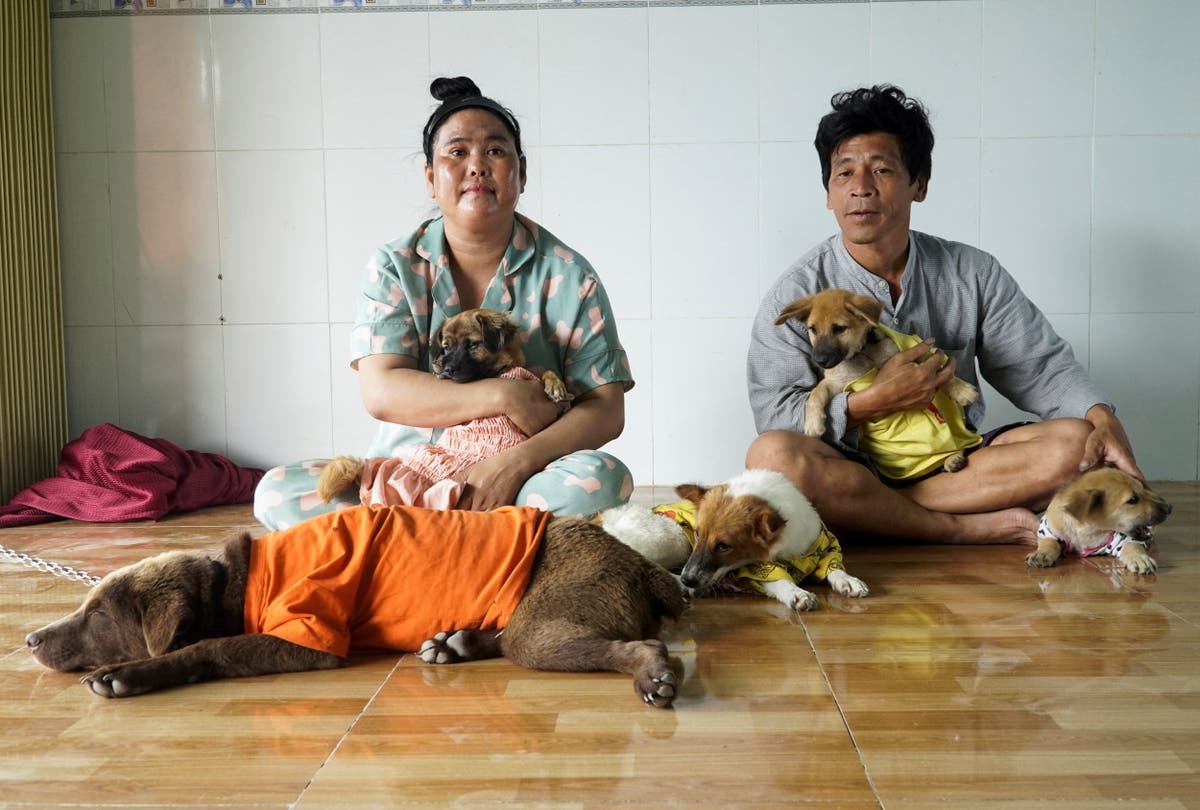 Nguyen Thi Chi Em’s face is red with laughter as she plays with seven rescue dogs, rolling around with them on the living room floor as her beaming husband watches.

The Vietnamese couple took in the dogs after learning in October that authorities had culled their previous pack of 15 while they were in quarantine recovering from Covid-19.

The story captured the hearts of the Vietnamese, many of whom expressed online outrage against authorities, and raised donations for the couple.

According to local media reports, authorities said they culled the animals over fears the canines would transmit the coronavirus from their owners to others.

The couple says they spend most of their earnings paying off slaughterhouses and restaurants to spare dogs, and on buying food and medicine for their pets.

Consuming dog meat is legal in Vietnam, but some have called for the practice to be outlawed.

Between cooking the dogs’ meals, training and grooming them, dressing them in T-shirts and skirts, and carting them along on motorcycle trips to the market, the couple says the dogs have enriched their lives.

“They are our joy and comfort. It used to be just me and my wife,” says husband Pham Minh Hung, 50, who works in construction.

Speaking of her deceased pets quickly brings Em to tears.

“I was sad and cried a lot from missing the other dogs so my husband comforted me and told me we will raise other puppies,” she says, cradling a tan floppy-eared puppy.

The couple plans to adopt eight more pups and Em says she would do anything to protect them.

“We would go into hiding in the jungle if that would save them,” she adds. “I won’t let them be killed again because I cannot go through such heartbreak a second time.”