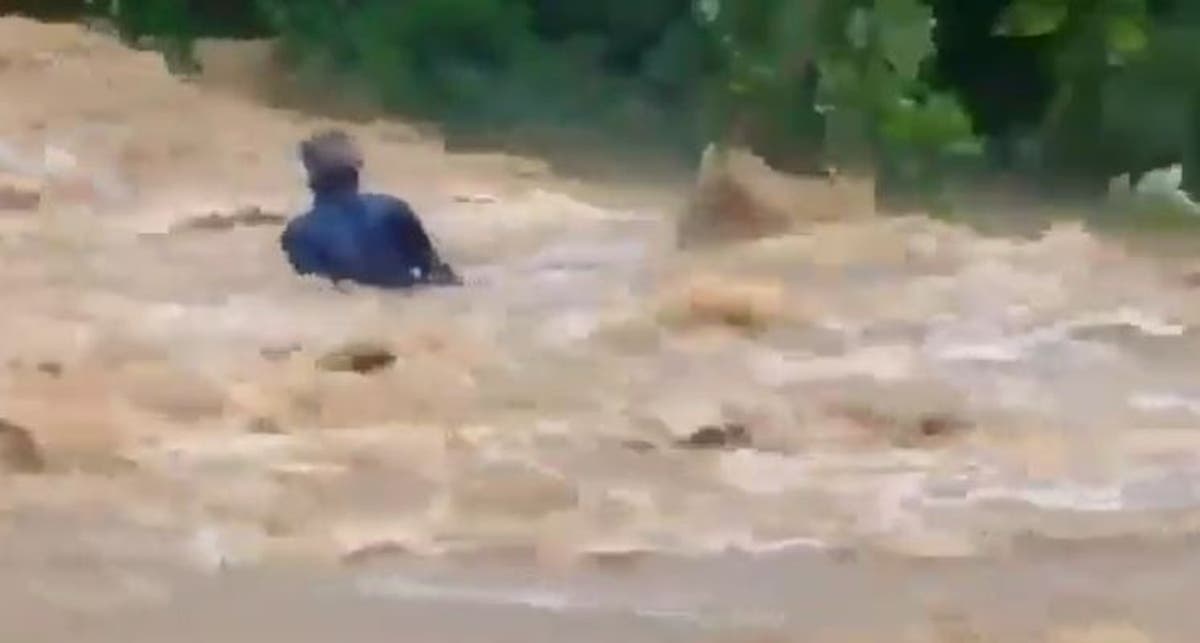 A man was seen being washed away while crossing an inundated road due to heavy rains that led to the overflowing of rivers in India’s southern state of Andhra Pradesh.

Seven persons have died and over 30,000 families living by the banks of the Godavari river and in low-lying areas have been affected due to incessant rains that have been pounding the region since last week.

The flash flood situation has forced thousands of people living by the river banks and in the districts of Eluru, Konaseema and West Godavari to evacuate their homes.

Locals standing at the end of the road could be heard screaming in despair. However, the man was later rescued a short distance away, NDTV reported.

In a similar incident from the same district, a car was caught on camera being washed away in a fast-flowing rivulet on Tuesday. A man and his daughter, who were travelling in the car, managed to deboard safely, but, failed to secure their vehicle.