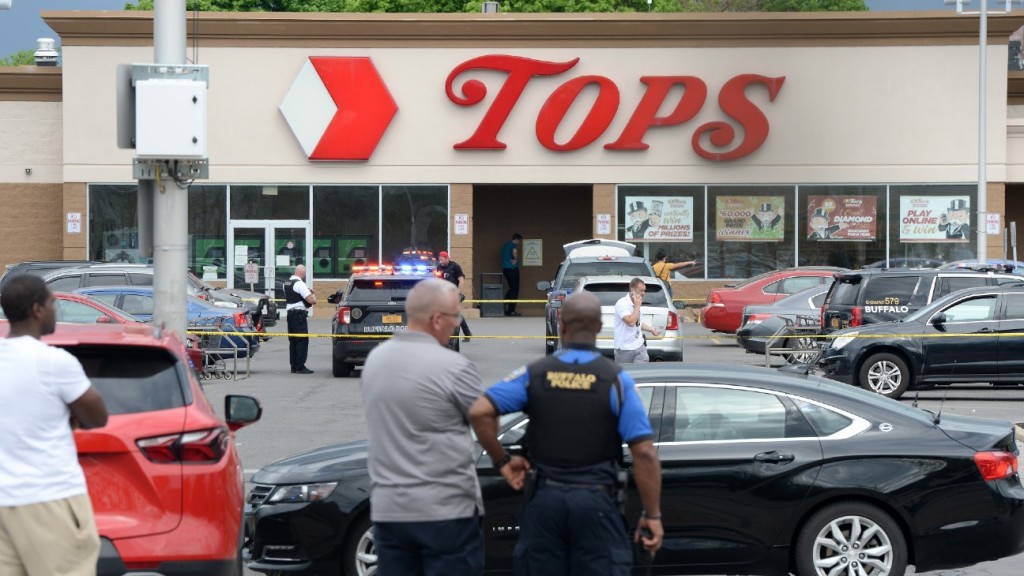 Livestream service Twitch has deleted video posted by an 18-year-old who authorities say opened fire with a rifle Saturday at a supermarket in Buffalo, New York, killing 10 people and wounding three others.

A representative for Twitch told The Hollywood Reporter that the company removed the livestream less than two minutes after the shooting began at the Tops Friendly Market.

“We are devastated to hear about the shooting that took place this afternoon in Buffalo, New York,” read a statement from Twitch. “Our hearts go out to the community impacted by this tragedy. Twitch has a zero-tolerance policy against violence of any kind and works swiftly to respond to all incidents. The user has been indefinitely suspended from our service, and we are taking all appropriate action, including monitoring for any accounts rebroadcasting this content.”

Twitch’s team continues to use both proactive detection and human review to monitor the platform for any restreams, in addition to coordinating with law enforcement as needed. The company has yet to find any video-on-demand footage from the shooting.

The white 18-year-old male suspect, who was heavily armed, eventually surrendered and was later identified as Payton Gendron, a resident of Conklin, New York, an area 200 miles southeast of Buffalo, according to law enforcement officials.

Eleven of the victims were Black and two were white, per police, with Erie County Sheriff John Garcia referring to the incident as a “racially motivated hate crime.”

Buffalo Mayor Byron Brown told the media that the incident is “the worst nightmare that any community can face, and we are hurting and we are seething right now.”