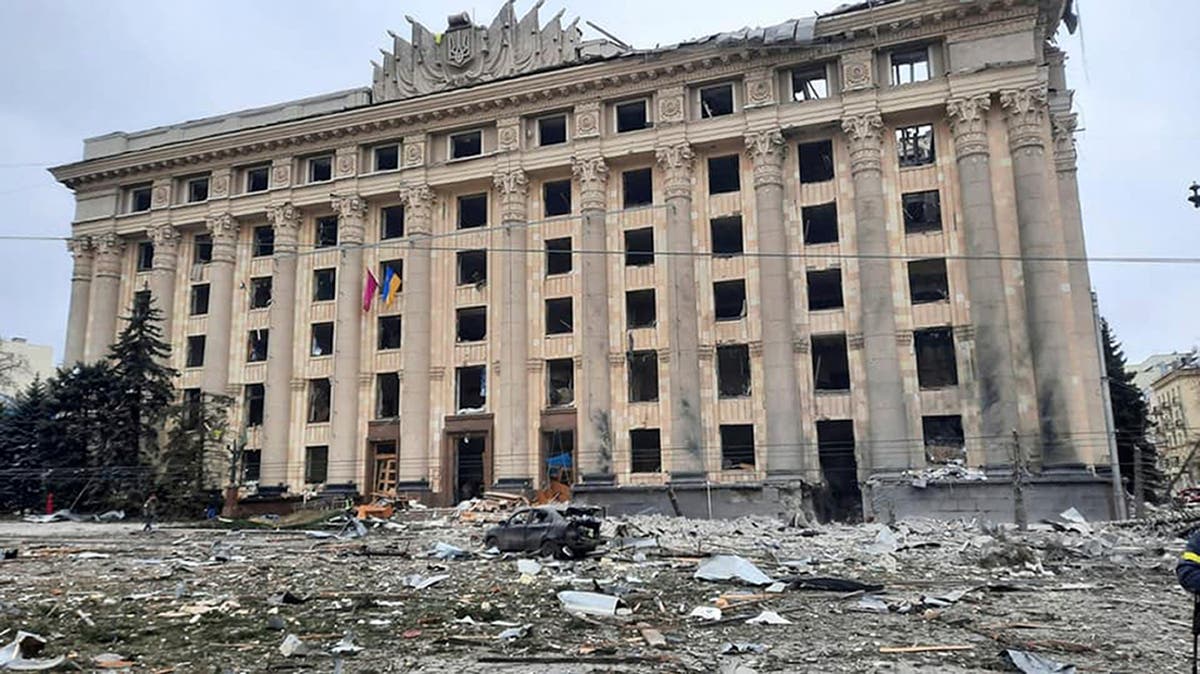 An Indian student has been killed in Ukraine’s Kharkiv city in a shelling attack by Russia on Tuesday morning.

“With profound sorrow we confirm that an Indian student lost his life in shelling in Kharkiv this morning. The ministry is in touch with his family. We convey our deepest condolences to the family,” Arindam Bagchi, the official spokesperson for India’s ministry of external affairs said.

Naveen Shekharappa was a final year medical student from the southern state of Karnataka and was reportedly outside a grocery store to collect food when the administrative building in Kharkiv was bombed.

All efforts are being made to bring his remains back to India, officials from the Karnataka chief minister’s office said.

The killing came just hours after the Indian mission in Kyiv asked all its nationals, including students, to leave the city “urgently today” but did not provide means or assistance in the ways people could flee the country reeling under Russian invasion for six days now.

“Foreign Secretary is calling in Ambassadors of Russia and Ukraine to reiterate our demand for urgent safe passage for Indian nationals who are still in Kharkiv and cities in other conflict zones,” Mr Bagchi said on Twitter. He added that similar action was being taken by Indian envoys in Russia and Ukraine.

Nearly 12,000 Indians are still reported to be in Ukraine, while around 2,000 have been evacuated from the country, reported Indian newspaper Hindustan Times.

About 9,000 Indians are reported to have left or been evacuated from Ukraine since the threats of invasion grew in mid-February.

Indians account for nearly one-fourth of the 76,000 foreign students in Ukraine, the largest number, the Ukrainian government’s data showed.

Emergency services remain hampered in Ukraine due to the ongoing conflict and heavy military action, preventing people from taking trains or other public transport out of the country.

Threats of severe military action on Ukraine appear to be rising as Russia is advancing on Kyiv with a huge convoy of armoured vehicles, tanks and other military equipment spanning more than 40 miles, according to new satellite images.

Clamours for safe passage and rescue of Indian nationals, including students, have been rising in India as a heavy military offensive from Russia, including missile and airstrikes, grips Ukraine, resulting in scores of civilian and army deaths.

Parents across India have been appealing to the country’s prime minister Narendra Modi to fast-track the rescue efforts and bring their children back, many of whom are facing problems and days-long delays at the border intersection to reach Poland.

Several students have also complained of racist ill-treatment amid their efforts to flee Ukraine.

This is not the first incident of foreign nationals being killed in the Russian invasion of Ukraine — the largest conflict to have gripped Europe since World War II.

At least 10 Greek nationals, including four expats, were killed and six others injured over the weekend in the Ukrainian city of Mariupol in a Russian bombing.