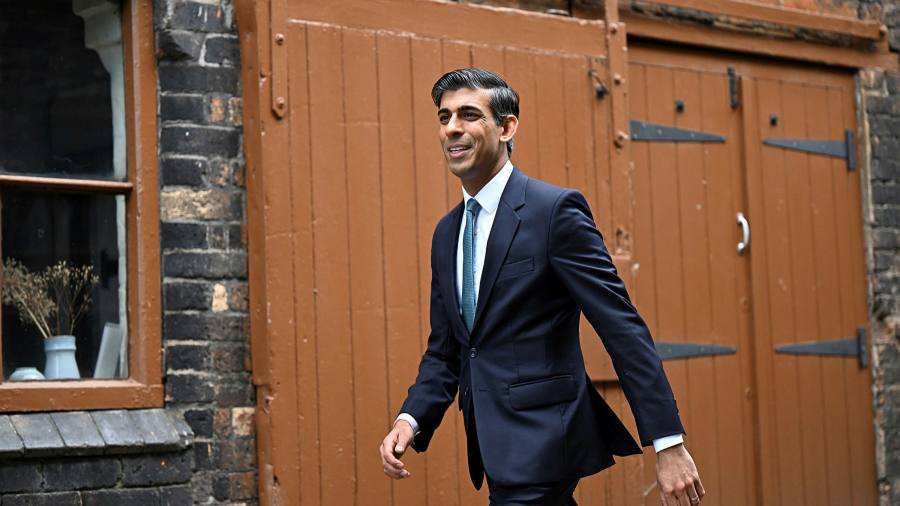 UK public sector borrowing dropped more than expected last month and was lower than previously estimated for the latest fiscal year, giving the chancellor breathing room as he faces calls to address a cost of living crisis.

Public sector net borrowing was £18.6bn in April, well below the £24.3bn recorded in the same month last year, data from the Office for National Statistics showed on Tuesday.

April’s figure was lower than the £19.1bn forecast by the Office for Budget Responsibility, the UK fiscal watchdog.

In the fiscal year to March, the public sector borrowed £144.6bn, which was £7.2bn lower than earlier estimates from the ONS. This was less than half the borrowing in the previous year, as the economy bounced back from the pandemic.

Borrowing fell in April compared with last year because receipts increased as the economy grew, and spending fell as government support schemes for households and businesses declined.

At the same time, central government spending was £76.0bn, which was £6.7bn less than in the same month last year.

However public debt, or borrowing accumulated over time, was around 95.7 per cent of gross domestic product, a level not seen since the early 1960s.

“Given the choice between doing little to help households with the cost of living crisis or breaking his own fiscal rules, the chancellor will probably opt for the latter and announce further support in the Autumn 2022 Budget,” Beckett said.

“We must take a balanced and responsible approach to support people now, while also not burdening future generations,” the chancellor Rishi Sunak said. “We’re on track to drive public debt down by 2024-25.”