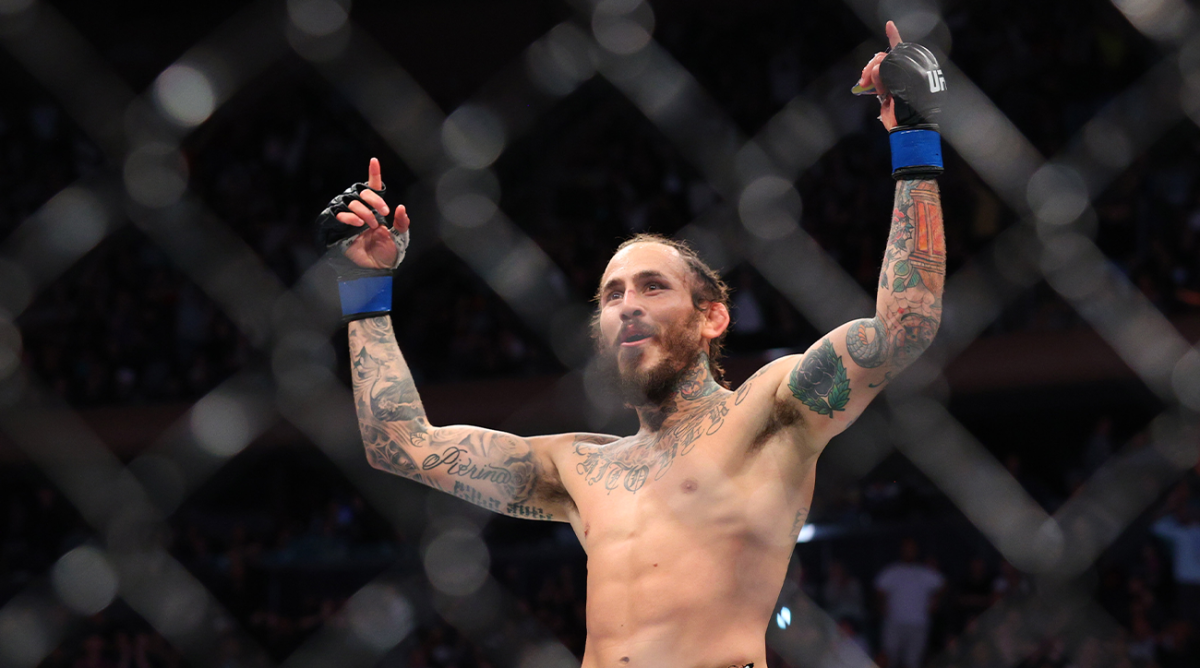 A win for either fighter will put them squarely in the mix for a bantamweight title shot.

Both fighters are UFC veterans with Chito joining the promotion in 2014 and Cruz making his Octagon debut all the way back in 2011.

’The Dominator’ was a can’t-miss prospect when he joined the UFC but has battled injuries throughout his career and never lived up to his potential. Vera, meanwhile, has continued to take on all comers and is on a three-fight win streak.

Here are our staff’s best bets for this card.

I’m leaning toward the favorite here in Marlon Vera simply because I think he’s peaking as an athlete right now and with the way his style matches up with Dominick Cruz, I think he can outpoint the former champ on the feet, where I expect this fight to take place. That said, the line continues to creep higher and higher, and I don’t like the idea of laying significant money against a former champ and future UFC Hall of Famer. While Vera is a proven finisher, I don’t know if he’ll be able to do that against an athlete the caliber of Cruz, so I’m going to bet this fight to go the distance. Both men have what it takes to go five rounds, and while going to the judges’ cards isn’t the most exciting outcome to cheer on as a fan, I think these two top-level fighters are going to struggle to end the other’s night early.

I am really looking forward to the matchup between arguably the two best nicknames in MMA when Priscila ‘Zombie Girl’ Cachoeira takes on Ariane ‘The Queen of Violence’ in the bantamweight division. This matchup will definitely live up to its hype and I expect at least one performance bonus to come out of this fight with potential Fight of the Night honors on the table. Both fighters are not scared to walk down their opponents and walk through danger in order to land vicious strikes. With two strikers as violent as these, I think the smart bet is for this fight not to go the distance and you can get a pretty good price at SI Sportsbook for under 2.5 rounds at plus-money.

This is an interesting matchup given it is two fighters one would think would be on different trajectories. However, Cruz has rebounded as of late proving why he has such a respected career. Despite that, I’ll favor the younger competitor on the upswing in Vera in a fight I expect to go the distance and to a decision.

I have Marlon Vera getting the decision over Dominick Cruz. Both fighters like to push a high pace, but I do not think Cruz will be able to utilize his footwork in the same capacity as he did when he was younger. In a five-round fight that could be exposed more and I think Vera is going to grind him down over the course of 25 minutes and out-point the former champ.

Dominick Cruz’s quest for a third run as champ hits its biggest obstacle in a bout against Chito Vera. If Cruz can three-peat, it may solidify his claim as the greatest bantamweight of all-time. Vera is an especially tough matchup, with a chin that can withstand blows and a willingness to trade shots. But when Cruz is healthy, the overwhelming majority of his fights proves that he shouldn’t be bet against. And Cruz enters this fight healthy.