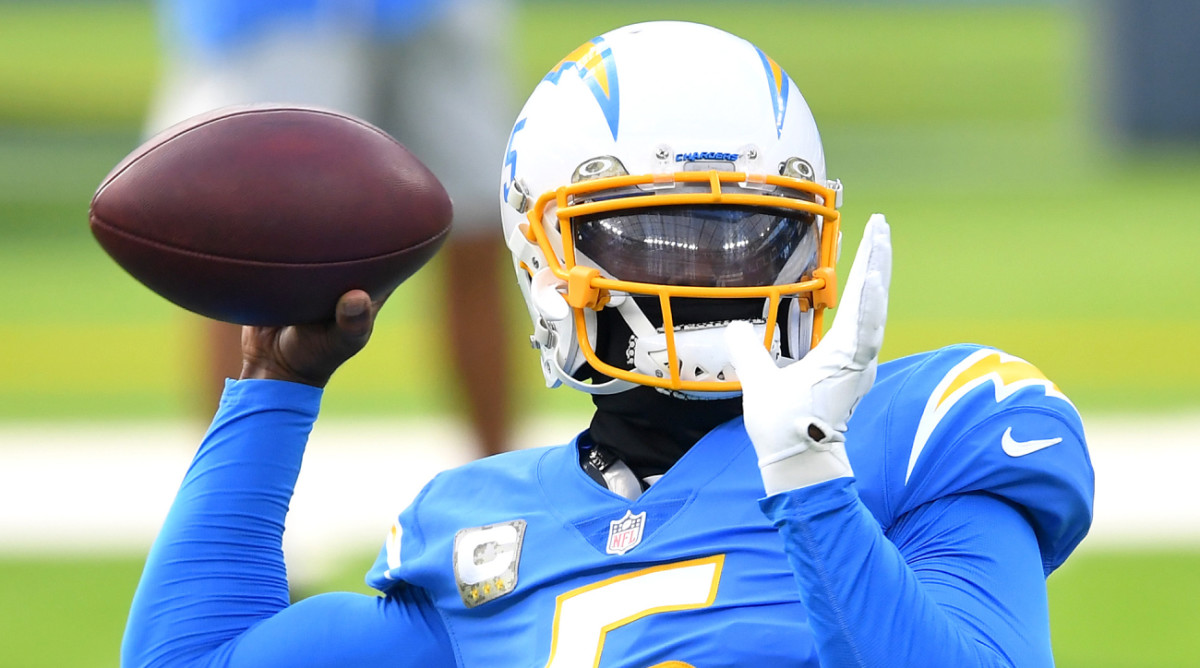 Giants backup quarterback Tyrod Taylor is reportedly suing the Chargers’ team doctor for medical malpractice in regard to a punctured lung he suffered in 2020.

Taylor is seeking at least $5 million from Chargers team doctor David S. Gazzaniga and his company Newport Orthopedic Institute, according to the lawsuit obtained by ESPN. Gazzaniga is the doctor currently working with Justin Herbert regarding the rib cartilage fracture he suffered on Thursday Night Football.

Back in 2020, Taylor was being treated for a rib injury by Gazzaniga and suffered a punctured lung during treatment. The lawsuit states that Gazzaniga was injecting a painkiller into Taylor’s fractured ribs when his lung was punctured before a game on Sept. 20, 2020.

Following this experience, Taylor apparently suffered “severe physical pain resulting in hospitalization, physical therapy, emotional distress and other past pain and suffering,” according to the lawsuit.

Taylor’s lawyers go on to explain how the punctured lung caused him to miss out on an opportunity to start right as he was headed into free agency. Therefore, he could have missed out on a significant payday because of the injury.

Taylor’s 2020 season ended after the injury, allowing Herbert to start for the remainder of the season as a rookie. Taylor was picked up as a starting quarterback for the Texans in 2021, but a hamstring injury caused him to miss six games.

In March, the 33-year-old signed a two-year contract with the Giants as the backup to starter Daniel Jones.

In regard to Herbert’s treatment, the Chargers quarterback’s representatives and the NFL Players Association plan to inspect how Gazzaniga works with Herbert in regard to his rib injury.

The trial is scheduled to take place in April after the NFL season. The lawsuit was flied in Los Angeles County Superior Court.