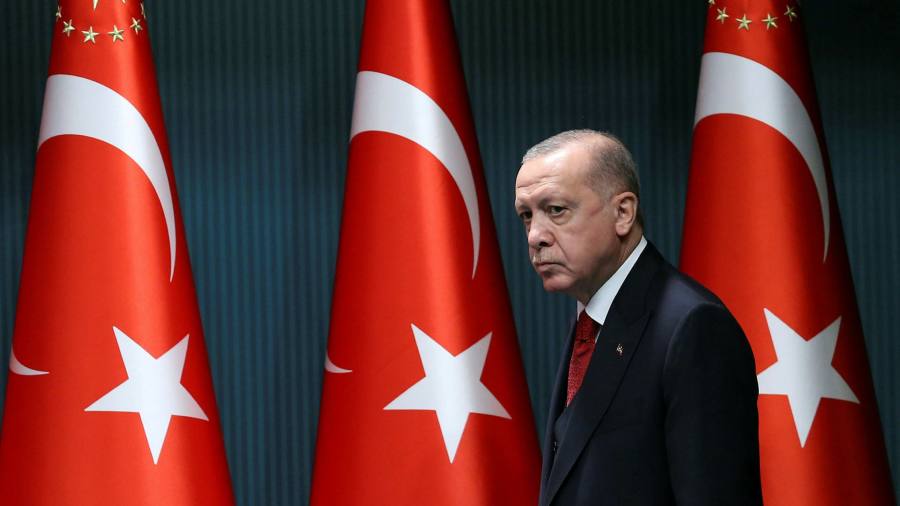 Leaders of the country’s biggest political parties — with the exception of a key pro-Kurdish party — on Monday vowed to limit Erdogan’s role and restore the rule of law after what they say is years of democratic backsliding as the president established a system of one-man rule.

“We are determined to build a strong, liberal, democratic and fair system that establishes the separation of powers with an effective and participatory legislature, a stable, transparent and accountable executive, an independent and impartial judiciary,” their joint declaration said.

Kemal Kilicdaroglu, of the secularist Republican People’s party (CHP) and Meral Aksener, of the right-wing IYI party, were among the party leaders who signed a pact that marked the most significant moment in an effort by Erdogan’s rivals to unite against him that began five years ago.

They were joined by Ali Babacan and Ahmet Davutoglu, who both served as senior ministers under Erdogan in the past but later quit his ruling Justice and Development party (AKP) to form two separate breakaway groups. Two other small parties, the Islamist Saadet (Felicity) party and right-wing Democrat party also took part.

The declaration took place against the backdrop of mounting public discontent about the economy, particularly soaring inflation that reached almost 50 per cent last month, that has eroded the popularity of Erdogan and AKP.

In a nod to the country’s deep cultural and social faultlines, the six parties said that they strived to build a democratic country “where individuals can freely express their thoughts as equal and free citizens and live in accordance with their beliefs”.

Seren Selvin Korkmaz, executive director of the Istanbul-based think-tank IstanPol, described the declaration as “a historic day for Turkey”, adding that the fragmentation and polarisation of Turkey’s opposition had hampered their ability to present a credible challenge to Erdogan. “It is crucial because these kinds of regimes are very vulnerable when the opposition is united,” she said.

At the heart of the declaration was a promise to abolish the presidential system of governance, introduced in 2018 after a referendum, that has concentrated huge powers in the hands of Erdogan.

Other pledges included placing a seven-year term limit on the president and stripping the leader and his council of ministers of powers to announce a state of emergency.

The six parties vowed to implement rulings by the constitutional court and European Court of Human Rights — something that Erdogan has repeatedly refused to do in recent years. They said that they would guarantee the independence of Turkey’s central bank, which has faced heavy interference from Erdogan in recent years.

The president’s rivals face an uphill struggle in convincing voters that they could fix the country’s economy and, if they win, repairing institutions, analysts say.

Despite the show of unity, tensions remain over who will be the opposition’s joint presidential candidate.

Notable in their absence from Monday’s event was the Peoples’ Democratic party (HDP). A left-wing party with strong links to the country’s minority Kurdish population, the HDP helped the opposition alliance to win control of Turkey’s largest cities in 2019 local elections. The party’s supporters will be crucial to any campaign to defeat Erdogan but are seen as too divisive to have an official role within the opposition.