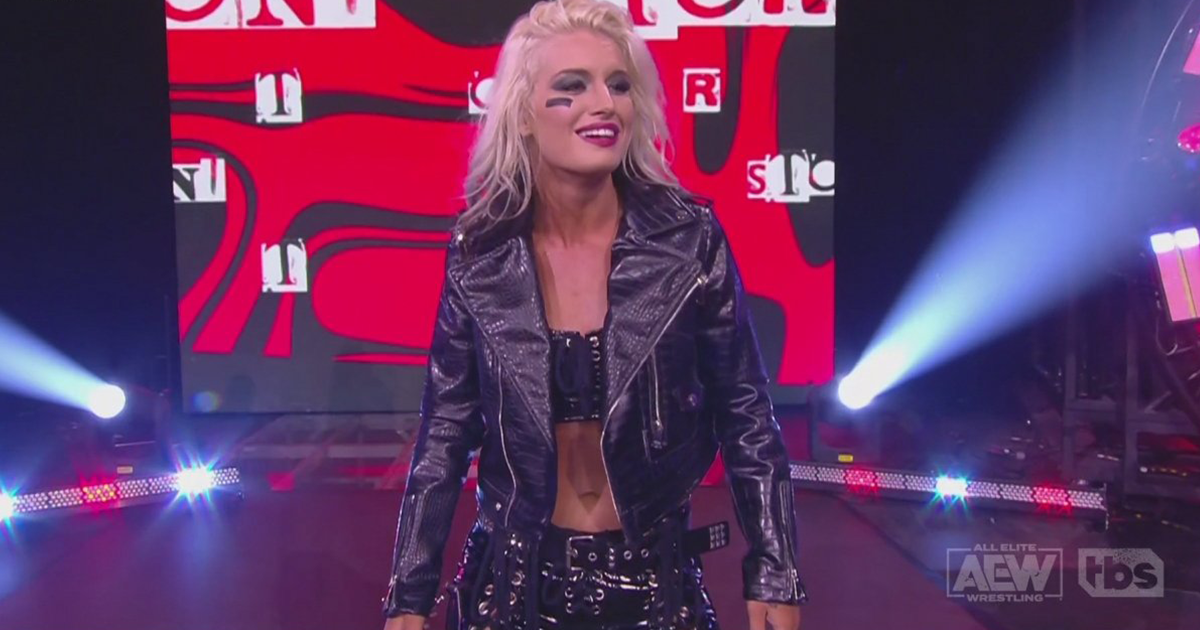 Toni Storm is the latest wrestler to make the jump from WWE to AEW.

The 26-year-old Storm debuted for AEW on Wednesday’s episode of Dynamite, defeating The Bunny in a qualifying match for the Owen Hart Foundation women’s tournament. Storm is the first participant to be confirmed for the tournament.

Storm has signed a contract with AEW and is now part of the promotion’s women’s division.

Last December, Storm was released by WWE after requesting to be let go from the company. Dave Meltzer of the Wrestling Observer reported that wrestlers in WWE were under the impression that “professional burnout” was the reason Storm asked for her release.

Storm’s final match for WWE was against SmackDown women’s champion Charlotte Flair and Sasha Banks at a house show on December 28. Storm was involved in a storyline with Flair on WWE television prior to requesting her release.

Storm is a former NXT UK women’s champion in WWE and was also the winner of the company’s 2018 Mae Young Classic. After being part of the NXT UK and NXT brands, she was called up to the WWE main roster in July 2021.

Storm was born in New Zealand and grew up in Australia. She wrestled across Europe and in Japan before signing with WWE in 2018.

The finals of both the inaugural women’s and men’s Owen Hart Foundation tournaments will take place at AEW’s Double or Nothing pay-per-view in Las Vegas on Sunday, May 29. Dr. Martha Hart, the widow of pro wrestling legend Owen Hart, will be on hand to present the Owen Hart Cup to each of the winners.