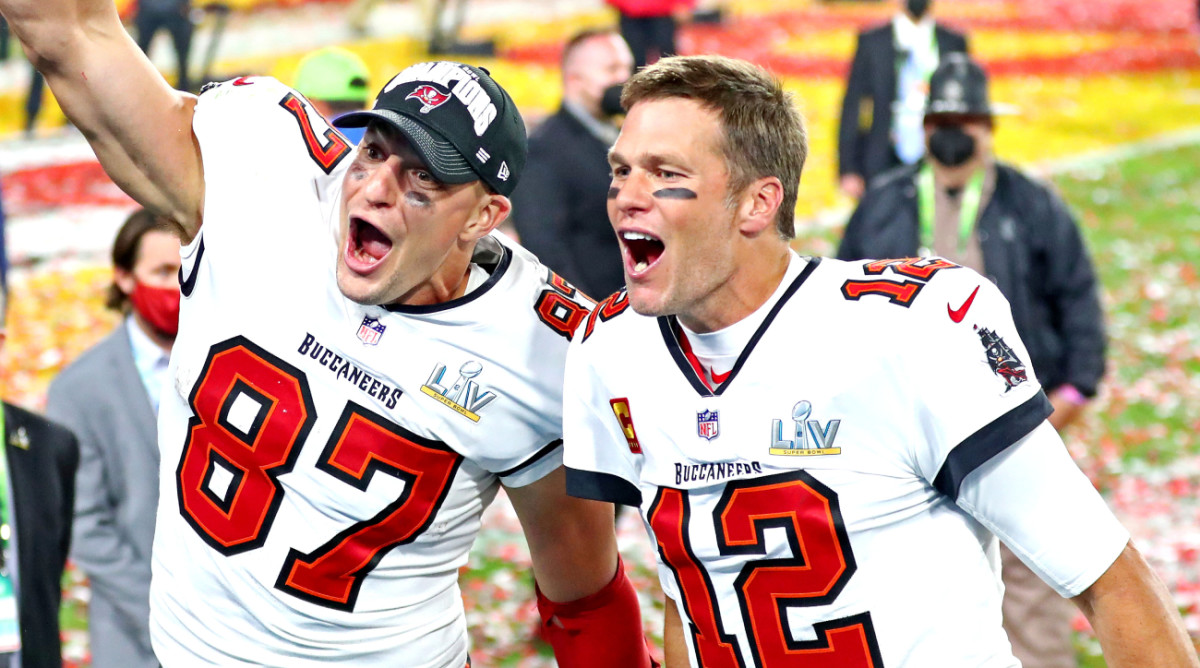 The tight end has played his entire 11-year NFL career under the leadership of quarterback Tom Brady, first on the Patriots for nine years and then the Buccaneers for two seasons. Gronkowski previously retired after the 2018 season with the Patriots before coming out of retirement to join Brady in Tampa Bay.

“Teammate, friend, brother, just a few of the words that come to mind when I think of Gronk,” Brady said, via Pro Football Talk. “Nobody has ever embodied the idea of ‘leaving it all out on the field’ like Rob has throughout his entire career. Every single snap, I knew that no matter how many people you put in front of him, he was going to get to his spot.

“Even more important is the person he was off the field. Focused when he had to be, and FUN the rest of the time. Having Gronk in your locker room was every NFL player’s dream. I’m proud of all that we’ve accomplished together, and even more excited for all you have ahead of you. Congrats Gronk, you deserve it.”

Watch the NFL online with fuboTV: Try for free!

The duo won four Super Bowl titles together. On top of that, Gronkowski was a four-time All-Pro and five-time Pro Bowler. He’s third all-time in receiving touchdowns among tight ends at 92, trailing only Tony Gonzalez and Antonio Gates.

It’s become a joke since Gronkowski’s last retirement that Brady could potentially call him and convince him to return to the field again. Even the 33-year-old’s agent Drew Rosenhaus said he wouldn’t be surprised if Gronkowski came out of retirement again.