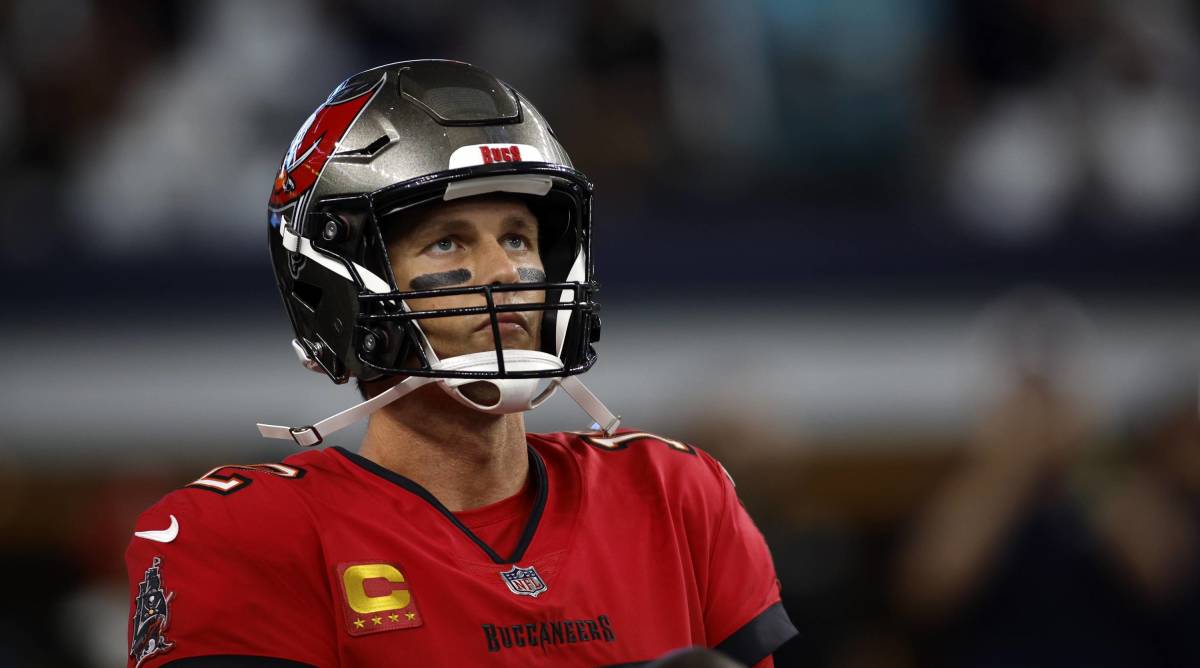 Ever since Tom Brady criticized one NFL team for sticking with their “motherf—–” quarterback instead of snagging him in the 2020 offseason, the search has been on.

Last week, retired quarterback Ryan Fitzpatrick said he believes Brady was talking about him while he was with the Dolphins. That idea is aided by tampering charges from Miami owner Stephen Ross, who reportedly tried to recruit Brady leading up to that offseason.

“I think I still am. I think I still am that guy,” Fitzpatrick said. “If you go back to that …before the 2019 season when the Dolphins are trying to assemble a roster that is going to help them get a better draft pick the next year so it’s not like that was going to be an attractive situation for Tom anyway. So I’m not sure why he was so upset about it, but I still to this day believe that I am that motherf—–.”

However, on the latest episode of Let’s Go! with Tom Brady, Larry Fitzgerald and Jim Gray, Brady confirmed Fitzpatrick was not the “motherf—–.”

“I like to keep them guessing, unfortunately with this coming out I’d have to tell him, it wasn’t him,” Brady said.

Fitzpatrick added he believes there is some tension between the two, something that Brady said he doesn’t understand.

“I love Ryan but somehow he’s got it out for me,” Brady said. “Ryan’s a hell of a guy too, and I’ve competed against him. He’s a Harvard guy, now he looks like he’s part homeless, and now he’s on TV, doing [what] my future job’s gonna be. I think Ryan’s got a good thing going, I’m not sure why he needs to think I’m after him.”

So, with Fitzpatrick out of contention, we are one step closer to discovering the identity of “that motherf—–.”