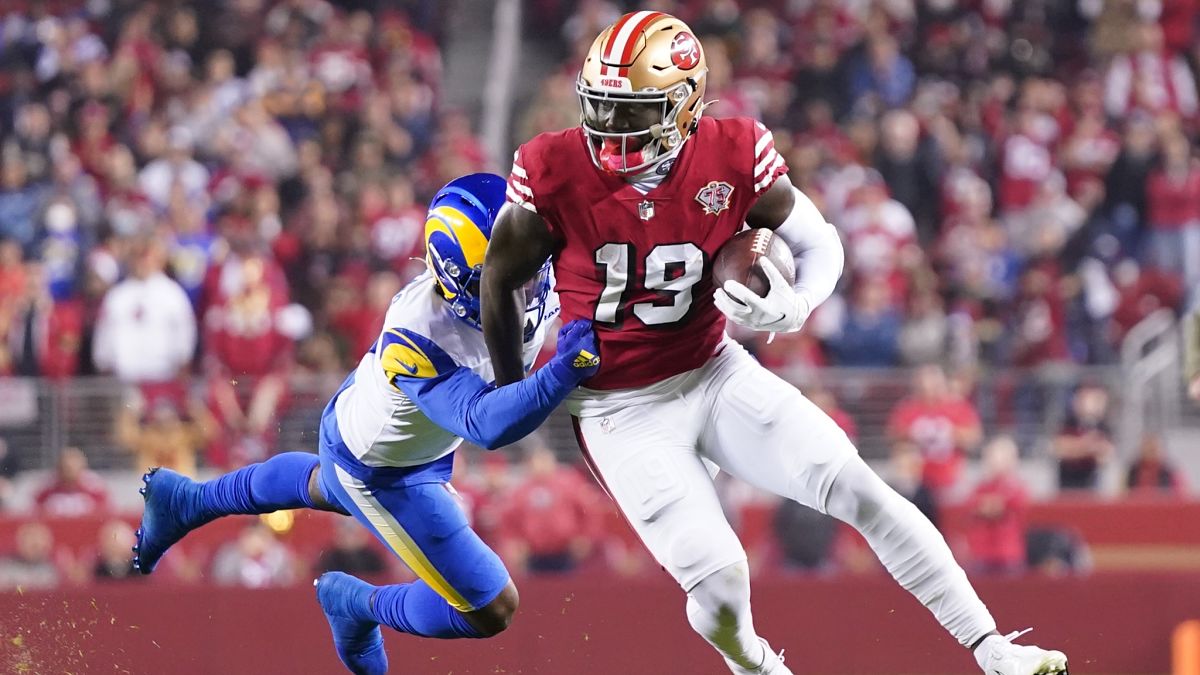 With several NFL wide receivers signing for big money this offseason, three more star-studded wideouts want to cash in on the exploding market for the positional group.

And to get the deals they want, they are prepared to not participate in their respective teams’ on-field offseason programs, according to ESPN’s Adam Schefter.

Deebo Samuel of the San Francisco 49ers, A.J. Brown of the Tennessee Titans and Terry McLaurin of the Washington Commanders are all willing to go to that length in search of new contracts. Each one of the trio are in the final year of their four-year rookie deals.

Brown and Tennessee are working on a contract extension, per ESPN’s Dianna Russini, while Schefter also reported that McLaurin plans to be in attendance but not participate for the start of Washington’s offseason program.

Samuel, Brown and McLaurin have seen their peers at their position sign massive contracts over the course of this offseason. Former Kansas City Chiefs star Tyreek Hill signed a four-year, $120 million contract after being traded to the Miami Dolphins. Hill’s $30 million average annual value is a record for a non-quarterback.

The Las Vegas Raiders handed out a sizable deal to Davante Adams, giving the former Green Bay Packers wide receiver a five-year contract worth up to $142.5 million. Buffalo Bills wideout Stefon Diggs got a new big-time contract worth just over $100 million as well.