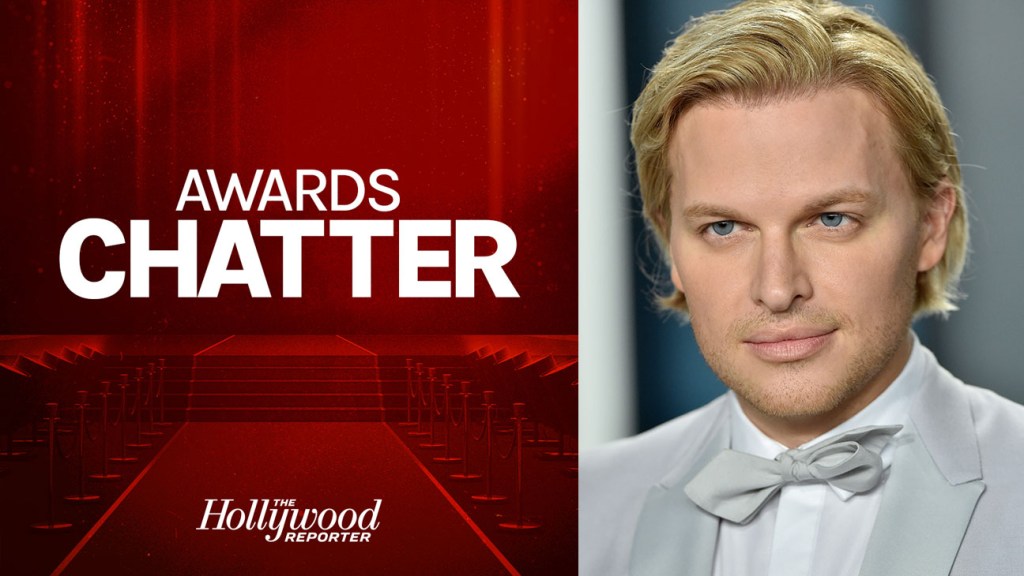 “It’s patience, it’s empathy, it’s trying to really listen to someone and their concerns, both in an interview and also in conversations about whether they’re going to give an interview, and also it’s bringing yourself,” says Ronan Farrow, one of the most consequential investigative journalists of our time, when asked during a recent recording of The Hollywood Reporter’s Awards Chatter podcast how he makes subjects comfortable enough to open up to him about their deepest and darkest secrets. The 34-year-old son of Mia Farrow and Woody Allen continues, “I have a double-edged sword: It’s a painful thing that people know a lot more about me than I know about them, generally, in any interaction, and it’s not all great stuff — but I can’t change that. All I can do is be open and vulnerable about that. And if you’re asking others to be open and vulnerable, I think it helps to be in that space yourself.”

The Emmys-eligible HBO documentary series Catch and Kill: The Podcast Tapes, of which Farrow is an executive producer, offers an unprecedented opportunity for the Average Joe to watch Farrow in action. It is an outgrowth of his landmark October 10, 2017 reporting for The New Yorker about sexual misconduct by Harvey Weinstein, which, on the heels of The New York Times’ reporting from five days earlier, helped to bring down that movie mogul and ignite the #MeToo movement, and also brought Farrow a Pulitzer Prize for Public Service and a spot on TIME’s list of the 100 most influential people in the world in 2018.

Farrow, whose later reporting would also lead to the downfall of CBS chief Les Moonves and New York attorney general Eric Schneiderman, chronicled his Weinstein reporting in the New York Times bestselling book Catch and Kill: Lies, Spies, and a Conspiracy to Protect Predators, which was published in October 2019, and in a podcast of the same name, featuring audio of interviews related to that investigation, in November 2019. Then, in July 2021, HBO — with whom Farrow has an overall deal — released Catch and Kill: The Podcast Tapes, for which directors Fenton Bailey and Randy Barbato (who are also behind the Emmy-winning RuPaul’s Drag Race) combined footage of those interviews with archival and dramatic materials.

Farrow’s early home life was infamously turbulent, particularly after his mother became aware of a relationship between his father and his adopted sister, Soon-Yi Previn, in January of 1992, and when, eight months later, his sister, Dylan Farrow, accused Allen of having molested her; at the time of these events, he was not yet 5. But though one might assume that a child growing up amid such tumult would struggle in school, Farrow quickly emerged as an academic prodigy, skipping numerous grades and starting university at the age of 11. At 15, he became the youngest person ever to graduate from Bard College. He was then accepted to Yale Law School, but deferred his start date in order to accept an internship with the storied diplomat Richard Holbrooke and also to work for UNICEF, only to return to the institution and graduate at 21, en route to becoming the youngest political appointee on record at the State Department, where he worked for Holbrooke and then Secretary of State Hillary Clinton as a special adviser for global youth issues. Finally, at 23, he became a Rhodes Scholar, which led to a seven-year pursuit of a Ph.D. from Oxford — some of which overlapped with his Weinstein reporting.

Farrow now speculates that part of why he engaged in “degree chasing” was to fill a “yawning chasm of gay insecurity” he had at the time (he is now openly gay). Looking back at his adolescence, he says, “I see a lot of privilege in my background, and I try to own that, but I also think, as the years have passed, I’ve become less afraid of acknowledging that, you know, it was all pretty messed up, too. And I do think I draw considerable strength from that, and I also think it did give me some backdrop of awareness of some of the issues that ultimately entered into my reporting.”

His path to a career in journalism began with writing unsolicited op-eds about international and human rights issues and submitting them to major newspapers. He then began to be invited to discuss those subjects on cable news segments. And in 2014, Phil Griffin, then MSNBC’s president, hired him to host his own afternoon show, Ronan Farrow Daily. When the plug was pulled on that program after just a year, Farrow joined NBC News’ investigative unit and contributed pieces to the Today show and NBC Nightly News.

Meanwhile, a May 4, 2016 THR cover story profiling Woody Allen without addressing Dylan Farrow’s accusations about him prompted social media backlash — a sign of “a changing cultural moment,” Ronan Farrow now recognizes. His position was then and remains today the same: “I would never propose that people should be hesitant to profile Woody Allen or talk about his work or whatever. But I do think if you’re a journalistic outlet, you have a responsibility to ask the tough questions about the tough things.”

Then-THR editorial director Janice Min reached out to Farrow and asked him if he would write a guest column responding to the piece. Farrow says that for most of his life, “My desire was to get as far away from it [the allegations against Allen] as possible,” but on this occasion he decided to tackle it head-on. And his May 11, 2016 response “touched a nerve.” As Farrow recalls, “It resonated with people working in that field, with survivors of sexual violence, with people in the industry who had terrible stories, and there was clearly more to delve into there. So, aside from anything else, just as a reporter with a nose for a scoop, I felt like there was interesting storytelling to be done excavating that a little more.”

In the fall of 2016, Farrow pitched a piece to his NBC superiors about the Hollywood casting couch, “and that’s how I wound up stumbling into the Weinstein stuff,” he explains. Rose McGowan and others who had been wronged by Weinstein, many of them familiar with Farrow’s own family’s connection to sexual misconduct, began to open up to the reporter. And after months of work, he took his findings to NBC, only to find the network unwilling to air them, ostensibly out of fear of Weinstein and/or what Weinstein knew about skeletons in the network’s own closet (some of which would later become public thanks to Farrow). In response, Farrow, not wanting to let down the women who had put their trust in him, took his reporting to The New Yorker, which published them.

After the Weinstein story exploded, Farrow reached back out to many of his sources and others connected to his investigation and asked to interview them for a podcast. “I did not have an intention to do a separate show using that material,” he says now, but HBO, with whom he was now in business, urged him, “Let’s just shoot it and see what we get.” He marvel, “People really opened up and were raw and vulnerable, and you didn’t feel the presence of the camera, in terms of the emotional tenor of the conversation.” Long after, when Farrow saw what Bailey and Barbato ultimately did with the footage, he says he was “bowled over.”

Less than five years after his Weinstein reporting rocked the world, Farrow continues to conduct investigations about not only sexual misconduct, but also surveillance and other impropriety. He has received widespread appreciation for his work, but also plenty of harassment and hate. “It’s an occupational hazard to be buffeted by a lot of incoming, and I think I’m still dealing with some of the fallout from that,” he acknowledges. “Because the reality is that, as many times as I repeat that it’s not about me… this line of work can take a toll. I don’t know if I will ever be totally better, with respect to the impact of some of that. But, you know, it’s also very fulfilling work, so it’s worth it. And I’m grateful for it.”