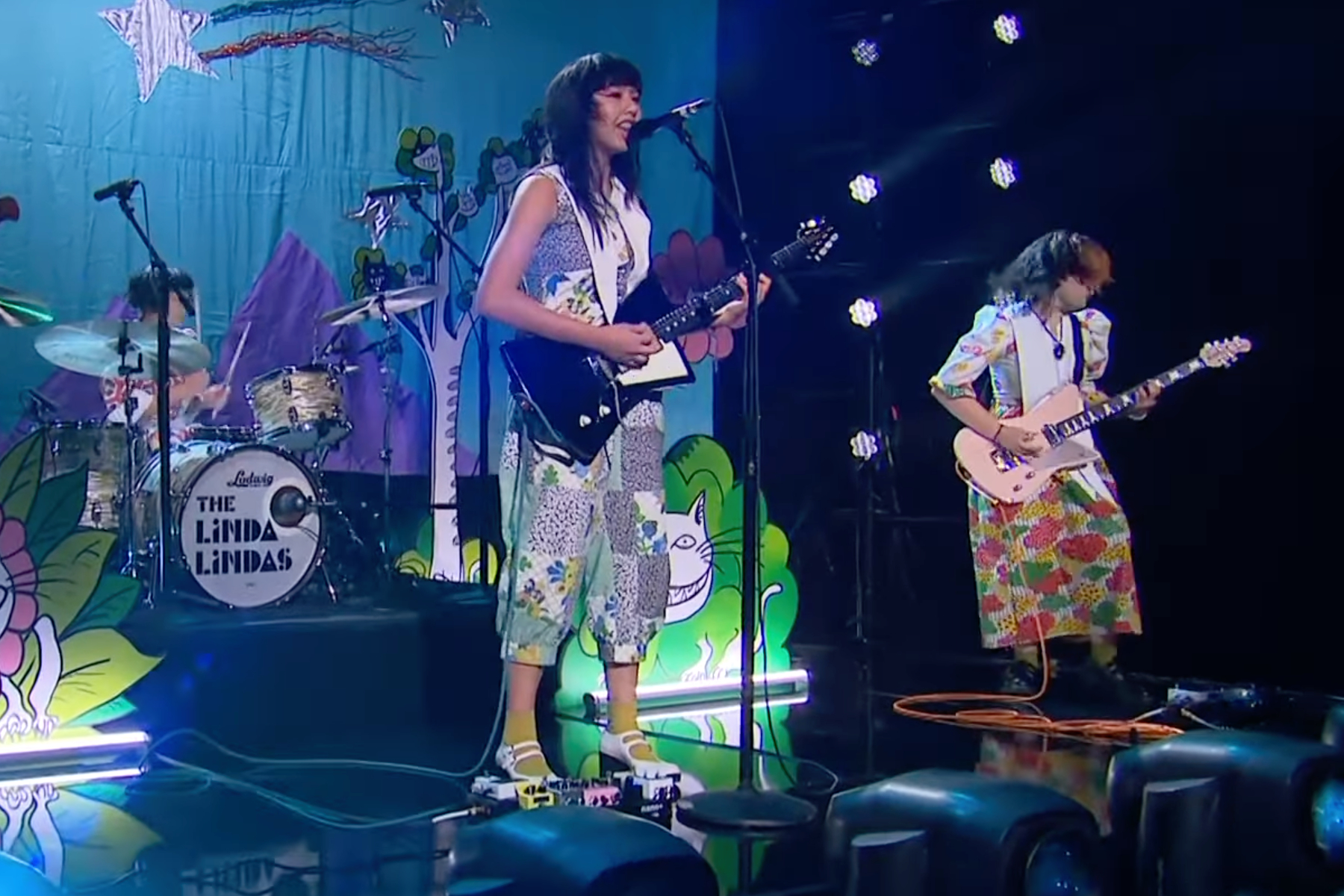 “Growing Up”, which marked the Los Angeles-based band’s second late-night TV appearance, found the all-girl group decked out in literal cat-eye makeup performing amid a forest of cool kitty trees — a nod to the song’s music video, which features a cast of furry felines.

“We get closer to each other when we write songs about what we’re feeling,” vocalist and guitarist Lucia de la Garza, 15, who also wrote “Growing Up,” told Rolling Stone in a recent interview. “We’re putting a little piece of ourselves out there to show who we are. That’s kind of scary, but it’s a lot less scary when you’ve got three other people to do it with you.”

The band first grabbed the internet’s attention last summer when a performance of their song “Racist Sexist Boy” went viral on Twitter.

Growing Up is out April 8 on Epitaph Records.