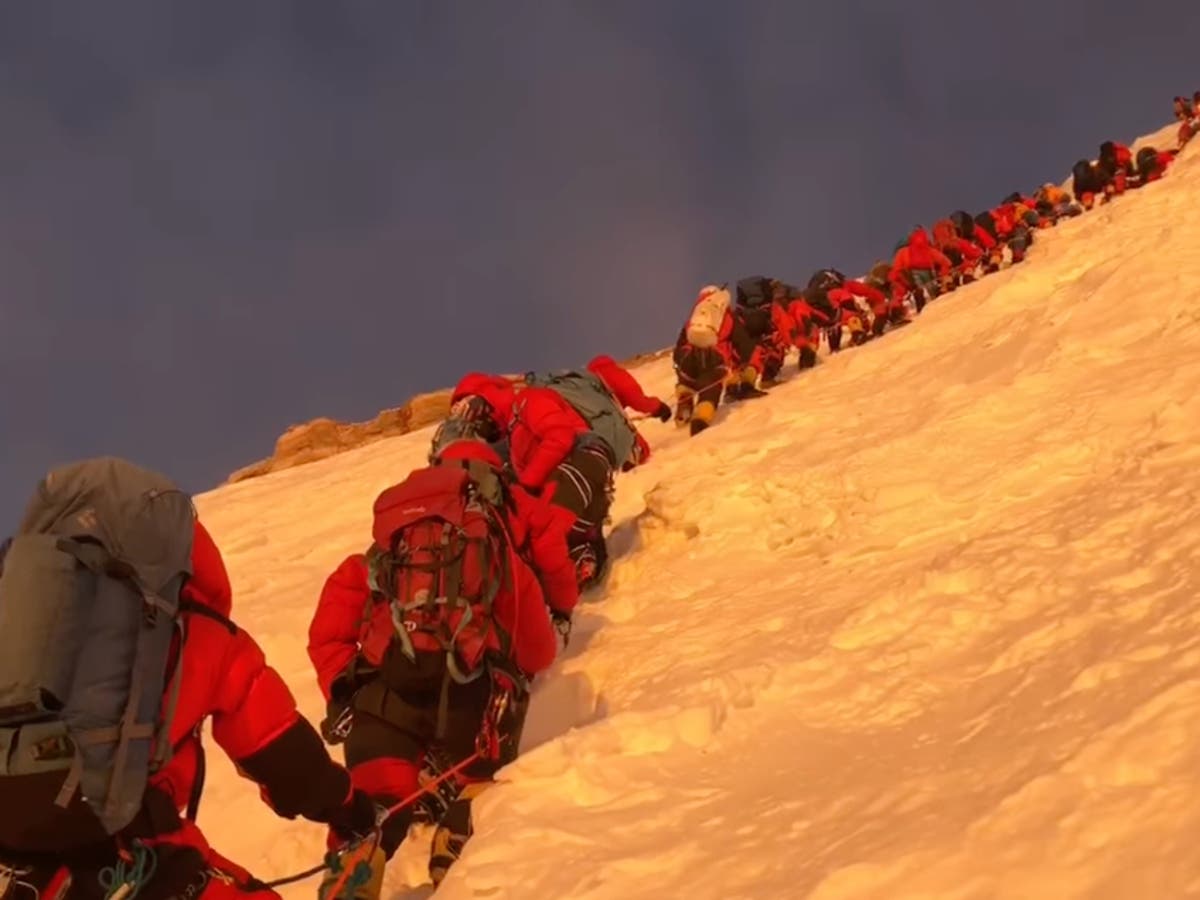 Overcrowding on the world’s second highest mountain has led to climbers forming the most perilous traffic jam in the Himalayas.

Lining up in a narrow and vertical passage of ice, below a huge glacier, mountaineers were filmed waiting their turn to trek up Pakistan’s K2.

A video taken by a sherpa – a local Himayalan expert mountaineer – shows the climbers dangling at the most dangerous spot of the mountain, called the Bottleneck.

Posting the video on Instagram, Mingma G said a record number of 400 climbers taking on the summit on 22 July led to the hold-up.

He wrote: “This is the scariest part of the K2 and we had to be in a long queue”.

Seated in the Karakoram range, it is also known as ‘Savage Mountain’ as is reportedly the deadliest of all the summits.

The viral video sparked concerns that the summit is a poor fit for hundreds of climbers due to the extremely harsh conditions and very few camps due to the steep altitude.

According to El Pais, there were reports of fights breaking out between climbers over camping spaces as “the terrain is too steep to accommodate them all”.

It comes as the bodies of two climbers, one from Australia and one from Canada, were recovered from K2 last week.

Matthew Eakin from Sydney and Richard Cartier from Quebec had gone missing last week during their descent from Camp 2 to Camp 1. Rescuers spotted the intact and frozen bodies on Tuesday, just below Camp 1, according to The Himalayan Times.

This takes the number of recent deaths on the Pakistani peak to three, as Afghan climber Ali Akbar Sakhi also died on the K2 last week of a heart attack.