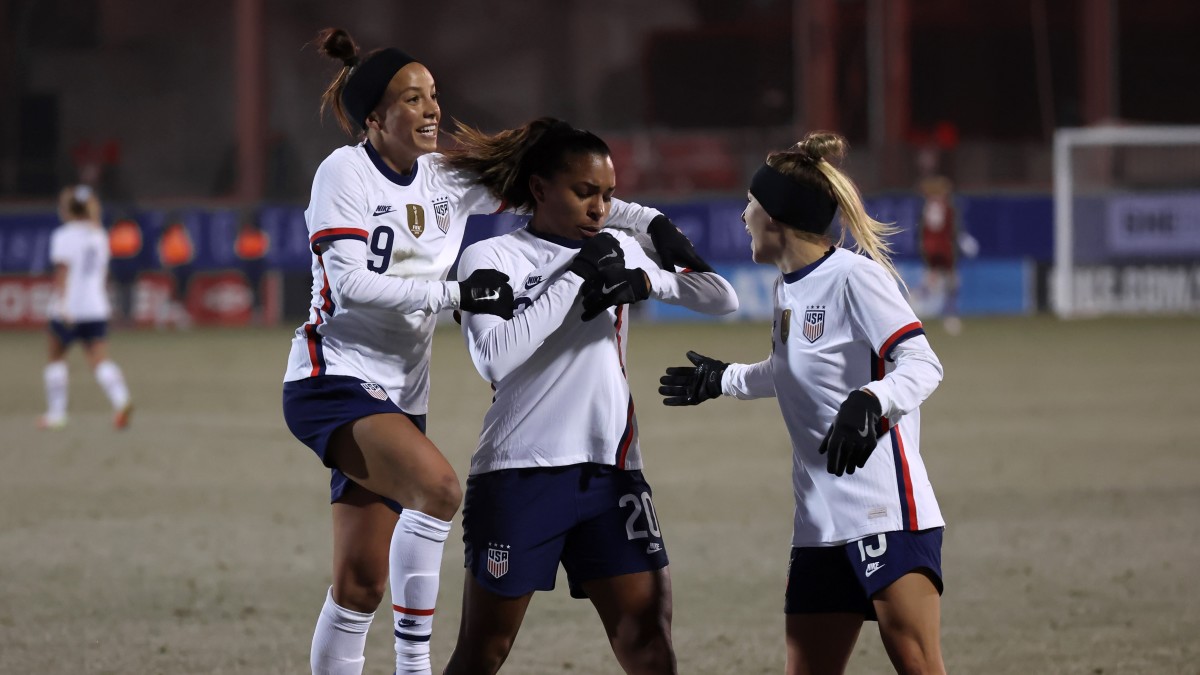 The team defeated Iceland, 5-0, in Wednesday night’s SheBelieves Cup final, though the show of support for trans children in Texas drew the most notable attention. The governor’s letter to the Department of Family and Protective Services decreed instances of gender-confirming care to children to be investigated.

“I hereby direct your agency to conduct a prompt and thorough investigation of any reported instances of these abusive procedures in the State of Texas,” Abbott wrote.

Catarina Macario and Andi Sullivan showcased their wristbands during the broadcast. Macario scored two goals to earn MVP honors for the SheBelieves Cup, while Mallory Pugh also scored twice and Kristie Mewis had a goal.

”With the platform that we have, we just really wanted to showcase why this team is so different and why we do things that are much bigger than just the game … especially because we were playing here in Texas,” Macario told reporters after the game.

Macario also said that the idea for the show of solidarity came from Megan Rapinoe, who didn’t play Wednesday but relayed the idea to U.S. forward Lynn Williams, according to The Philadelphia Inquirer‘s Jonathan Tannenwald.

TOGETHXR, a media and commerce company founded in part by USWNT forward Alex Morgan, WNBA star Sue Bird—who is married to Rapinoe—and Olympic gold medalist Chloe Kim, announced Wednesday it was pulling out of South by Southwest, a popular cultural festival in Austin, Texas. The company’s statement said, ”The latest act by the governor of Texas is another abomination and for us, a tipping point.”

Uncertainty remains about the direct impact of the governor’s order, which comes after attorney general Ken Paxton released a non-binding legal opinion stating that elective procedures for gender transitioning should be considered ”child abuse.”

The win for the U.S. marks the third consecutive SheBelieves Cup championship, and the fifth in the seven years of the event.