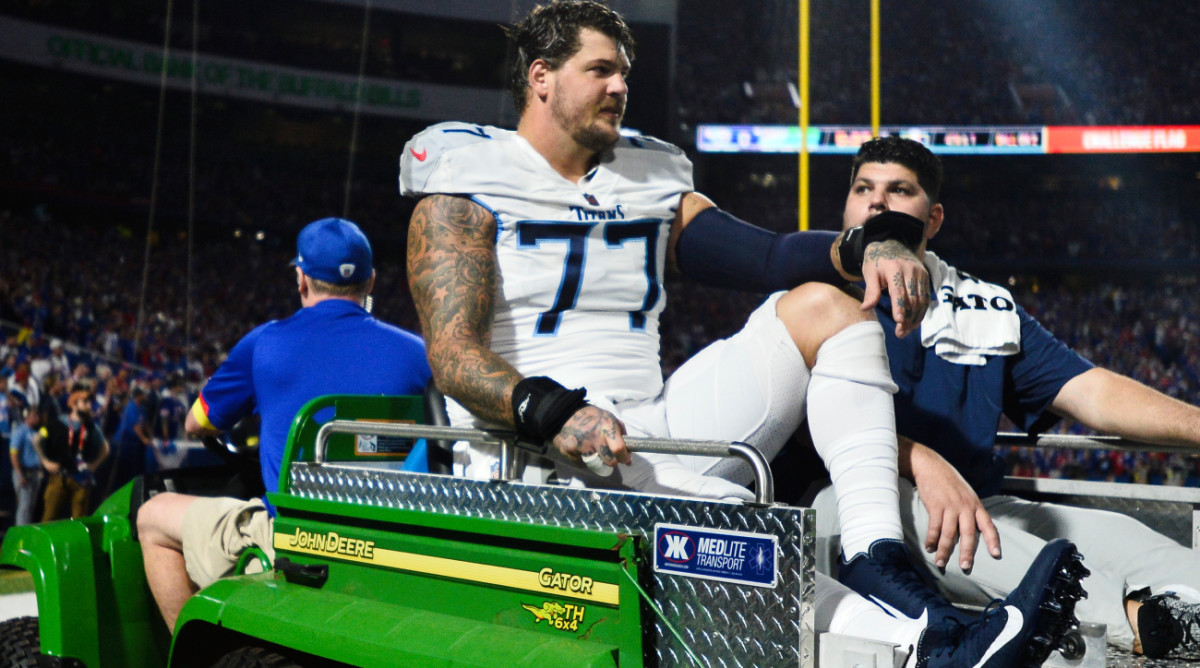 Titans left tackle Taylor Lewan will undergo additional testing after exiting Monday Night Football with a knee injury in the first quarter against the Bills.

Lewan, 31, was carted off the field after suffering the injury on Tennessee’s first play from scrimmage. The three-time Pro Bowler initially was deemed questionable to return but ended up missing the rest of the contest. The Titans went on to fall to the Bills, 41–7, in a contest that saw the team struggle mightily on both sides of the ball.

“I thought Dennis went in there and tried to compete and did some things,” Titans coach Mike Vrabel said after the game. “Obviously, we lost some other guys, unfortunately. You never like to see players down on either side of the football field. So I hope everybody is going to be OK.”

While it remains to be seen how much time Lewan will miss, his knee injury adds to a string of health-related setbacks for the nine-year veteran in recent seasons. Lewan has not played an entire season since 2017, his second of three consecutive Pro Bowl campaigns; he appeared in 13 games in ’22 after a combined 32 appearances in the previous three seasons.

In Week 1, Lewan played 58 of a possible 60 snaps and five special teams snaps in a loss to the Giants.