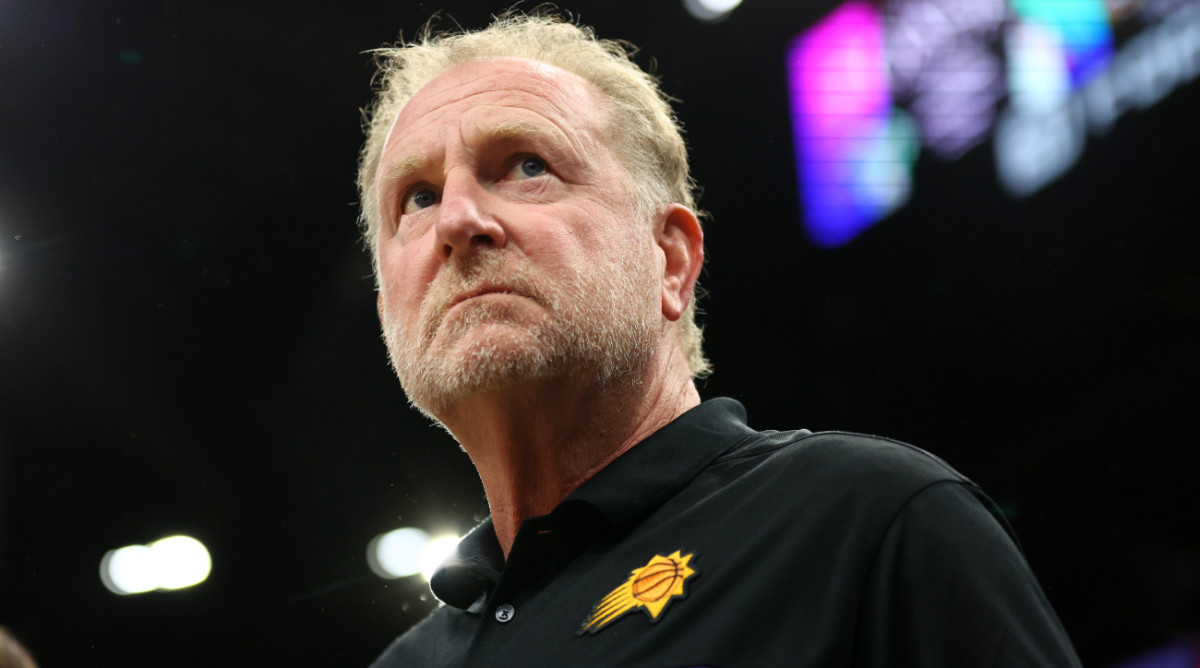 In a letter obtained by AZCentral’s Duane Rankin, Najafi, who owns the second-largest stake in the team, addressed the findings of the league’s investigation into Sarver’s behavior before calling for his resignation from the club. The NBA announced Tuesday Sarver has been suspended for one year and fined $10 million after it was revealed that he consistently acted inappropriately toward employees and made racist and sexually abusive remarks towards employees among other lewd acts over the past 18 years.

“I cannot in good judgment sit back and allow our children and future generations of fans think that this behavior is tolerated because of wealth and privilege,” Najafi wrote. “Therefore, in accordance with my commitment to helping eradicate any form of racism, sexism and bias, as Vice Chairman of the Phoenix Suns, I am calling for the resignation of Robert Sarver. While I have no interest in becoming the managing partner, I will work tirelessly to ensure the next team steward treats all stakeholders with dignity, professionalism and respect.”

Najafi also expressed his gratitude to those who “garnered the courage” to speak out against Sarver. News of the 60-year-old’s suspension came 10 months after ESPN reported accounts from over 70 current and former Suns employees concerning reports of a toxic workplace environment that included both racism and misogyny under Sarver’s watch.

“I first and foremost want to give my deepest thanks to all of you who garnered the courage to share your experiences, as difficult as it may have been, to help piece together a clearer picture of what work life must have been like for you over these past 18 years,” Najafi wrote.

He continued, “There should be zero tolerance for discriminatory actions of any level, in any setting, let alone a professional one. There is no question that the findings determined that Mr. Sarver’s lewd, misogynist and racist conduct had a substantial negative impact on you and has no place in our society.”

The investigation further detailed instances in which Sarver used the n-word at least five times during his ownership tenure, and uttered numerous “sex-related comments toward female employees.” Sarver also reportedly made “inappropriate comments about the physical appearance” of both women who worked for the team and elsewhere, and engaged in “inappropriate physical conduct toward male employees.”

In addition to calling for the suspension, Najafi voiced his desire to see the NBA take strict action against Sarver and any employee who displayed similar heinous behavior.

“Similar conduct by any CEO, executive director, president, teacher, coach or any other position of leadership would warrant immediate termination,” Najafi said. “The fact that Robert Sarver ‘owns’ the team does not give him a license to treat others differently than any other leader. The fact that anyone would find him fit to lead because of this ‘ownership’ position is forgetting that NBA teams belong to the communities they serve.

“Team investors are merely temporary stewards. If we, as sports leaders, are not held to the same standards then how can we expect a functional society with integrity and respect on any level? We owe it to you: employees, players, partners and your families to provide the same positive workplace environment we would require of any other business.”