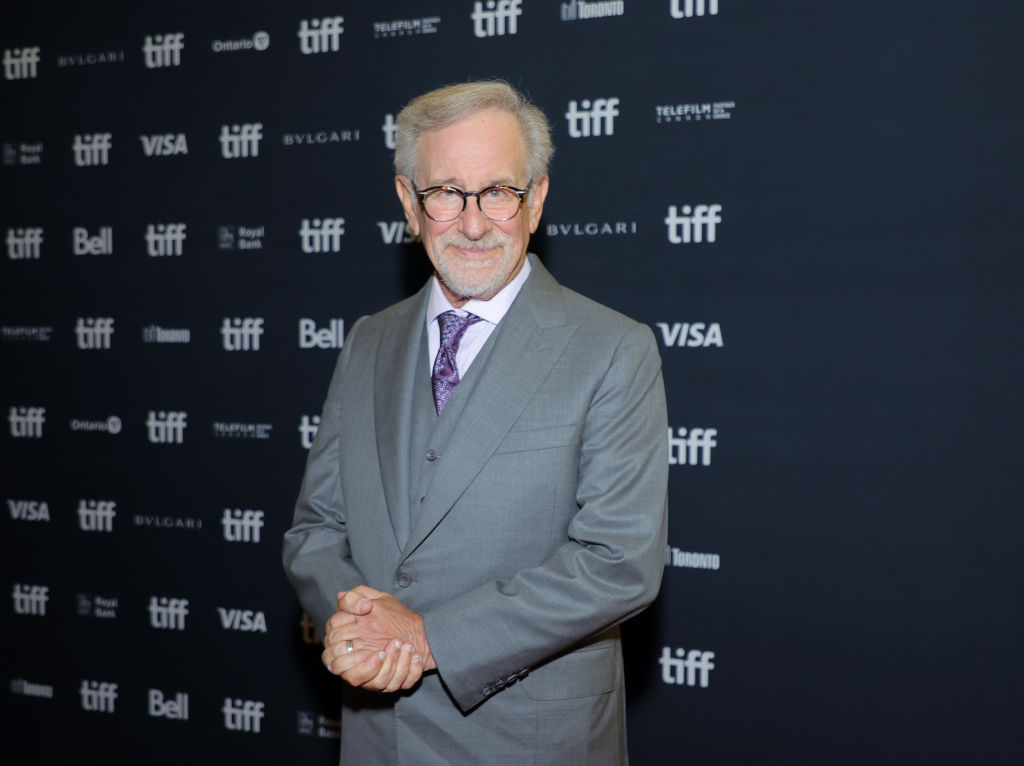 If there was fear that Steven Spielberg’s autobiographical film The Fabelmans might be his last, the legendary director has emphatically put that notion to rest.

“This [movie] is not because I’m going to retire and this is my swan song,” he said, following the film’s world premiere at the Toronto International Film Festival. “Don’t believe any of that.”

Standing alongside cast members Paul Dano, Michelle Williams and Seth Rogen during a post-screening Q&A, the 75-year-old director explained the impetus for the film, which marks the first time that he has plumbed his own family history in a sort of cinematic memoir that delves into his introduction to the art form and his budding genius. The Fablemans also explores how infidelity splintered his close knit family that includes three sisters, all who made the trek to the premiere and were seated with their famous brother.

“[Co-writer] Tony [Kushner] and I started talking about this possibility when we were making Lincoln together,” Spielberg said from the stage. “Tony kind of performed the function of a therapist and I was patient, and we talked and I talked for a long time. Tony fed me and helped me through this…But when COVID hit, we all had a lot of time. And we all had a lot of fear. I don’t think anybody knew in March or April 2020 what was going to be the state of the art and the state of life, even a year from then. And I think in that sense, I felt as things got worse and worse that I just felt that [my adolescence] is the thing that I really need to resolve and unpack.”

In casting the film, Spielberg gambled on an unknown in actor Gabriel LaBelle, whose performance as Spielberg’s stand-in Sam Fabelman was embraced by the audience. They cheered wildly for the teen as walked onstage after the film, as well as for a very pregnant Williams, who portrays the Fabelman matriarch who encouraged her son’s preternatural storytelling skills.

The idea of Williams as Spielberg’s mother had been percolating in his head ever since he met the actress following her career breakout in Blue Valentine. “She was always a leader in a sort of pre-frontal–frontal lobe idea about my mom Leah,” he explained. “And then I had felt the same way about Paul. He’s shared so many of the same [qualities] — a kind of pragmatism, also the patience of my dad, the deep, deep, profound kindness of my father and the genius of my dad had been in computer design.”

The film’s rapturous debut assures that it will be a strong contender in the upcoming Oscars race as was the case last year with his West Side Story remake.

The director, whose Holocaust drama Schindler’s List is widely considered to be one the most significant American films of the past 30 years, faced anti-Semitism after the family moved from Arizona to California, which is touched upon in the movie. Still, Spielberg explained that he didn’t want to overstate the experience.

“The anti-Semitism [was] an aspect of my life, but it [wasn’t] any kind of a governing force in my life. But I am very, very aware of being an outsider early on,” he told TIFF CEO and moderator Cameron Bailey. “I have to also say that when I was bullied in my senior in high school, it was only two guys [as] represented in the film. The school did not bully me, the school is fine. … It was an aspect of my life I wanted to get into the movie, but it wasn’t meant to be the theme of the film at all.

Added Kushner: “It’s an aspect of his experience. … I like very much the sort of easy way that Jewishness lives in this movie. It’s a very profound part of Steven’s identity. But it’s a movie that’s about your people, rather than entirely exclusively about Jewish and Antisemitism or something. So it’s not a problem. It’s who they are. And I liked the way that it was in the film.”

As the brief Q&A came to a close, Bailey asked the auteur if anything will change in his process and career now that he has lifted this work of self-exploration off his chest.

He responded that he wasn’t sure, but that the process brought him closer to his three sisters than he ever thought possible. He added: “I will say that that this film is for me is a way of bringing my mom and dad back.”