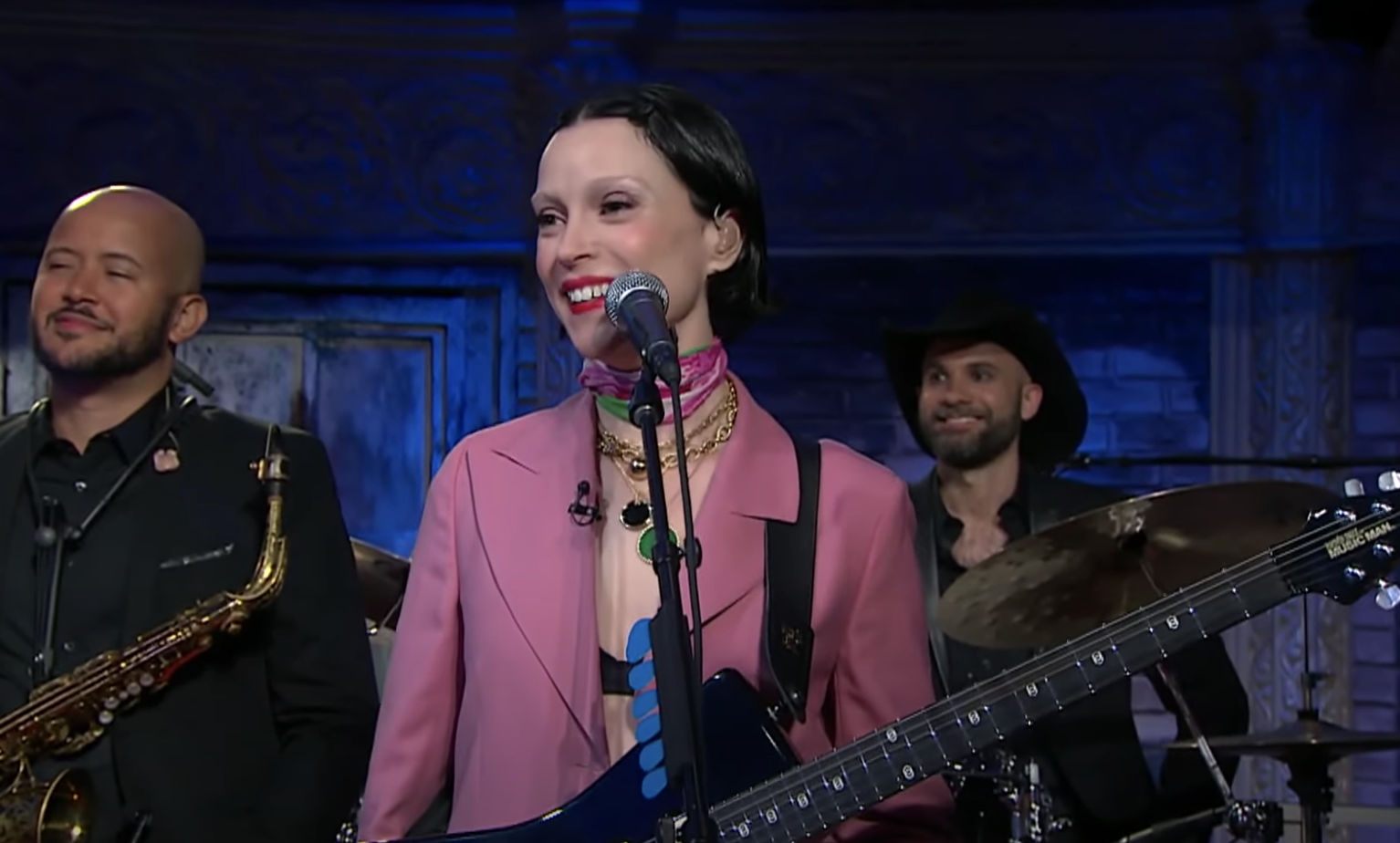 St. Vincent, a.k.a. Annie Clark, made a special appearance on The Late Show in host Stephen Colbert’s house band. The musician took the opportunity to publicly urge the Dallas Cowboys to book her to perform the National Anthem at a future game.

“You are a proud daughter of Dallas, is this not true?” Colbert asked St. Vincent. She confirmed, “I am, in fact, from Dallas, Texas, yes.”

Colbert then asked her to “sell me on Dallas,” explaining that he has never been. “Is it the brisket? Is it the Cowboys? What should I look forward to the most?” he asked. He added, “Have you ever sung the National Anthem at a Cowboys game?”

“No,” the singer replied. “But I have been trying to… They have never taken me up on my offer.”

St. Vincent is sitting in for house band leader Jon Batiste for the week alongside his Stay Human band, kicking off a series of musical residencies on The Late Show. James Taylor and Joe Walsh will follow in August.