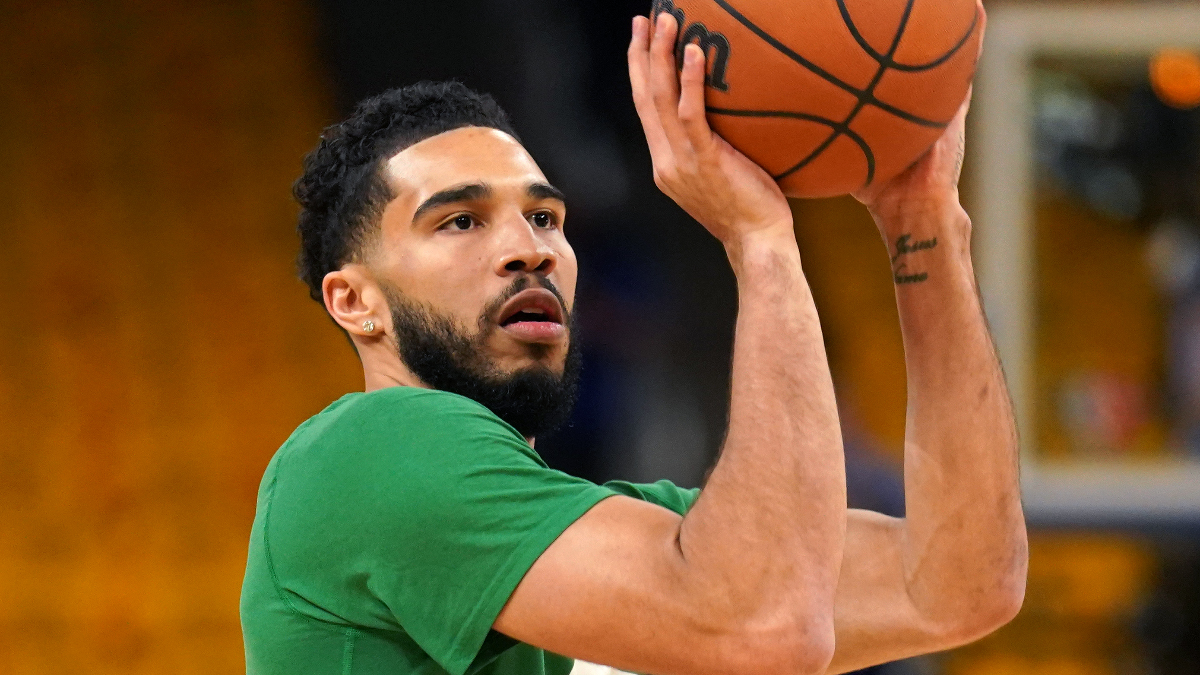 NBA Finals losses likely are a little easier to digest for players who know they played at a high level throughout the series.

Tatum averaged 21.5 points per game against the Golden State Warriors after averaging 29.5, 27.6 and 25 points per game in the Celtics’ first three series of the 2022 playoffs, respectively. The All-NBA first-teamer was particularly lousy in Boston’s season-ending loss Thursday night when he scored 13 points and turned the ball over five times at TD Garden.

The lackluster performance in a high-pressure spot prompted a take from “Undisputed” co-host Skip Bayless.

“Jayson Tatum is a really nice guy but he’s obviously not That Guy,” Bayless tweeted.

Tatum undoubtedly deserves criticism for his Finals struggles and Game 6 dud. But to matter-of-factly declare Tatum isn’t capable of being “the guy” when the three-time All-Star still is only 24 years old is foolish. Tatum has showcased marked improvements in each of his first five NBA seasons, and there’s no reason to believe that trend won’t continue moving forward.

The star swingman sounded committed to the grind after the Celtics fell two wins shy of their ultimate goal. As such, Green Teamers should feel confident in Tatum’s prospects of leading Boston to the promised land.