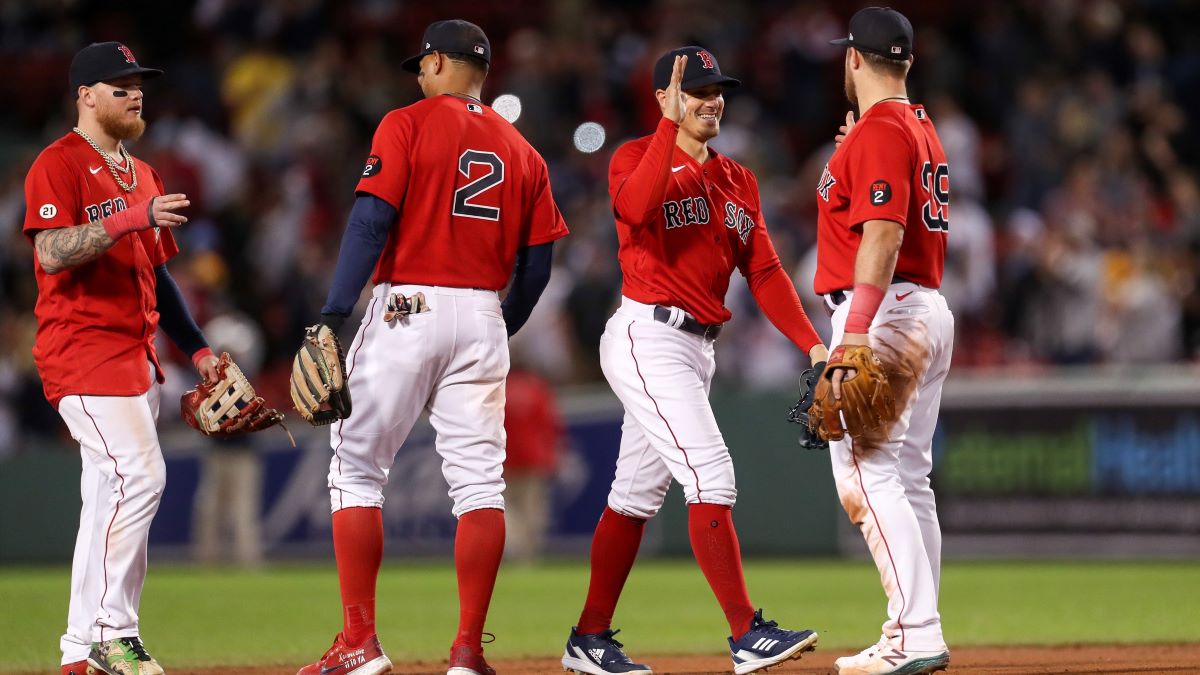 Sound advice most get in Little League ended up paying dividends for the Boston Red Sox on Friday night in a 2-1 win over the Kansas City Royals at Fenway Park.

The Red Sox weren’t swinging for the fences against Royals pitching — not that they have been hitting many homers this season anyways — but instead chose to be very selective and it aided Boston in a big way with it only recording three hits.

But the Red Sox collected eight walks, four of which came in the bottom of the eighth inning in which Boston erased a one-run deficit and jumped ahead of the Royals on an RBI single to left field by J.D. Martinez.

“When we’re going good, we don’t mind them swinging, but when we’re struggling, we would love them to zone in on certain pitches that are more in the zone,” Red Sox manager Alex Cora told reporters as seen on NESN postgame coverage. “A walk is a hit, right? That’s what they used to tell us in Little League. We did a good job today. There were a lot of 3-2 (counts), a lot of four-pitch walks. We won a lot of counts that matter.

“That’s the fun part of it. When you do that as an offense, regardless whether you see the two hits or one hit, whatever, you feel like something good is going to happen.”

Cora has harped upon his team not drawing enough walks this season, especially with the top hitters in Boston’s lineup struggling with their power. But the Red Sox reversed course in the series opener against the Royals as Martinez’s go-ahead knock in the eighth was the only hit of the inning.

After Xander Bogaerts chased pitches from Scott Barlow to strikeout with the bases loaded, Alex Verdugo came through with a four-pitch walk to level the score prior to Martinez’s at-bat, as the left-handed hitter didn’t get fooled by any of the pitches from the right-handed reliever that barely missed the strike zone.