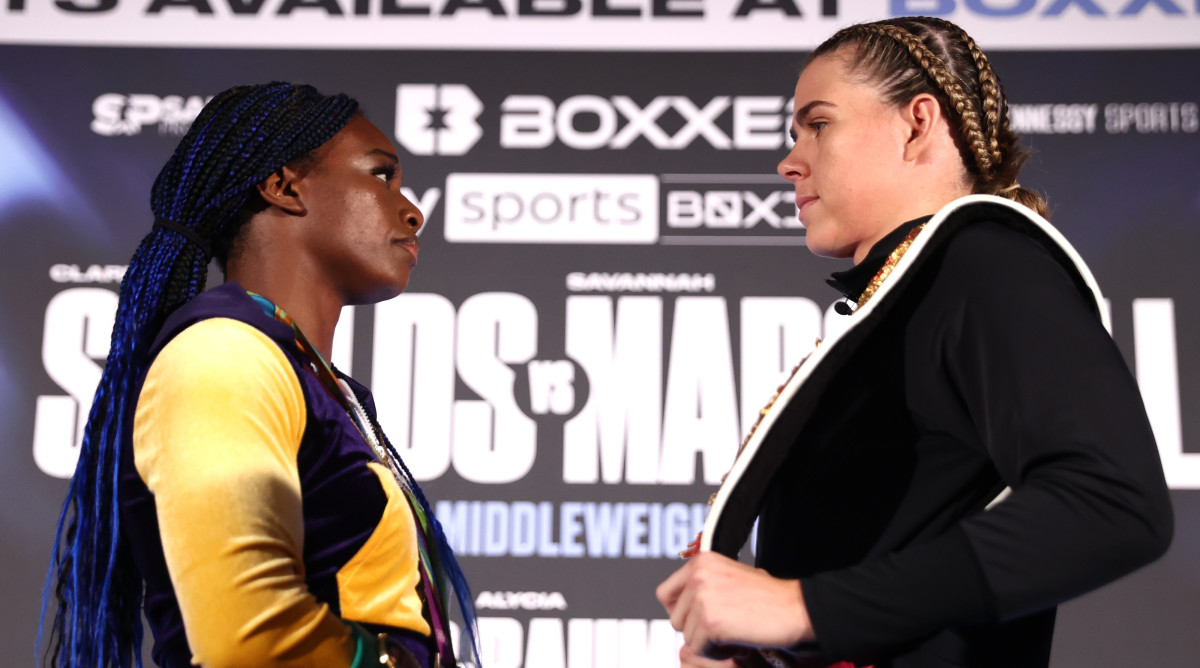 LONDON – Representatives for Claressa Shields are optimistic that Shields will be available to face longtime rival Savannah Marshall on Oct. 15 in the United Kingdom, Shields’s manager, Mark Taffet, told Sports Illustrated on Monday. Shields-Marshall, originally scheduled for Sept. 10, was postponed in the aftermath of Queen Elizabeth’s death last week.

In announcing the postponement, Boxxer, the lead promoter of the historic all-women’s card, said the card would be provisionally rescheduled for Oct. 15. That’s because Shields, a two-time Olympic gold medalist and three-division world champion, is scheduled to return to mixed martial arts and compete in the Professional Fighters League in November.

Taffet told SI he is negotiating with PFL officials to work out a resolution.

“[Claressa] wants to do the fight as soon as possible,” Taffet said. “She was ready physically and mentally. We are going to do our best to get that done.”

While one outcome is Shields’s return to PFL being pushed back, Taffet says Shields is keeping an open mind about facing Marshall on the 15th and going right into an MMA fight in late November. Shields is 1–1 in the PFL, losing her last fight by split decision to Abigail Montes last October—her only loss in professional combat sports.

Shields’s showdown with Marshall was one of the most anticipated fights of the year. The rivalry between the two fighters stretches more than a decade, when Marshall defeated Shields in an amateur tournament, the only loss of Shields’s boxing career. The two exchanged sharp words at a press conference last week, with Marshall labeling Shields a “bully” and Shields countering that Marshall has been “living off one amateur win for ten years.”

“I’ve got two Olympic gold medals and ten titles in [three] different divisions,” Shields said. “She has one belt. It’s like they’re trying to erase everything I’ve done in the past years. I have been dominating boxing for a decade. She’s done a great job promoting herself off of me.”

If Shields-Marshall is finalized, the rest of the card is expected to remain intact. That includes a 130-pound title unification fight between Mikaela Mayer and Alycia Baumgardner, which will serve as the co-main event. Also expected to appear in separate fights is welterweight Lauren Price, a 2020 Olympic gold medalist for Great Britain, and flyweight Ginny Fuchs, the captain of the ’20 U.S. Olympic women’s boxing team.