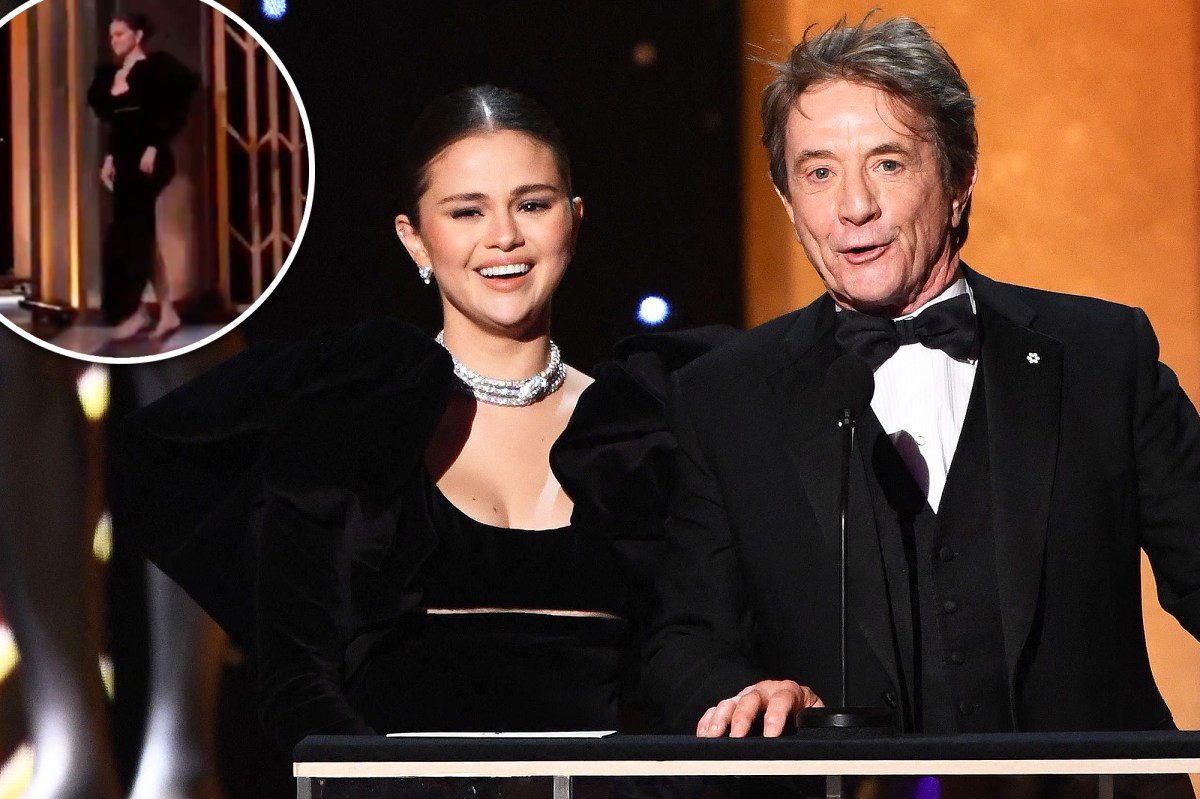 Selena Gomez sauntered on stage barefoot at Sunday night’s 2022 SAG Awards while presenting the award for outstanding performance by a female actor in a supporting role alongside her co-star Martin Short.

The “Only Murders in the Building” actress, 29, stunned in a black Oscar de la Renta gown. She accessorized her look — curated by longtime stylist Kate Young — with a necklace by Bulgari that boasts more than 200 carats of diamonds and is worth a whopping $1 million.

Gomez — who is also nominated for outstanding performance by an ensemble in a comedy series — appeared to wear black heels while walking the red carpet, but shoes for the show? Who needs ‘em?

Fans were quick to notice the star’s decision to forgo footwear — and shared their amused reactions on social media.

“selena going barefoot infront of some of the biggest celebrities is actually the most selena gomez thing she could do #SAGAwards,” one person quipped.

Added another, “Selena Gomez presenting barefoot at the SAG awards and I love it.”

Meanwhile, another tweeter joked that Gomez’s sartorial choice is ushering in seismic change across society: “Selena Gomez presenting at the SAG awards barefoot is definitive proof of the vibe shift.”

“Selena gomez why are you barefoot my love?” someone asked.

Only time will tell if Gomez cares to offer an explanation.