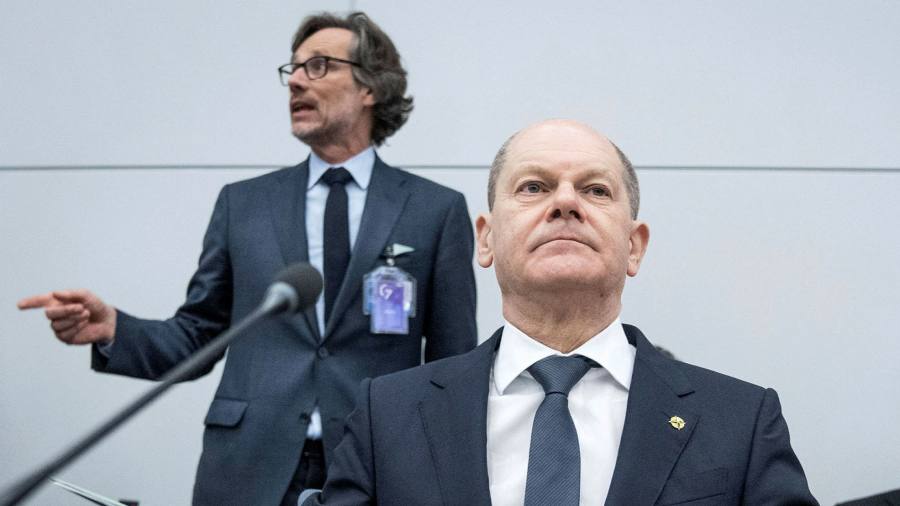 Politicians and commentators in Berlin have reacted with dismay to remarks by chancellor Olaf Scholz’s foreign policy adviser, who said the media should focus more on Germany’s future relationship with Russia than on supplying Ukraine with heavy weapons.

Jens Plötner was addressing accusations levelled at the German government by large parts of the media and opposition that it has been hesitant in its support for Ukraine, and much slower to supply it with heavy weapons than the US, UK and France.

Speaking at a debate at the German Council on Foreign Relations (DGAP), he said the discussion about helping Ukraine was driven by a “feverishness that misses the big issues”.

“You can fill a lot of newspaper pages with 20 Marders [a kind of infantry fighting vehicle that Kyiv has requested from Germany], but there are somehow fewer articles about what our relationship with Russia should be like in future,” he said.

“And that is at least as exciting and relevant an issue, and one we could be discussing,” he added.

The remarks prompted an angry response from Marie-Agnes Strack-Zimmermann, a prominent MP from the liberal Free Democrats, one of the three parties in Scholz’s governing coalition.

Strack-Zimmermann, chair of the Bundestag’s defence committee, said Plötner’s comments “reveal the way of thinking of the last few decades that brought us into this terrible situation”. “It’s not the time to think affectionately about Russia but to help Ukraine,” she added.

The remarks by Plötner, who rarely speaks in public, shed a rare spotlight on to the way Scholz and his team view the war in Ukraine. Scholz has come under attack from allies in eastern Europe for maintaining telephone contact with Russian president Vladimir Putin, despite the atrocities Russian troops are alleged to have committed in towns like Bucha and the devastation wrought by Russian planes and artillery on Ukrainian cities.

At the DGAP event, Plötner insisted that Germany was supporting Ukraine “politically, economically and militarily” “to a massive degree”. He was speaking just hours before Ukraine announced it had taken delivery of a number of PzH 2000 armoured howitzers — the first heavy weapons that Germany has supplied to Kyiv in the conflict. The PzH is the Bundeswehr’s most modern piece of artillery and can strike targets 40km away.

But Plötner also spoke of Ukraine’s possible membership of the EU, which will be discussed at an EU summit later this week, in terms the government in Kyiv might find unpalatable.

“Just because you’re attacked doesn’t automatically mean your rule of law improves,” he said. “The problems Ukrainians have suffered from are structural, they’re still there and they must be dealt with.”

Noah Barkin, an expert at the German Marshall Fund of the US, a think-tank, said: “The messages that Plötner sent are worrying for the people of Ukraine, Germany’s partners in eastern Europe and many of its closest allies around the world, including the United States.”

He said the comments raised questions about whether Scholz’s team was “learning the right lessons from Putin’s war”. “Can the people who promoted close ties to Moscow and Beijing for years pivot to a foreign policy vision that is fit for the challenges of this new era of systemic rivalry?” he asked.