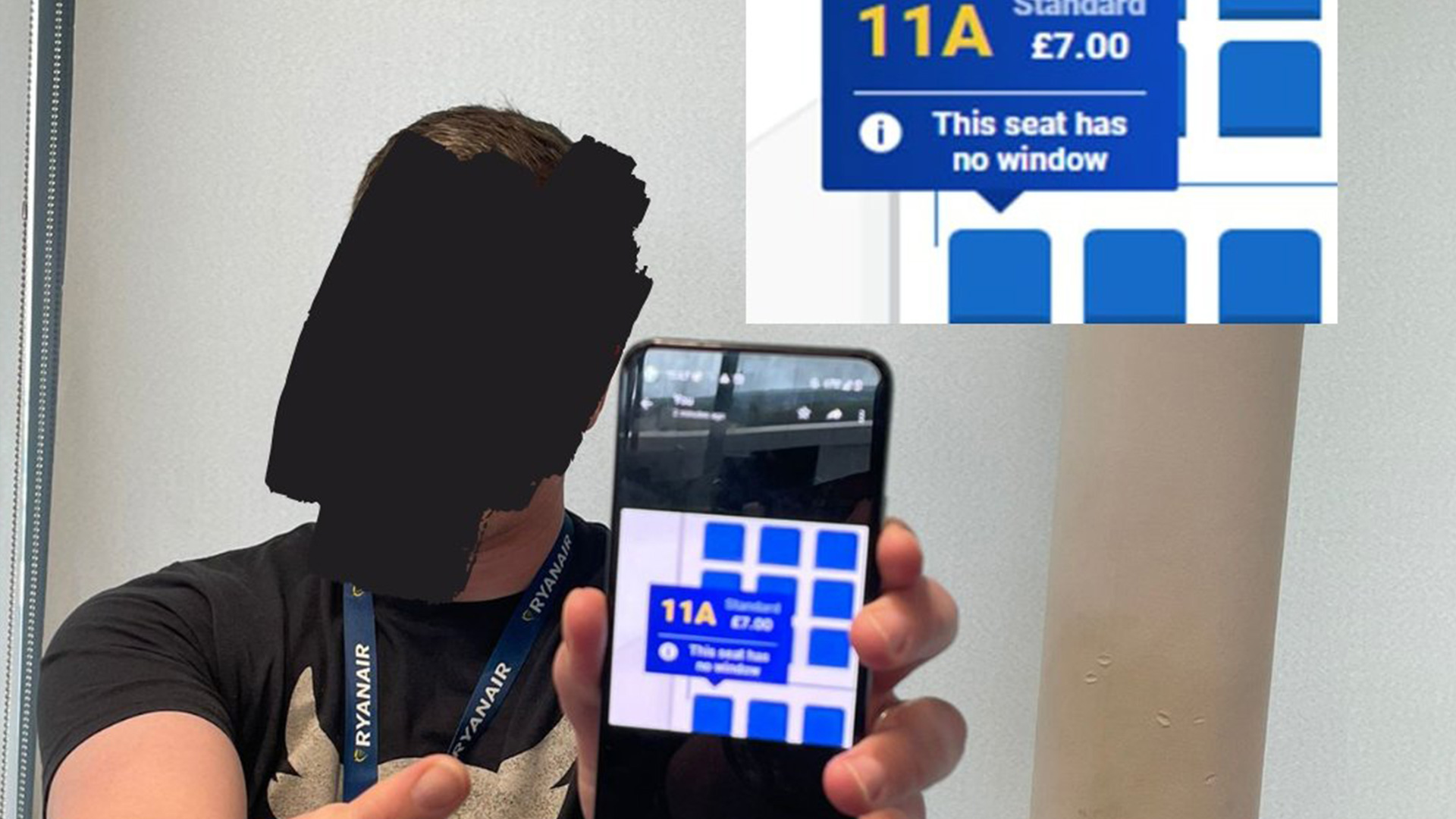 RYANAIR has cracked up social media users online with a witty response to an unhappy customer.

The airline clapped back at a woman’s jibe when she tweeted about the view from her allocated seat.

The passenger Paula Sanchez was annoyed that she had no window next to her on the plane – despite choosing her seat on the app.

She posted a photo of herself sitting next to the blank interior side of the plane without a view.

In the caption she sarcastically called out Ryanair‘s flight booking system and demanded a refund of the £7 seat allocation fee.

She wrote: “When you pay for a window and you get no window? Who is giving me the money back?”

But rather than bowing to Paula’s commands or apologising for the unexpected seat type, Ryanair replied with a cheeky comment a day later.

The tweet read: “We sell seats, not windows, Paula.”

Under the banter of the caption, the airline shared a photo of an employee pointing to the flight booking system on a phone.

A closer screenshot shows a notification popping up over Paula’s selected seat clearly warning her there is no window.

The joke sent Twitter into an uproar of laughter as 2,266 people retweeted their post and 55.8K liked it.

Several comments joined in the chuckles with more sarcasm.

One asked: “Fuming. Was just about to order a double glazed window from you.”

Another commented: “I’m with Ryanair on this one. If you pay four quid to fly to Benidorm straight from Grimsby Wetherspoons at 3am or six quid to some rural Slovakian airport made of old shipping containers then you get what you pay for.”

A third wrote, “Maybe you should offer BYOW (bring your own window)”.

While another said, “Paula’s been well and truly done here. Bravo Ryanair…. Seems Paula booked a direct flight to banterville…”

But others were disappointed by Ryanair’s humourous response to Paula’s complaint.

One said: “It’s the rudest answer by a custumer assistant I’ve seen in my life. Not everything is about price.”

And another added: “Bit of an attitude here Ryanair – remember customers, however annoying they may be, make your payday possible! Show a bit of respect!”

Paula herself added more explanation to her disappointment, saying: “It doesn’t mention that when you’re picking a seat of course, since it has no idea what plane you’re gonna be flying on.

“The screenshot Ryanair has attached is clearly from the website; lots of people use the mobile app tho and i’ve never seen that one tell you about windowless…”.

The tiff with Paula isn’t the first time Ryanair has got customers giggling on Twitter.

In May, the airline took a swing at those who work in cryptocurrency after its value slumped.

The tweet joked private jetsetters would have to become Ryanair passengers as their incomes wobbled.

Just last month, the account also replied to a complaining customer with sarcasm.

The passenger had tweeted: “13 years since i vowed i’d rather walk than get on another Ryanair flight, i find myself here.”

So the airline responded: “Your step count must be huge. Welcome back.”