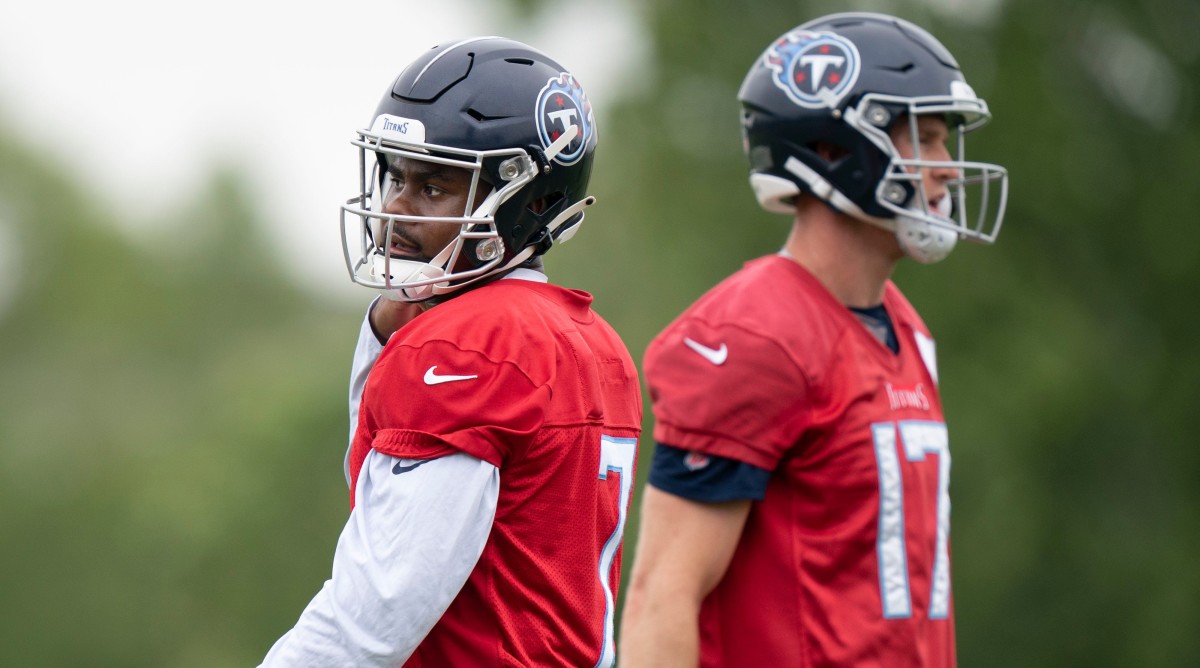 Titans quarterback Ryan Tannehill said Tuesday he was “disappointed” that his previous comments regarding mentorship of rookie Malik Willis were blown out of proportion.

Earlier this month, after Tennessee selected Willis in the third round of the 2020 draft, Tannehill said that he has “no problems” with Willis and knew that the team was looking to draft players that would make the team better. He continued by saying he didn’t think it was his job to mentor the rookie, but added that it would be “great” if Willis learns from him along the way.

“I meant no disrespect to Malik or anything close to that,” Tannehill said on Tuesday when speaking to reporters. “We’ve been in constant communication since he was drafted. … I’m really just kind of disappointed in how things got spun and twisted a little bit. I pride myself on being a great teammate my whole career going back to when I was a kid playing youth sports.”

Tannehill said Tuesday that he reached out to Willis right after those comments made the rounds to clarify what he meant. He reiterated that he expects the two players to compete everyday, but made clear to Willis that he plans to be a great teammate to him.

“As soon as it blew up I reached out to him and said, ‘Hey, I’m going to be a great teammate to you, I’m going to support you. They’re making this out to something that it’s not to be. It’s not what it’s been made out to be at all,’” Tannehill said. “He’s been good. He was great with it throughout the whole time. It’s been great to have him in the room and build that relationship.”

By picking Willis, the Titans signaled that they might be preparing for the future at the quarterback position. Tannehill, 33, has two years remaining on his contract and a potential out at the end of next year.

In three seasons with Tennessee, Tannehill has played well and has posted an impressive 30–13 record as the team’s starter. However, a three-interception showing in divisional round playoff loss at home to the Bengals last season prompted the franchise to look into the quarterbacks in this year’s draft class.

The Titans took the field together for the first time this offseason and both Tannehill and Willis were in attendance. So far, the new teammates seem to be getting along just fine.

“It’s been cool,” Willis said, per ESPN’s Turron Davenport. “He’s a great guy that works super hard and wants everybody to get their work. He’s definitely someone that you can look up to.”

For more Tennessee Titans coverage, go to All Titans.