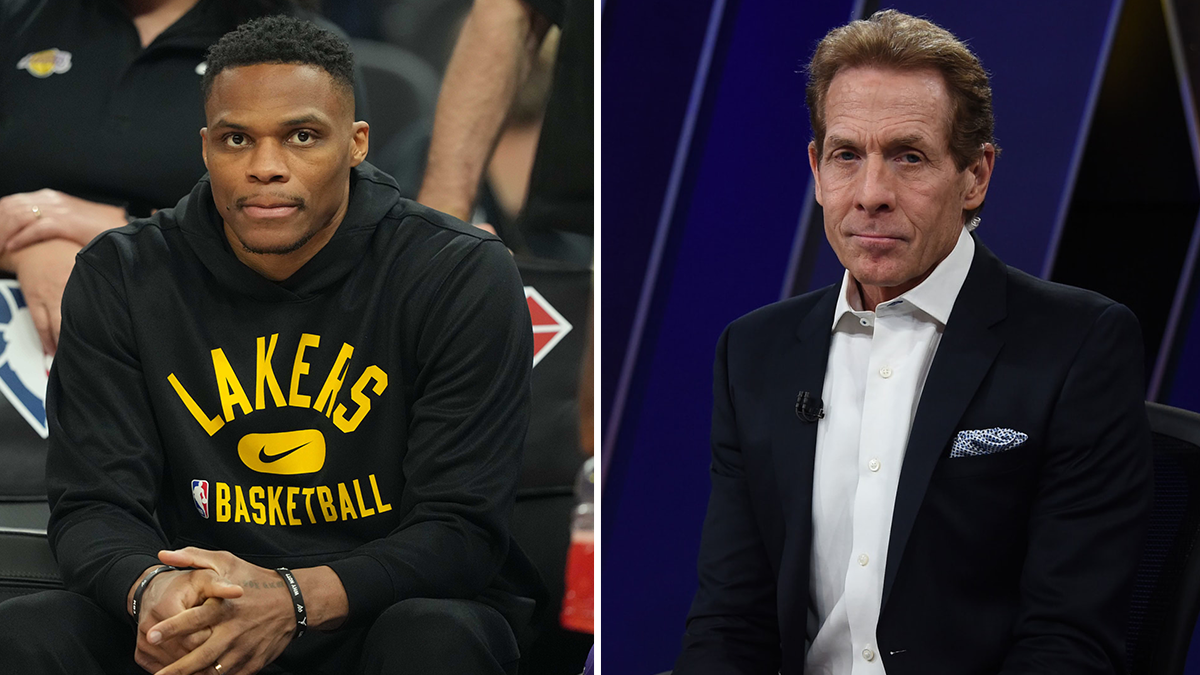 Russell Westbrook took an unexpected shot during the NBA draft on Thursday night when Skip Bayless criticized the Lakers pick.

Well, Westbrook wasn’t too happy with Bayless’s nickname for him, so he responded.

“Yoooo… watch your mouth. Don’t say anything here you wouldn’t say to my face,” he said.

Westbrook struggled in his first season with Los Angeles last year, averaging under 20 points per game for the first time since the 2009-10 season. He also shot under 30% from three-point range for the fourth time in five seasons and failed to surpass 70% from the free-throw line for the third time in four years.

However, it seems like the Lakers still believe in Westbrook as both general manager Rob Pelinka and Darvin Ham have implied he is coming back next year.

“Don’t get it messed up: Russ is one of the best players our league has ever seen,” Ham said after he was hired. “There’s still a ton left in that tank. I don’t know why people tend to try to write him off.”

Westbrook has a lot of doubters to prove wrong next year, and you can add Skip Bayless to that list.