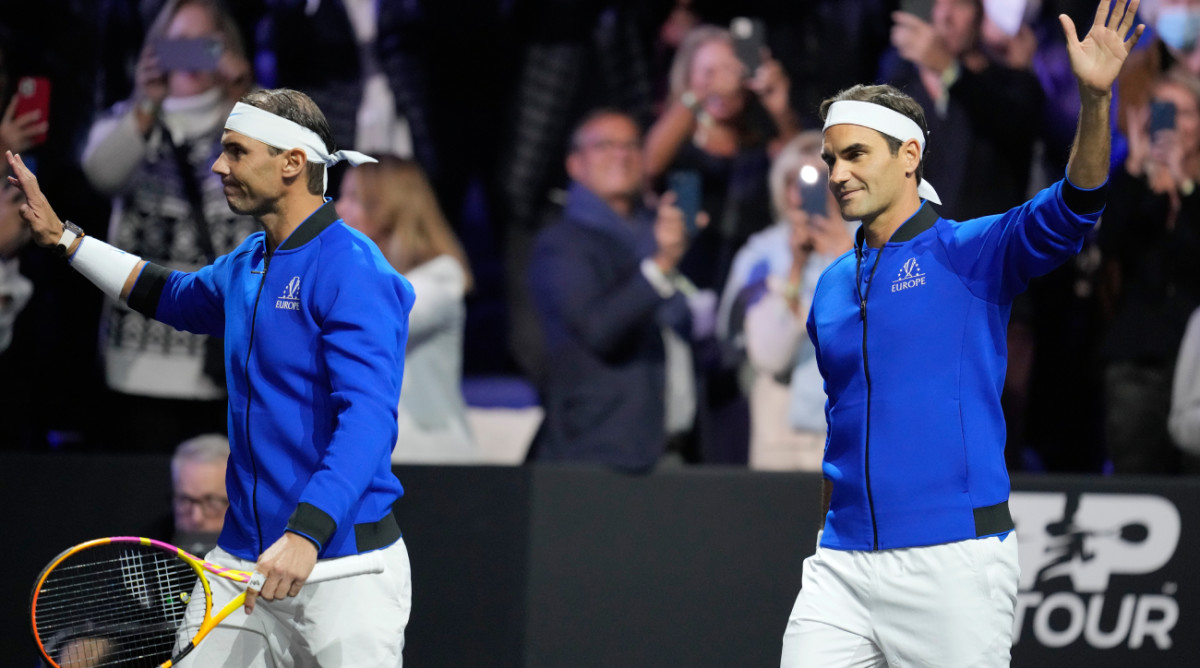 It was an emotional Day 1 at the Laver Cup on Friday as tennis fans bid adieu to Roger Federer following the final match of the 41-year-old’s illustrious career.

Federer, who announced on Sept. 15 the much-anticipated match would be his last, joined forces with long-time rival and friend Rafael Nadal for a doubles match against American standout Jack Sock and rising star Frances Tiafoe. The legendary duo did all they could to outlast their opponents but, when it was all said and done, it was Sock and Tiafoe who won the hotly-contested affair, 4–6, 7(7)–6(2), 11–9.

Federer and Nadal took the first set thanks to a Sock error at the net at break point following a volley from the 36-year-old Spaniard. From there, Team World and Team Europe, or “Fedal” as the duo came to be known on social media, picked up the intensity as the Americans found themselves up 6–5 thanks to an impressive overhead from Sock.

After rallying from being down 0-40, Federer and Nadal held on to pull even and eventually forced a second-set tiebreaker. Sock and Tiafoe, a 2022 U.S. Open semi-finalist, benefited from a Federer error to take the set and set the stage for a dramatic first-to-10 tiebreaker to decide the winner. A powerful Tiafoe forehand return on a Federer serve preceded the eventual match point scored on a Sock forehand to conclude a furious third set and the storied career of one of the sport’s all-time greats.

As the reality of the moment set in, Federer supporters and enthusiasts took to social media to pay their respects to the Swiss superstar as he heads into retirement. In his 24 years as a pro, Federer won 20 Grand Slam titles, the third most for male players behind Nadal (22) and Novak Djokovic (21), a record eight Wimbledon titles, and held the title of World No. 1 for a historic 237 weeks from February 2004 to August 2008.

Check out some of the best reactions to Federer’s farewell match below: