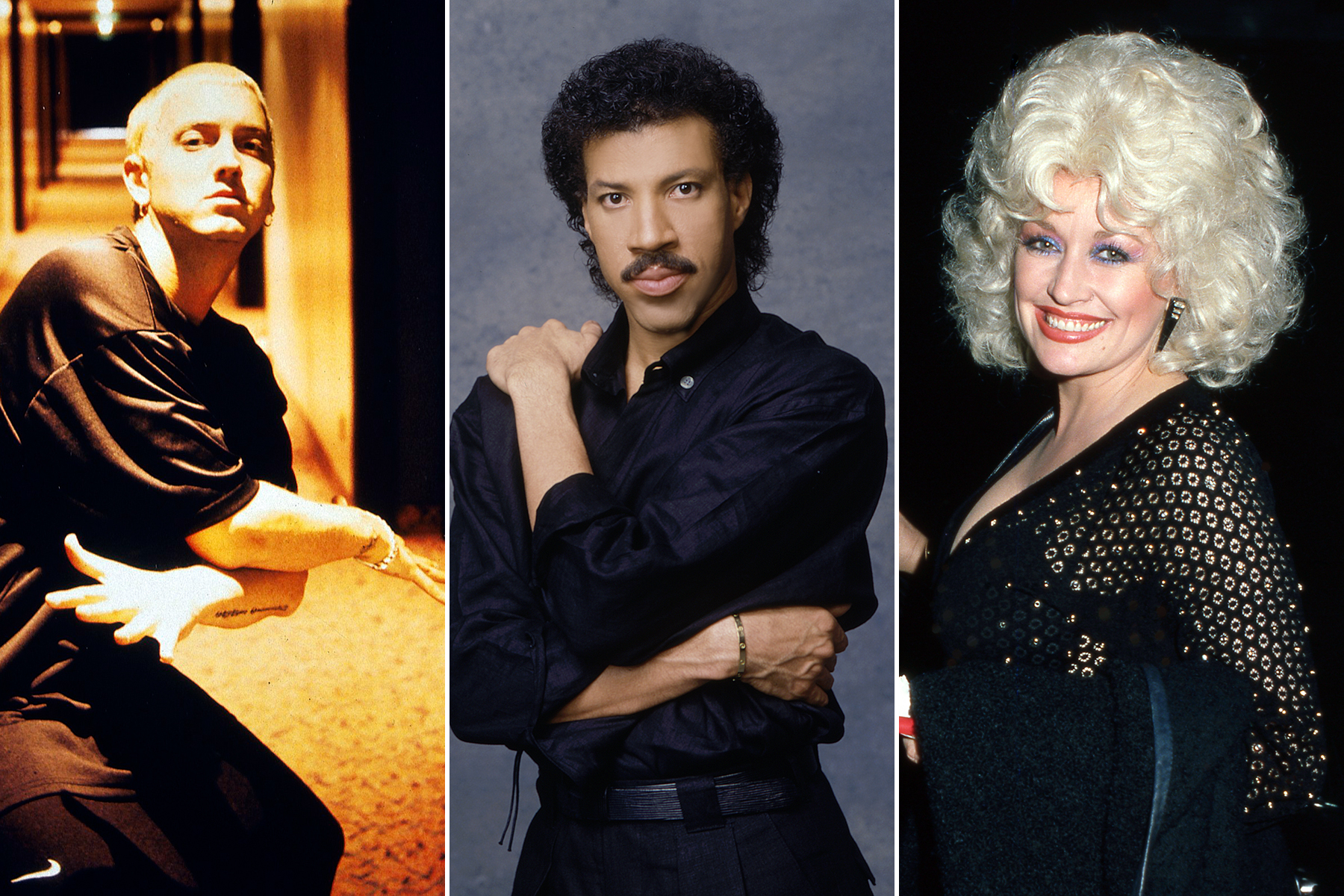 The nominations for the Rock & Roll Hall of Fame’s Class of 2022 are in, and the list features Eminem, Dolly Parton, Lionel Richie, Duran Duran, Beck, Pat Benatar, Carly Simon, A Tribe Called Quest, Kate Bush, Devo, Judas Priest, Eurythmics, Fela Kuti, MC5, New York Dolls, Rage Against the Machine, and Dionne Warwick. The top vote-getters will be announced in May and inducted in the fall.

“This year’s ballot recognizes a diverse group of incredible artists, each who has had a profound impact on the sound of youth culture,” Rock and Roll Hall of Fame Foundation Chairman John Sykes said in a statement. “Their music not only moved generations, but also influenced the sound of countless artists that followed.”

To be eligible for this year’s ballot, each nominee’s first single or album had to have been released in 1996 or earlier. Seven of the nominees (Beck, Eminem, Duran Duran, Dolly Parton, Lionel Richie, Carly Simon, and A Tribe Called Quest) are on the ballot for the first time, but Eminem is the only one to appear in his first year of eligibility. His debut LP Infinite was released in 1996.

Once again. the Hall of Fame has named the individual band members that will enter should their group get inducted. For Duran Duran, they selected the classic lineup of vocalist Simon Le Bon, keyboardist Nick Rhodes, guitarist Andy Taylor, bassist John Taylor, and drummer Roger Taylor along with “Ordinary World”-era guitarist Warren Cuccurullo.

Rage Against The Machine didn’t require the Hall of Fame to make many judgement calls. From day one, they have been bassist Tim Commerford, singer Zack de la Rocha, guitarist Tom Morello, and drummer Brad Wilk. For a Tribe Called Quest, they went with Ali Shaheed Muhammad, Phife Dawg, Q-Tip, and Jarobi White.

The Hall of Fame induction ceremony is often the place where estranged bandmates reunite for the evening. There aren’t many possibilities of that this time around, though it is possible that Duran Duran could play with former guitarists Andy Taylor and Warren Cuccurullo. It’s also an opportunity for Judas Priest to perform with former guitarist K.K. Downing and Seventies drummer Les Binks, and a chance for Dave Stewart and Annie Lennox to play again as Eurythmics.

A voter pool of more than 1,000 artists, historians, journalists, and members of the music industry will select the new class. Starting today, fans will also have a chance to take part in the process by voting at rockhall.com or at an interactive kiosk at the museum in Cleveland. Their selections will count as a single “fan ballot” that gets tabulated along with the others.

In recent years, the Hall of Fame has brought in several acts not on the ballot by giving them The Award for Musical Excellence, The Ahmet Ertegun Award, or the Musical Excellence Award. These picks are made solely by the Nominating Committee, and will be announced in May along with the rest of the class of 2022.

The 2021 class was inducted into the Hall of Fame October 30th, 2021 at the Rocket Mortgage FieldHouse in Cleveland, Ohio. They have not yet said where the 2022 ceremony will take place.