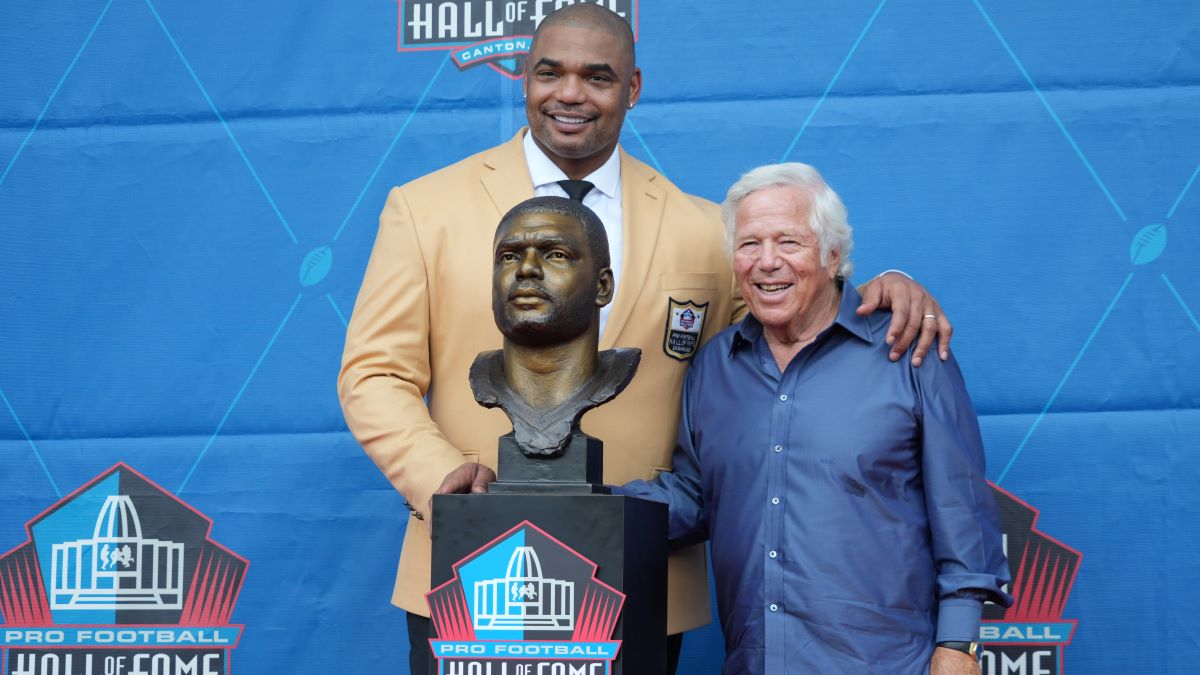 Richard Seymour sure hopes another prominent member of the New England Patriots winds up in the Pro Football Hall of Fame alongside him next year.

Seymour took time during his induction speech Saturday afternoon to praise and give a ringing endorsement to Patriots owner Robert Kraft, who was recently announced as a finalist for the 2023 Hall of Fame class.

“To the entire Kraft family, you showed us that being consistent in the little things added up to the big things. Always with heart and humanity,” Seymour said, as seen in a video on the Patriots Twitter feed. “You set forth the vision and earned success the right way.”

Seymour’s most impactful words about Kraft came immediately after those.

“RKK, thank you for being a mentor and a dear friend,” Seymour said. “You too will grace this stage.”

During his speech, Seymour, who spent eight of his 12 seasons in the NFL playing for the Patriots, also reflected on his time in New England, especially his first season with the organization. The hulking defensive lineman was also extremely complimentary of his former coach Bill Belichick.

Seymour was one of eight members of the 2022 Hall of Fame class, and it wouldn’t be a surprise to see him make a return trip to Canton next year to see Kraft possibly get enshrined.