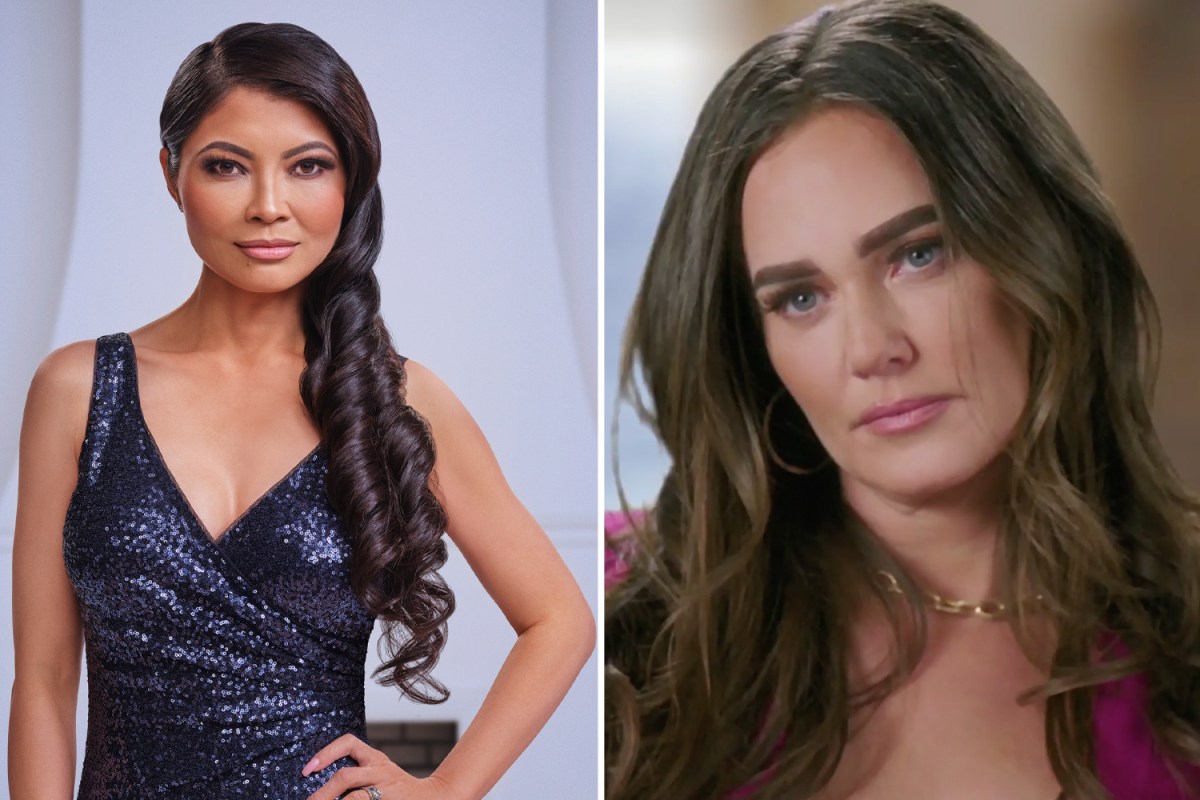 MEREDITH Marks is the latest Real Housewives of Salt Lake City star to speak out against costar Jennie Nguyen, after a slew of controversial remarks from her past resurfaced.

The backlash started last week, when dozens of Facebook posts by Jennie were unearthed mocking the Black Lives Matter movement and its protesters.

Almost immediately, her costars and fans of the Bravo show asked that Jennie, 44, be fired despite her public apology regarding the matter.

Meredith Marks is just the latest to express her outrage.

After initially tweeting “Vile” and nothing else after the posts were discovered, Meredith is now going into greater detail.

She tweeted: “I am sickened by my co-workers racist and prejudicial posts that recently surfaced. I do not stand behind or support these posts in any way, shape, or form.

“I stand with and support the communities affected and targeted by this.

“I am deeply disturbed and outraged by her actions. Black Lives Matter.”

She then added a cryptic threat, suggesting she is not satisfied with Jennie’s apology.

“You will see repercussions. As difficult as it is, give things a moment to come to light.

“Know that I do not support this behavior in anyway and will continue using my platform to speak out against it.”

The backlash followed the discovery of the reality star’s old social media account where she shared controversial memes considered “racist” and “anti-vaxx.”

The TV personality posted the racially charged “jokes” over a six-month period, throughout the Black Lives Matter movement of 2020.

On Wednesday, Jennie confessed to sharing the posts, and offered a public apology to fans.

“I want to acknowledge and apologize for my deleted Facebook posts from 2020 that resurfaced today.

“At the time, I thought I was speaking out against violence, but I have since learned how offensive and hurtful my words were.”

She continued: “It’s why I deactivated that account more than a year ago and why I continue to try to learn about perspectives different from my own.

“I regret those posts and am sincerely sorry for the pain they caused,” the Utah star closed.

Fans immediately jumped on the offensive, calling for Bravo to remove her from the RHOSLC cast.

“I’m calling on @BravoTV and @Andy #RHOSLC to immediately fire Jennie Nguyen! No half-hearted apology will work! She must be terminated!” one begged earlier this week.

One wrote on Twitter: “cant wait to get the announcement jennie nguyen is fired from rhoslc.”

A second agreed: “So Jennie Nguyen is ignorant, racist, trifling, a MAGAt…and apparently too stupid to scrub her social media before landing on a TV show?”

If Jennie was looking for any sympathy from her costars, she was greatly mistaken.

Along with Meredith, fellow Housewives Jen Shah and Lisa Barlow have unfollowed the ostracized star on Instagram.

And if fans and costars have their way, her Housewives career may be a short one.

The controversial star joined the cast of RHSLC in August as a full-time housewife and potential replacement for Jen Shah amid her criminal fraud charges.

The new addition was originally “hired as a friend” but due to Jen’s arrest and nationwide fraud scheme, the freshman’s role was elevated to be an official Housewife.

A source close to Jennie exclusively told The Sun: “Jennie was hired on as just a friend originally.

“But because of Jen’s legal stuff and unexpected delays in filming here and there, Jennie got a lot more screen time than everyone expected and got promoted to full-time by the end.”

However, the source made it clear that initially she was NOT hired as a “Jen Shah replacement” as the star’s legal problems weren’t even public yet when she got picked for the job.

The insider did explain though that: “Because of Jen’s problems, Jennie was a lot more involved and became full-time faster.

“So if Jen is not part of the show for season 3, Jennie will definitely want to step in and fill that role and void.”

We pay for your stories!

Do you have a story for The US Sun team?