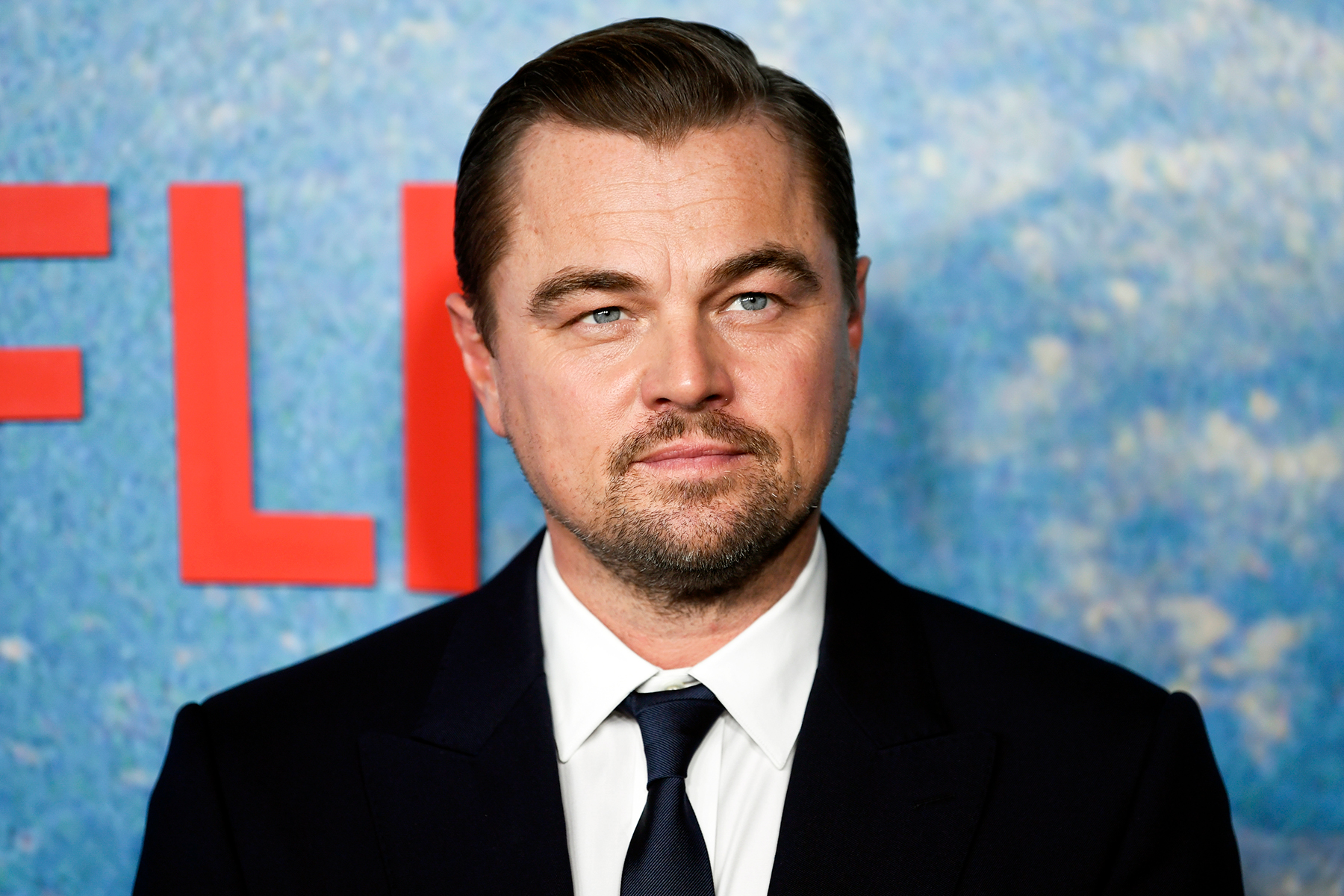 Republican politicians and conservative media pundits have been a little confused about how to respond to Russia’s invasion of Ukraine. The GOP, once known for its hawkishness toward Russia, softened its stance toward the murderous authoritarian as Donald Trump praised him incessantly throughout his time in office. He continued to do so even as Putin sent tanks into Ukraine last week, leaving conservatives in a quandary.

They’ve responded the same way they’ve responded to pretty much every other bad thing, from infectious diseases to high gas prices, which is by blaming their political opponents. Pinning an Eastern European war of aggression on American liberals may seem like a bridge too far, but that hasn’t kept scores of desperate right-wingers from trying to cross it.

Here’s an incomplete list of the paths they’re taking:

TikTok, iPhones, and The View

Tom Basile of Newsmax on Saturday blamed the invasion on the “wussification” of the United States, citing “TikTok, the opinions of the cackling hens on The View, and newest iPhone.” Instead of their cell phones, Basile argues, Americans should be focused on “tyrants at home and abroad.” Basile’s monologue, which went on for nearly six excruciating minutes, also took aim at the push for trans rights, “college kids in crayon therapy and the lawnmower parents and liberal professors who made them that way,” and, of course, President Biden, whom he bashed alongside a picture of a shirtless Putin riding a horse.

“The wussification of America is on full display and Vladimir Putin is going to waltz right in and conquer one of the largest countries in Europe” says @Tom_Basile. pic.twitter.com/0EsqtGb07Z

“What ever happened to the America that would put a boot up your rear end if you tried to bully us or one of our allies,” Basile added. He’s at least been consistent on this point, arguing in an op-ed for the Washington Times last July that the U.S. should not pull troops out of Afghanistan. “America’s forever wars must continue,” he wrote, adding that “a war-weary nation needs to recommit itself to the concept of freedom through strength.”

The most common invasion culprit cited by galaxy-brained conservatives might be the Biden administration’s reticence to mine every last fossil fuel from the planet. The less the United States and other Western nations drill for oil, the more reliant they are on Russia’s energy reserves, giving Putin leverage to take over Ukraine without facing serious repercussions. This may be true, but what’s even more true is that Putin is a ruthless autocrat who has long believed in Russia’s right to Ukraine, and who was going to try to take it over regardless of what the West is doing about the climate crisis (which, as a United Nations report detailed on Monday, is very much still a crisis).

Nevertheless, the right is blowing the energy issue out of proportion as a way to blame Democrats. Conservative commentator Charlie Hurt went so far as to dub the invasion “the Green New Deal war” during a recent interview with Tucker Carlson, adding that “100 percent of the blame” lies at the feet of Biden and John Kerry for the administration’s efforts wean the nation off fossil fuels.

Why blame President Biden and his climate initiatives when you can blame a teenage girl? Steve Bannon recently brought on a guy with a bucket hat and a soul patch to argue that there is a “direct causal link between Greta Thunberg … and Vladimir Putin’s dominance and being able to invade Ukraine last week.”

Steve Bannon brings on his “International Editor” to say that Greta Thunberg is responsible for Putin’s invasion of Ukraine. pic.twitter.com/gZWSZ6kFmt

“One of the reasons why Vladimir Putin is able to do this in the first place, one of the reasons why he feels emboldened is because of a set of energy policies that Joe Biden put forward,” he said last week, according to Media Matters. “Cheap oil is a deterrent from tyrannical Third World dictators from invading other countries. Could it be that Greta Thunberg and Leonardo DiCaprio actually might be to blame for what Vladimir Putin is doing? That’s a take you will not hear anywhere else.”

Ron Johnson, the conspiracy theorist from Wisconsin who recently announced he’s running for another term in the Senate, blamed the Democrats who impeached former President Trump for attempting to extort Ukrainian President Volodymyr Zelensky into digging up dirt on Biden. “I’m certainly hoping that Colonel Vindman, Adam Schiff, and Nancy Pelosi, who used Ukraine as a pawn in their impeachment travesty, are recognizing and reflecting on how they weakened Ukraine, weakened the West, weakened America by the divisive politics that they play.”

Trump almost immediately blamed non-existent 2020 election fraud for Putin’s decision to invade Ukraine. “It all happened because of a rigged election,” he told Laura Ingraham on Fox News last week. Trump earlier the same day praised Putin as a “genius” for sending tanks into Eastern Ukraine.

Russia has promoted a number of ridiculous rationalizations for the invasion, one which being that they simply want to rid Ukraine of Nazism. The idea kind of falls apart pretty quickly when you consider that Ukrainian President Volodomyr Zalenszky is Jewish. Far-right Arizona state Senator Wendy Rogers unleashed a few anti-Semitic tropes in explaining what’s behind the war, tweeting on Sunday that “Zelensky is a globalist puppet for Soros and the Clintons.”

“The bankers want a great reset and World War III,” she added a few minutes later.

“Do they have any idea how weak that made America look?” Steve Hilton said recently of a picture of Biden and military officials wearing masks in the White House. “To think they actually staged that photo. Did nobody in the White House stop to say, ‘You know what? If we’re trying to show a brutal dictator that we’re serious about standing up to him, it might not be the best idea to have our military chiefs cowering in pathetic little masks.’”

Fox Host bashes the administration over Ukraine because they wore masks in a photo pic.twitter.com/XJqFvOAOCV

“That picture captured better than anything else the collapse of American power, prestige, and credibility under Biden,” Hilton added.

Rep. Clay Higgins (R-La.) weighed in on Sunday, tweeting about “millennial leftist,” the “woke sky,” and a “non-binary fuss to save the world from intercontinental ballistic tweets” in an effort to argue that … it’s unclear.

He got dunked on by the dictionary, though.

We’re not entirely sure what this tweet is supposed to mean, and we’re literally the dictionary.

The chief cause of Putin’s invasion of Ukraine, according to conservatives, is, of course, Joe Biden. Here’s one of countless examples of Republican politicians and commentators lobbing blame at the president, courtesy of Rep. Ronny Jackson (R-Texas):

President Zelensky has shown exactly the kind of strength needed to stand up to a RUTHLESS, civilian-killing dictator like Putin. If only Joe Biden had shown the same strength, we would never be in this situation.

My heart and prayers go out to the people of Ukraine.

“If Donald Trump were president, none of this crap would be going on,” Sen. Lindsey O. Graham (R-S.C.) said last week on Fox News. “You got to be strong. When you’re weak is when everything falls apart. And Biden is weak, and Trump was strong.”

Trump’s takes on the invasion have also revolved around calling Biden weak. “The problem is not that Putin is smart,” Trump said Saturday at the Conservative Political Action Conference after a spiel about how sanctions are weak and ineffective. “Of course he’s smart. It’s that our leaders are dumb.”

You get the idea. The right is so desperate to cast Biden as weak that they seized on the fact that a camera was rolling as he walked away from a podium in the White House last week, the implication being that he should have … moonwalked out of the room? It’s unclear.

This is what weakness on the world stage looks like. pic.twitter.com/0Krq48gbIy

The Republican National Committee’s official research Twitter account now uses the image of Biden walking away from the podium as its header. The account recently tweeted a video of him and First Lady Jill Biden walking to Marine One, apparently in an effort to demonstrate that boarding helicopter is some sort of proof of incompetence.

A contrast in leadership. pic.twitter.com/TlR5pIxqaw

The question is what these people thing Biden should be doing instead of what he’s doing now. What would strength here look like, exactly?

Trump, for one, doesn’t seem to have any clue. “I think I know exactly what should be done,” Trump told the media while in Orlando for CPAC. “I would rather not tell him under this forum. I don’t think it’s appropriate.”

“I think you can say that Putin is out of his mind, and yes, maybe so,” croaked televangelist icon Pat Robertson. “But at the same time, he’s being compelled by God. He went into the Ukraine, but that wasn’t his goal. His goal was to move against Israel, ultimately.”

Robertson added that Putin will use Ukraine as a staging ground as he prepares to invade Israel. “Is Putin crazy? Is he mad? Perhaps,” Robertson continued. “God says I’m going to put hooks in your jaws and draw you into this battle whether you like it or not. He’s being compelled.”

Pat Robertson came out of retirement to claim that Putin “is being compelled by God” to invade Ukraine in preparation for a massive End Times invasion of Israel. pic.twitter.com/Pmwybf57Ay

Robertson may seem like he’s the crazy one here, but we’re not willing to write his theory off quite yet. God, as they say, works in mysterious ways.