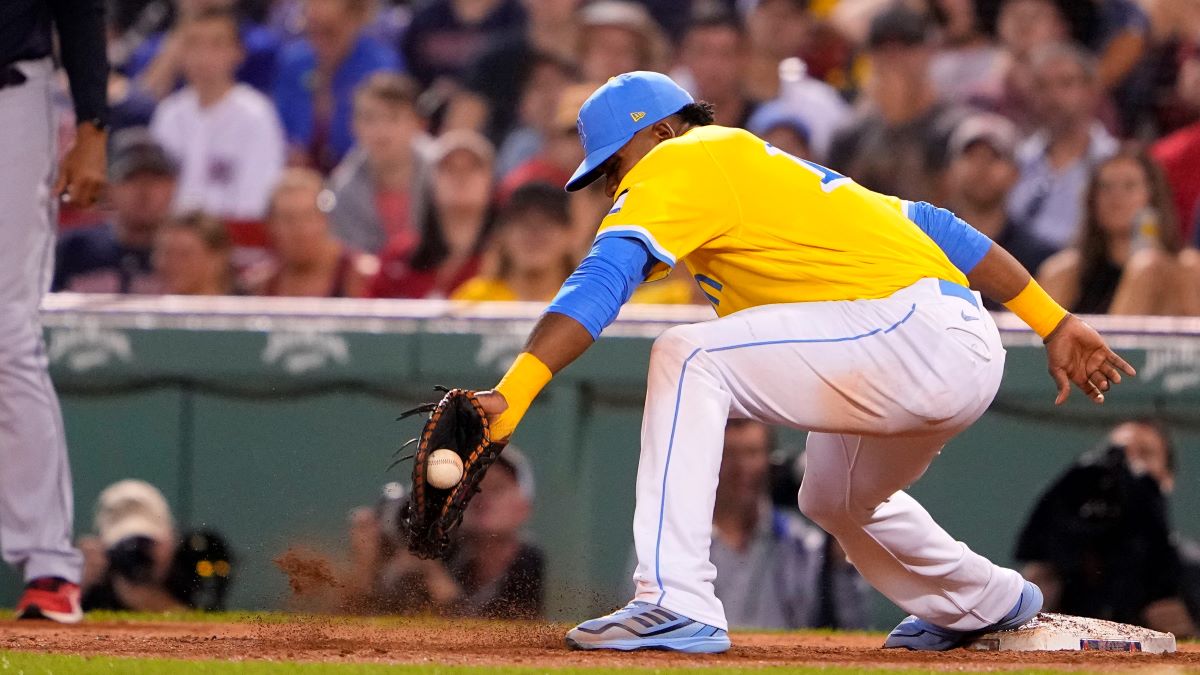 It has been a tough learning process for Boston Red Sox first baseman Franchy Cordero at the corner infield spot.

And it certainly didn’t get any easier Wednesday night.

Cordero, who has mostly played in the outfield in his career until this year, turned in an ugly defensive performance by committing three errors to contribute to Boston’s 7-6 loss to the Cleveland Guardians at Fenway Park.

The miscues continue to pile up for Cordero, as he now has been charged with eight errors in just under 50 innings played at first base this season, according to The Boston Globe’s Alex Speier.

“Those kinds of plays that are in-between, those are the toughest plays,” Cordero said through a translator, as seen on NESN postgame coverage. “That’s the first time I get to experience those situations in a game, so just try to learn from the mistakes and move on.”

Cordero made two errors on a single play in the second inning, which led to the first run of the game for the Guardians. Cordero first bobbled a grounder from Nolan Jones then he rushed the throw, trying to get the out at first — sailing past the covering Nathan Eovaldi and into the Red Sox dugout.

Cordero made a similar mistake on another ball hit to him by Jones to start the top of the eighth. Cordero threw the ball away as pitcher John Schreiber made his way to cover first allowing Jones to reach safely. Two batters later, Jones came around to score the game-tying run on a double by Myles Straw.