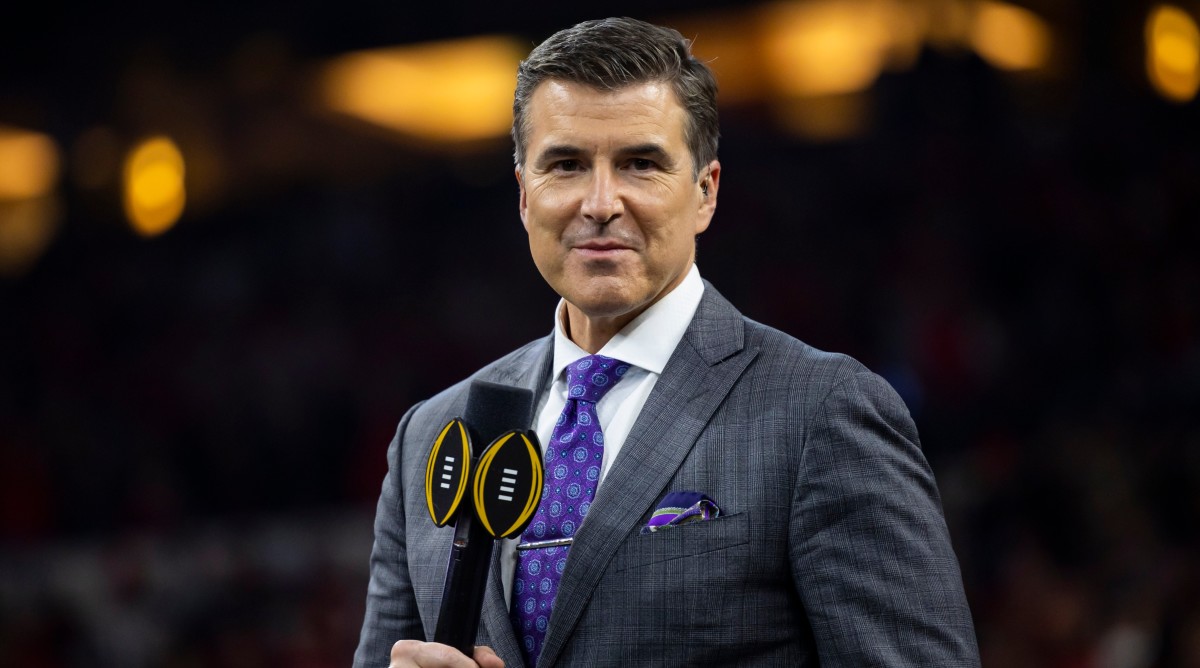 USC will take on Stanford in primetime on Saturday night in an early season matchup between Pac-12 rivals.

Though the game between the Trojans and the Cardinal isn’t exactly expected to be out of the ordinary, ESPN’s broadcast crew for the contest will look a bit different than usual.

Rece Davis, host of College Gameday, will handle the play-by-play responsibilities for the game instead of Chris Fowler, who is working the women’s U.S. Open final on Saturday. Fowler will be on the call for ESPN as No. 1 Iga Świątek takes on No. 5 Ons Jabeur at 4 p.m. ET, making it impossible for him to cross the country in time for a 7:30 p.m. ET kickoff at Stanford.

Saturday isn’t the first time that Davis has made way for the booth in place of Fowler, but he will have to make the journey from the College Gameday set in Austin to Stanford in time for kickoff. He’ll be joined by usual analyst Kirk Herbstreit and sideline reporter Holly Rowe on ABC.

The matchup between No. 10 USC and Stanford will mark Lincoln Riley’s first Pac-12 game as the coach of the Trojans. Both teams will enter the game at 1–0 after USC downed Rice and Stanford routed Colgate last weekend.

For more USC coverage, go to All Trojans.