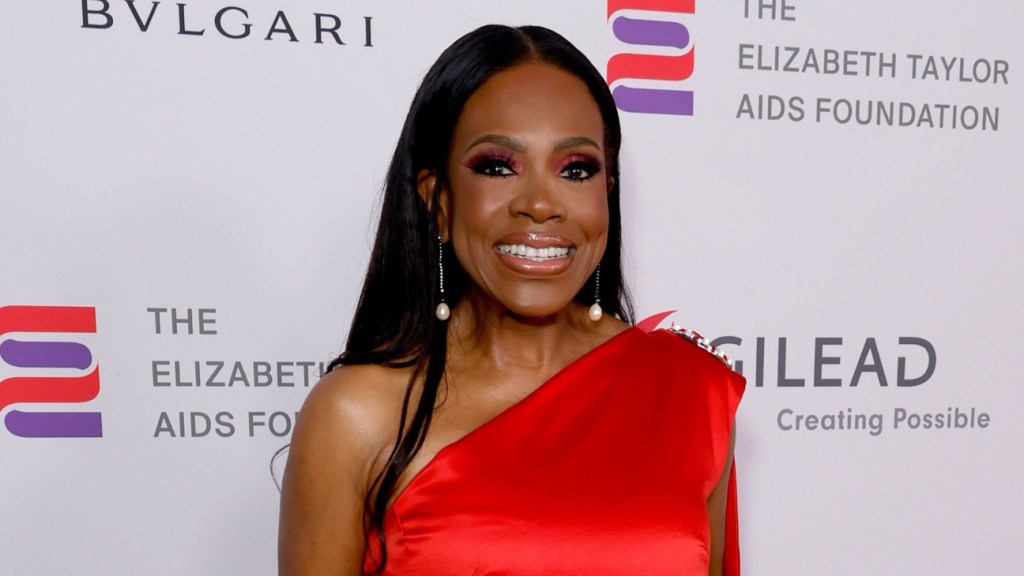 Fresh off her Emmy win on Monday night, the Abbott Elementary star turned up to the Elizabeth Taylor Ball to End AIDS at West Hollywood Park on Thursday night to accept her second trophy of the week. This one came her way for three decades of activist work in fighting the AIDS epidemic through her D.I.V.A. Foundation which has the historic shine of mounting the longest-running annual HIV/AIDS and health awareness benefit concerts in the United States. Decked out in a red gown and supported by her two children and Abbott co-star Lisa Ann Walter, Ralph made her way to the stage to triumphant applause.

Upon taking her spot at the podium under the lights and in front of 300 guests, including honoree Colin Farrell (who detailed his powerful bond with Taylor) and guests Paris Jackson, Jennifer Tilly and Alexandra Shipp, Ralph broke out in song by once again belting out Dianne Reeves’ “Endangered Species,” which she sang at the Emmys to viral results.

“December 20th, 1981, I made my Broadway debut. Actually, that is a lie, but it sounds much better than talking about the flop I made my debut with,” Ralph quipped in starting out her speech by recalling the origins of her foundation. “Dreamgirls. That was the best and the worst time in my entire life. The best, of course, was being the belle of the ball on Broadway. The worst was when you would see your friends/cast members drop dead of a mysterious disease. They got sick, and they died. They got sick. There was no dying process. They got sick, and they died. Some of them developed those strange purple marks on their bodies. They died.”

So Ralph sprung into action and eventually launched the foundation in 1990 as a memorial to the many friends she lost at that time as an original member of the Dreamgirls cast. Even if it was far from an easy time to be an activist, she said.

“It was an ugly time in America just 40 years ago. If you happen to be somebody in the LGBTQIA and plus community, I want you to know that somebody, 40 years ago, died for your rights today. For a trans person living in your truth, I want you to remember what it took for you to even be seen as a human being because in the fight, you were shut out because you made it less than worthy just being who you are,” Ralph explained. “The truths are not easy, and 40 years later, people want to act like it didn’t happen, but it did happen. It was horrible. It was ugly, and it was America. It spread to the rest of the world.”

She continued: “When you use your voice to speak up, people wanted to tell you, ‘You need to shut up. Nobody wants to hear about that.’ Even those who were infected told you, ‘This is not your fight. Stop it. You will make it worse for us.’ Because some people did not use their voice, did not speak up, were silent, it has become and still is horrible for all of us. Because no matter what you think, some woman in the South, in America is fighting AIDS right now. Some woman is living with HIV right now. Quiet as it’s kept, people still die of AIDS in America.”

And elsewhere. The night’s other honoree, Charlize Theron, couldn’t be in attendance as she’s filming The Old Guard 2 in Rome. She sent in an acceptance speech via video and said that her Charlize Theron Africa Outreach Project has partnered with the Elizabeth Taylor AIDS Foundation on a new initiative supporting young women, girls, the LGBTQ+ community and other affected populations in South Africa.

“This pilot program will be supporting work at the intersection of gender-based violence and HIV, driving vital resources to community-based organizations focused on responding and preventing gender-based violence,” said the Oscar winner. “I only have four words for all of us: Let’s go to work.”

Ralph leaned on a similar sentiment in closing her speech. “AIDS in America is still here. Raise your voice. Do the work. Decriminalize it, and open up your heart and your minds to people who do not look like you,” she said. “It’s Sheryl Lee Ralph, president, CEO, founder of the D.I.V.A., Divinely Inspired Victoriously AIDS Aware Foundation. For thirty years, we have made a way when there was no way for us. But we lit it. We are using our voice because I’m an endangered species, and I know where my voice belongs.”