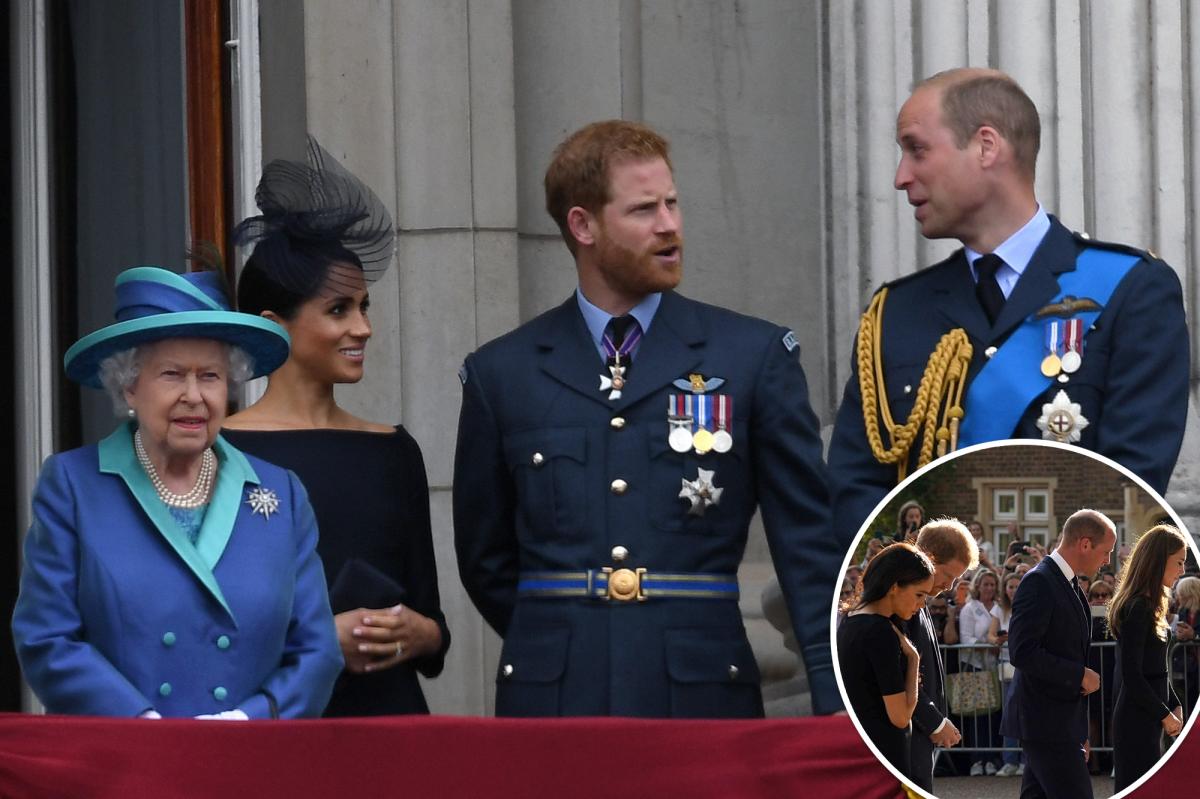 Queen Elizabeth II would be “proud” of Prince William for coordinating the surprise reunion with Prince Harry and Meghan Markle on Saturday, a royal scribe claims.

Royal fans were delighted when the estranged brothers and their wives emerged from a car to greet crowds gathered outside Windsor Castle.

William, Harry, Markle and Kate Middleton spent 40 minutes viewing a huge sea of floral tributes laid outside the UK castle in honor of the late monarch over the weekend.

They also took some time to read notes of sympathy and shake hands with well-wishers who were delighted by their presence.

The outing marked the first time the quartet have all appeared together in public since the Commonwealth Day Services on March 9, an occasion marked by grim faces and awkward body language.

We’re told the Prince of Wales, 40, was the one who actually extended the invitation for the Duke and Duchess of Sussex to join him and Middleton on Saturday, which was graciously accepted.

“We are all very grateful – both sides putting all things aside for the Queen,” a royal source exclusively told Page Six.

By offering an olive branch to his brother, William was choosing to live by his grandmother’s credo, which King Charles III described as someone with “an unerring ability always to see the best” in people.

“Clearly sensing that this was not a time for recrimination but reconciliation, it was as if the 40-year-old father-of-three was trying to reflect his elevated status as the King’s new ‘liege man of life and limb,’” the writer wrote in a piece published by The Telegraph on Saturday.

“This was not just a display of older brotherly love – but a statement of his elevation to the House of Windsor’s second-most-senior statesman.”

However, this wasn’t the first sign of frosty relations thawing between the Duke and Duchess of Sussex and the royal family.

During his first public address to the UK and Commonwealth as King Charles III, the new monarch showed support to his youngest son and daughter-in-law.

“I want also to express my love for Harry and Meghan as they continue to build their lives overseas,” Charles, 73, said of Harry, 37, and Markle, 40, in a pre-recorded video message that aired on TV Friday.

The Queen was famously quoted as saying that it’s “often the small steps, not the giant leaps, that bring about the most lasting change.”

With William’s small step of kindness – and help from “peacemaker” cousin Peter Phillips – perhaps his rift with Harry can finally begin to mend.